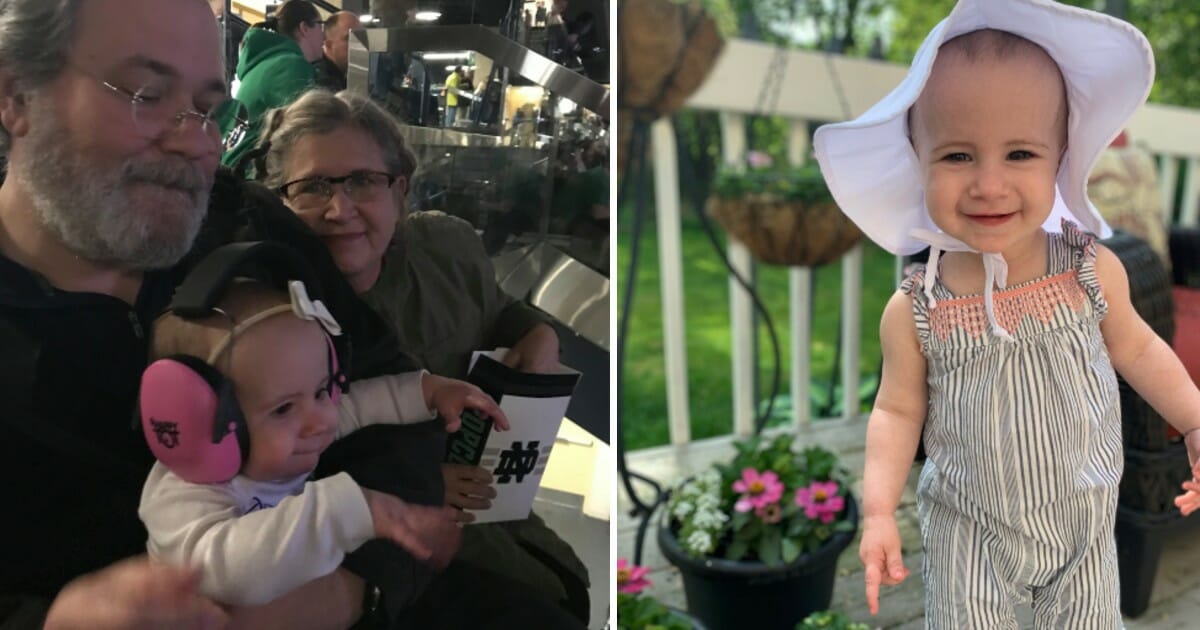 Charges have been filed against Salvatore Anello, the grandfather who was holding 18-month-old Chloe Wiegand when she fell 150 feet from a cruise ship.

The Puerto Rico Department of Justice, where the fatal incident took place, charged Anello with negligent homicide, according to the Associated Press.

Since Chloe’s death on July 7, the family has maintained that the 18-month-old did not fall from her grandfather’s arms as he held her near an open window on the 11th floor on the Royal Caribbean’s Freedom of the Seas.

Anello reportedly placed Chloe on a railing and thought there was glass that his granddaughter could hit. She went to bang on the glass, something she was known to do at her older brother’s hockey games, and then suddenly, “she’s gone.”

“We obviously blame them for not having a safer situation on the 11th floor of that cruise ship. There are a million things that could’ve been done to make that safer. I know my mom was asking people, ‘Why on earth is there a window open on the 11th floor without a screen or anything?'” Chloe mother, Kimberly Wiegand, told TODAY.

After an investigation into the fatal incident, Puerto Rican prosecutors submitted evidence that led to the charges against Anello.

“These criminal charges are pouring salt on the open wounds of this grieving family. Clearly, this was a tragic accident and the family’s singular goal remains for something like this to never happen again. Had the cruise lines simply followed proper safety guidelines for windows, this accident likely would never have happened.” the family’s attorney, Michael Winkleman told ABC News.

This is an absolute tragedy. This family has gone through so much. I can’t imagine how they’re feeling with these new charges.

Share this article to send them positive thoughts during this extremely difficult time.