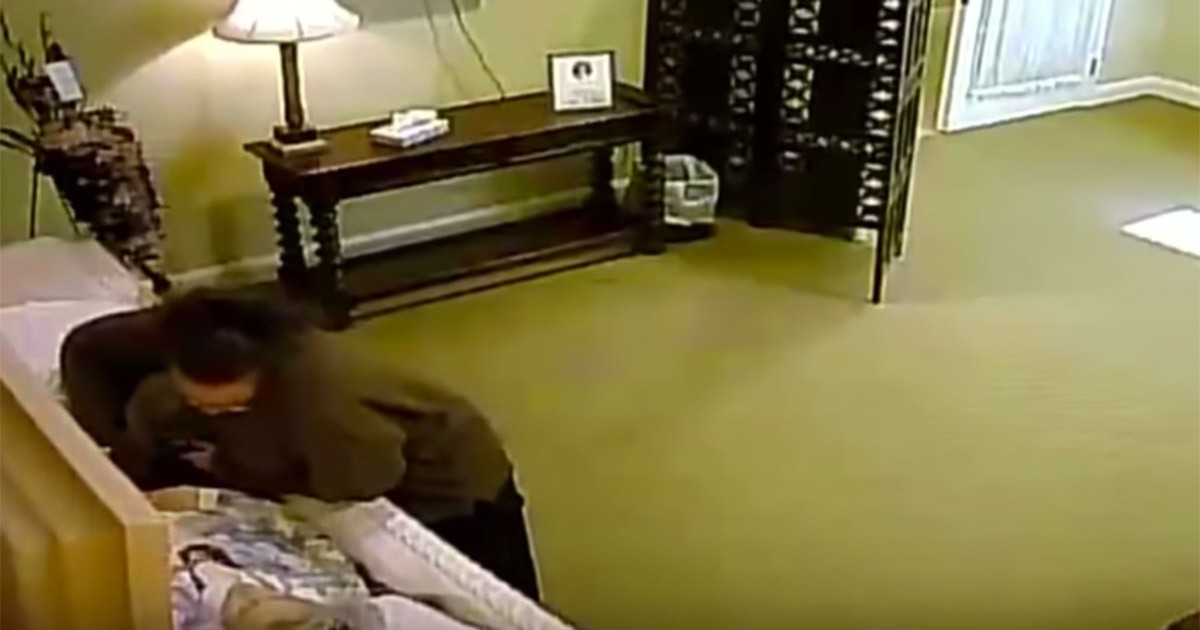 When 88-year-old Lois Hicks passed away in April 2016, her family was deeply saddened. They had lost a beloved wife, mother, grandmother, and friend. They soon held an open casket ceremony for her in Odessa, Texas.

But no one could have anticipated that a strange woman with no connection to either Lois or her family would sneak into the funeral home and do the unthinkable. And the footage from the funeral home’s surveillance camera left the family in complete shock.

After the family said goodbye to Lois on the afternoon of April 8, 2016, a woman came off the street and asked to use the funeral home’s toilet.

But when no one was looking, she slipped into the room where Lois lay in her open coffin.

Unaware that a hidden camera was filming her, the woman went to Lois, leaned over her dead body—and stole a diamond ring off of the dead woman’s hand.

Then she fled quickly from the scene.

Fifteen minutes later, Lois’ daughter Vel returned to the room. She immediately noticed that the diamond ring was missing and the skin on Lois’ finger was irritated and damaged.

“I can’t believe someone would be that low. It makes me sick to my stomach,” Lois’ daughter Vel McKee told Odessa American.

They contacted the police immediately, and after a few days, the thief was arrested.

But what the thief didn’t know? The diamond ring was actually fake and was only worth $10.

Please share this video if you also think that the stealing a ring off of a dead woman’s hand is completely unacceptable!