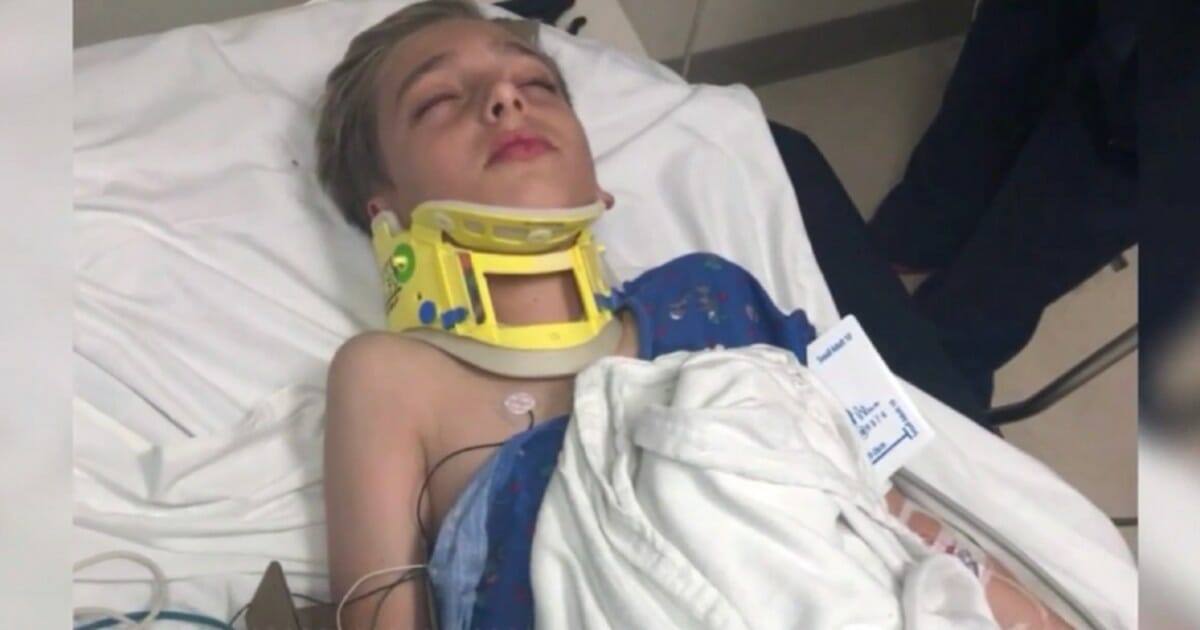 They say it’s all fun and games until someone gets hurt.

Well, that was the case when Gavin Reynolds and Rhode Hill were jumping on a trampoline and all of a sudden a gust of wind lifted them in the air and tossed them over a 10-foot privacy wall.

The two 11-year-old boys were jumping on Gavin’s trampoline when Gavin said they felt the gust before being carried several feet into the air and transported to the other side of a wall.

“It happened in the blink of an eye, and we just hit the ground,” Gavin said.

A security camera caught the terrifying moment as it unfolded.

Once they landed on the other side of the wall, in the street, Gavin was able to get up and hobble into his home for help while his friend laid in the street.

“I ran up to Rhodes, he was just super scared. He thought, ‘Ryan am I going to die?'” said Gavin’s father, Ryan.

Rhode was treated for a fractured elbow and pelvis, while Gavin suffered bruises and a sore back.

Despite the frightening accident, both boys are confident they’ll be back to jumping soon, though as long as the trampoline is tied down.

This isn’t the first time we’ve heard about an airborne trampoline, and it probably won’t be the last.

Currently, the American Academy of Pediatrics advises against home use, however they have listed several recommendations to ensure that children are kept as safe as possible when jumping.

I’m so glad these boys didn’t sustain worse injuries, but still what they went through was very scary.