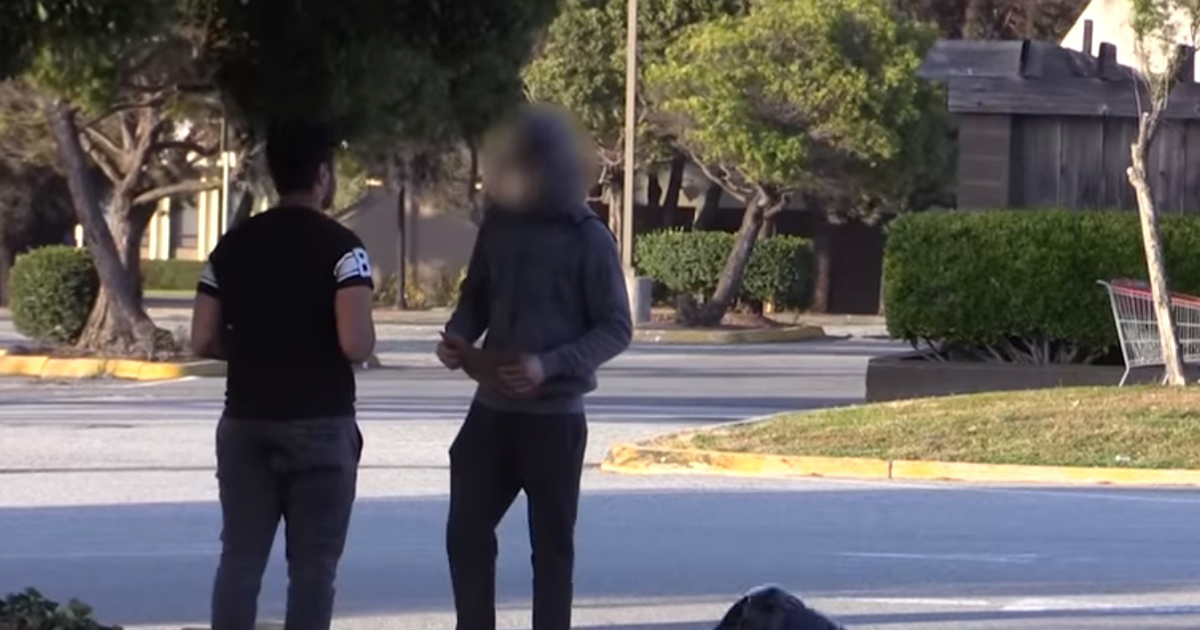 Many of us pass homeless people on the street every day, without talking to them.

But they deserve our respect and some of them are amazingly kind and generous people.

When YouTuber Johal went out on the streets to conduct a social experiment, he was expecting some pretty mixed reactions from people.

He was asking them whether they would help look for his daughter – who doesn’t actually exist – and he had fliers with a picture of her on.

Johal was looking to see how helpful people would be, but when he approached one homeless man and filmed his reaction over the next few hours, he was left completely speechless – and so was I.

Johal approached the homeless man (whose face is blurred) asking if he’d seen his ‘daughter’ as she’d gone missing a couple of days ago, and he was trying to find her.

The man said he hadn’t seen her, but he offered to take the flier Johal had and said he would call him from a nearby payphone if he saw her.

Over the next few hours, Johal’s cameraman secretly filmed the homeless person to see what he would do. And to Johal’s amazement, the man’s actions were completely amazing.

Instead of holding up his own cardboard sign – which asked for money – he held up Johal’s fliers for hours, trying to help him get his ‘daughter’ back.

This was even though the man knew that he would miss out on getting any money from passersby.

Johal approached the man later on and couldn’t thank him enough – he even gave him $200 to say thank you.

Watch the emotional story and the homeless man’s reaction in full below:

Please share with your friends to let them know how generous compassionate people can be!