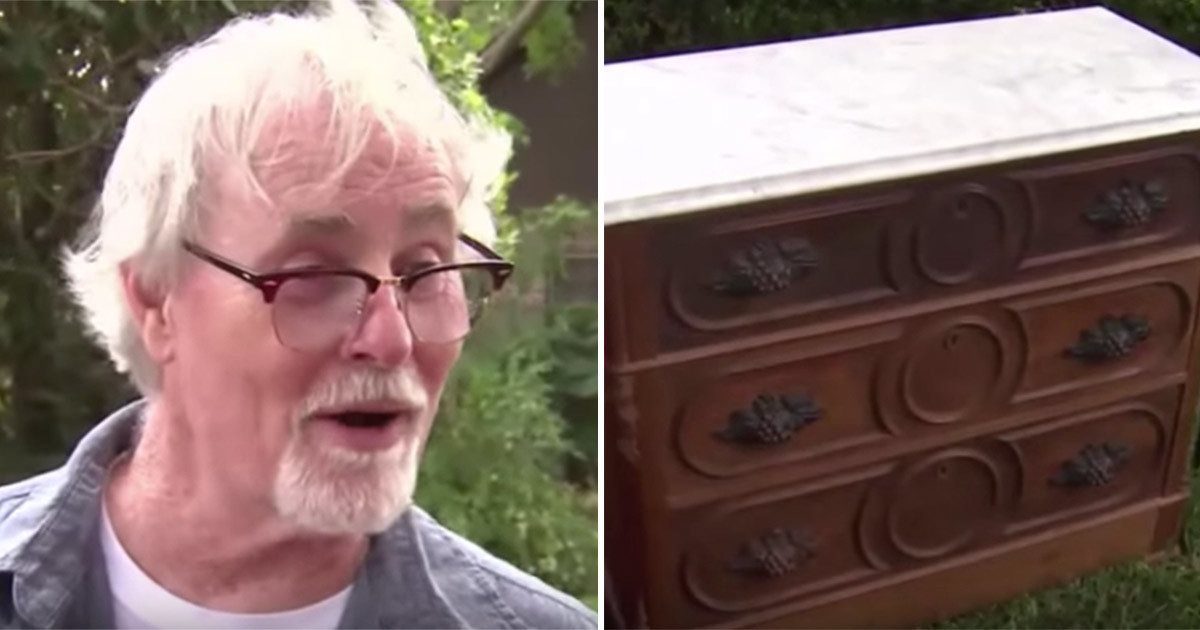 Sicty-seven-year-old Emil Knodell loves going to flea markets and finding bargains—so when he heard about a sale in the Bellville, Texas, he decided to swing by.

And it wasn’t long before he set his eyes on something he just had to have: a beautiful 125-year-old walnut dresser with a marble top.

Emil immediately decided to make a move for it—unaware of what was hiding inside.

When Emil Knodell found the vintage dresser, he knew it was a bargain.

The beautiful treasure hadn’t sold in three days, and the seller had lowered the price to $100.

Emil opened his wallet and paid for the dresser—but soon found out was that it was worth far more than $100.

When Emil loaded the dresser in his car, he heard a rattling sound, so he took a closer look—and realized that the dresser had a secret compartment.

The discovery made Emil’s jaw drop.

Inside the secret compartment was jewelry, diamonds, banknotes, coins, and medals from the past—in other words, it was a real treasure chest.

And while many people would have taken the treasure with open arms, Emil did something amazing.

He decided to return the treasure chest—so it could return to its rightful owner.

And with this happy ending, Emil had another reason to love going to flea markets.

It’s unbelievable that the secret compartment had been there all that time without the owner knowing about it. Please share this amazing story with your friends. Who knows, maybe they also have some secret treasure waiting for them at home!