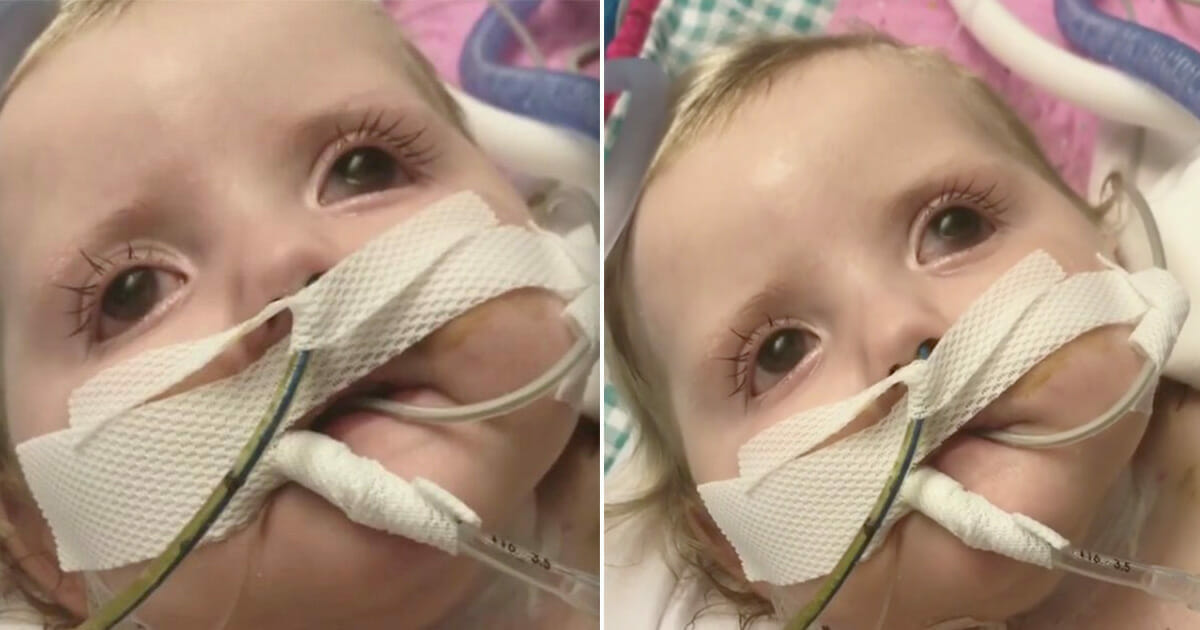 Until 2017, Sierra Hunt’s life did not differ significantly from the crowd.

The 24-year-old mom had two daughters, though she had, unfortunately, separated from the children’s father.

Christa, the youngest daughter, was only a few months old when her parents chose to part ways.

Although it wasn’t easy to be single mom with two small children as a 24-year-old, Sierra managed to keep up with everyday life relatively well. On top of that, her ex-husband also helped her with the kids sometimes.

On May 26, however, her life would change forever.

”The day before, my husband had picked up Christa and brought her home. I often called to hear that everything was okay. Every time he said she was doing well,” Christa said.

Little did she know that the next day would be the worst she had ever experienced.

Sierra went to work in the morning like any other day. Suddenly, her boss came running in and said she had to go to the hospital immediately: Christa was there.

As Sierra sat in the car on her way there, she saw that she had 20 missed calls from her mother.

”I went down to the emergency room and was very confused. As I ran through the corridor toward my daughter, I heard the worst scream I heard in my entire life. It was a strange moan and I didn’t believe it could come from my daughter.”

Unfortunately, Sierra was wrong: the sounds were coming from her daughter, and her condition was critical.

The little girl had tubes going in and out of her body and her eyes were completely lifeless.

The medical staff realized that the girl was in such bad shape that they had to transport her to a children’s hospital. Sierra wasn’t allowed to accompany her daughter in the ambulance.

Instead, she went by car with her mother. They were en-route when a nurse called, telling them they had to go back to the first hospital again. They didn’t quite understand why, but Sierra expected the worst.

When they got back to the hospital, Sierra and her mom were greeted by two police officers.

They told Sierra that her ex-husband had probably shaken Christa so hard she had suffered brain damage. He denied the charges, but the police didn’t believed his story.

Shaking a small child can result in serious injuries, such as brain damage, visual impairment or, in the worst case, death.

Doctors told Sierra that her daughter would most likely never come off life support, and if she did, it wouldn’t be during her first try.

Christa survived, but she had to stay in the hospital for two weeks following the incident.

Fortunately, she was able to leave the hospital, but she will never be the same again.

Sierra has since resigned from work to be able to spend more time with Christa, who now requires 24/7 care.

The little girl is blind, has Cerebral Palsy, Gastroparesis and problems with her stomach. She will probably never be able to move again without assistance.

Sierra’s ex lost custody of both their daughters and is not allowed to meet either of them without supervision.

”This life of being single mom to a shaken baby survivor is tough, but she is a fighter and she wants to live, and I will always be fighting right beside her. One thing I would like for people to get out of my story is, if you are in a relationship with someone who has been abusive towards you mentally or physically, never leave them alone with a child. Especially if there is a possibility they may be under the influence of something. I have my ideas about what happened to my daughter, but the reality is I may never know for sure other than what doctors and investigators tell me”, Sierra told Love What Matters.

If you want to support this young mother you can do it here.

I really hope that Sierra and her two daughters will be able to move on in life despite the horrible things they’ve been through.

Share this article with your friends on Facebook to wish Sierra all the best in the future.