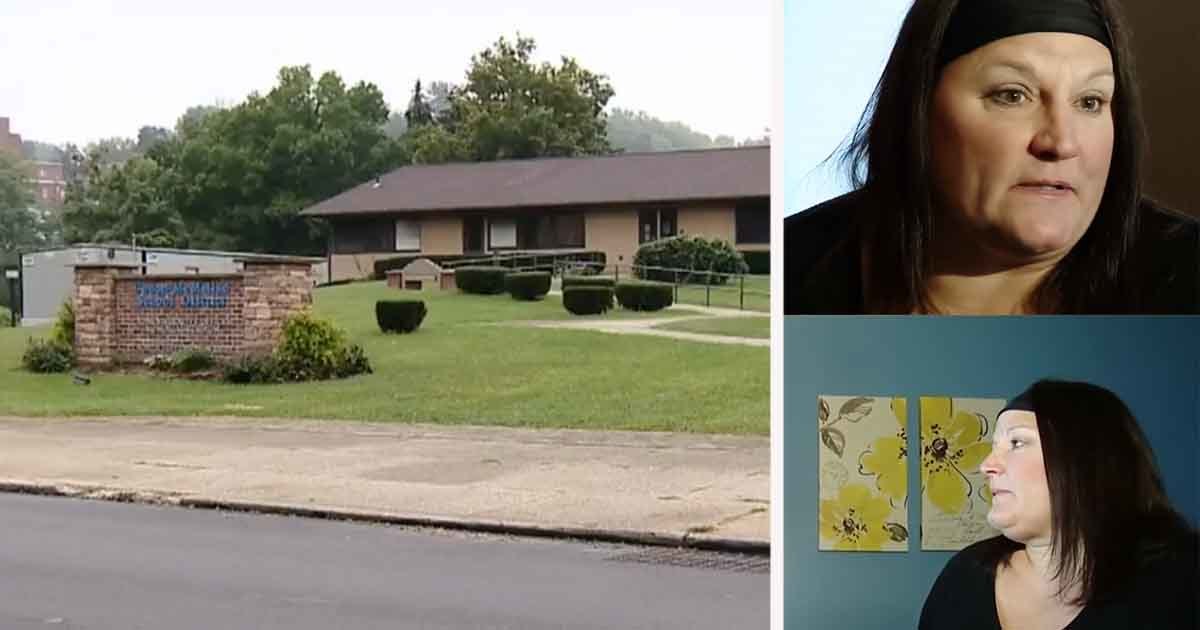 For children, lunchtime can be the best part of the school day. There may be things they don’t like about school, but sitting down and tucking into some tasty food can be a real highlight.

Some lucky students can dig into their favourite snacks in a lunch prepared by their parents. Others rely on school lunches – but this can still be great as there is nothing like a nice, warming lunch to break up the day.

But for some students in the Canon-McMillan school district in Pennsylvania, lunchtime has just been ruined.

Kids getting their lunch from the school cafeteria use a top-up card, or a pin number showing their balance, but a new school policy states any child whose family owes $25 or more in lunch money, can’t receive a hot lunch.

But after being forced to implement the new policy, and seeing the devastated looks on children’s faces, one cafeteria worker decided enough is enough.

Stacy Koltiska used to work in the cafeteria, serving food to children in the Canon-McMillan school district.

She would put hot lunches on the kids’ trays, before they went to the till to pay. But one day, after the new policy stating children whose family owed $25 or more to the school was introduced, Stacy was told she had to take a child’s hot lunch away from him and instead give him ‘one slice of bread with cheese on top’.

She then took to Facebook to warn families about what was happening:

ATTENTION ALL PARENTS WHO HAVE CHILDREN IN THE CANON McMILLAN SCHOOL DISTRICT!!! I need to inform you about a new policy involving school lunches that You may Not be aware of. As most of you know, I worked at Wylandville Elementary School’s Cafeteria. Although it was hot and hard work, I love the joy and excitement the younger children got from something as simple as a school lunch. This year Canon Mac implemented a new Rule 808.1. This rule states that any child who has a balance of $25 or more will not receive a lunch if they are in Grades 7 through 12. State law requires that children K through 6 must be given a lunch. In Rule 808.1 it says that children in K through 6 will be provided a “Sandwich” what You don’t know is that they are being given One Piece of Cheese on Bread. This isn’t even being toasted. Yet they are still being charged the FULL PRICE of a HOT LUNCH that is being DEINIED to them.

The first week of school on Friday, I had to take a little first grade boys chicken and give him this “cheese sandwich”. I will never forget the look on his face and then his eyes welled up with tears. I was going to resign on Monday but my mother passed away on Sunday so I forgot about it until yesterday when it happened again. I had the same sick feeling so today I resigned. What makes this even MORE SICKENING is that we throw so much food away EVERYDAY. So Our Children are being served cheese, being charged and denied the hot food that we then throw away. Once again, it comes down to Profits Over People but this time the People are Our Children.

If you are as outraged at this disgusting policy, please take a minute and e-mail Michael W. Daniels, Superintendent of Schools, Joni Mansmann, Director of Business and Finance. Jen Collins took my feelings and emotions and wrote an eloquent resignation letter that was sent to these people and others. She has a gift with the written word and said it much nicer than I could have. She also told me about a bus driver in another school district that heard kids were being denied lunch so he personally paid all the overdue accounts and then was Fired for posting on Facebook. I already resigned so please forward and spread the Word. I am only One Voice but if We all Come Together and Voice Our Outrage just maybe they will change this Policy. Probably not but its worth a shot. Thanks for Listening!!!

Stacy said the young boy started to sob when his lunch was taken away, and she felt sick about the whole thing.

She’s hoping she can help force the school to change its policy, as it is the child who is getting punished when it’s not their fault.

Watch a broadcast on the story below:

What do you think about the school’s new policy? Was Stacy right to quit? Share this story if you think she was brave to speak out against something she felt was wrong!