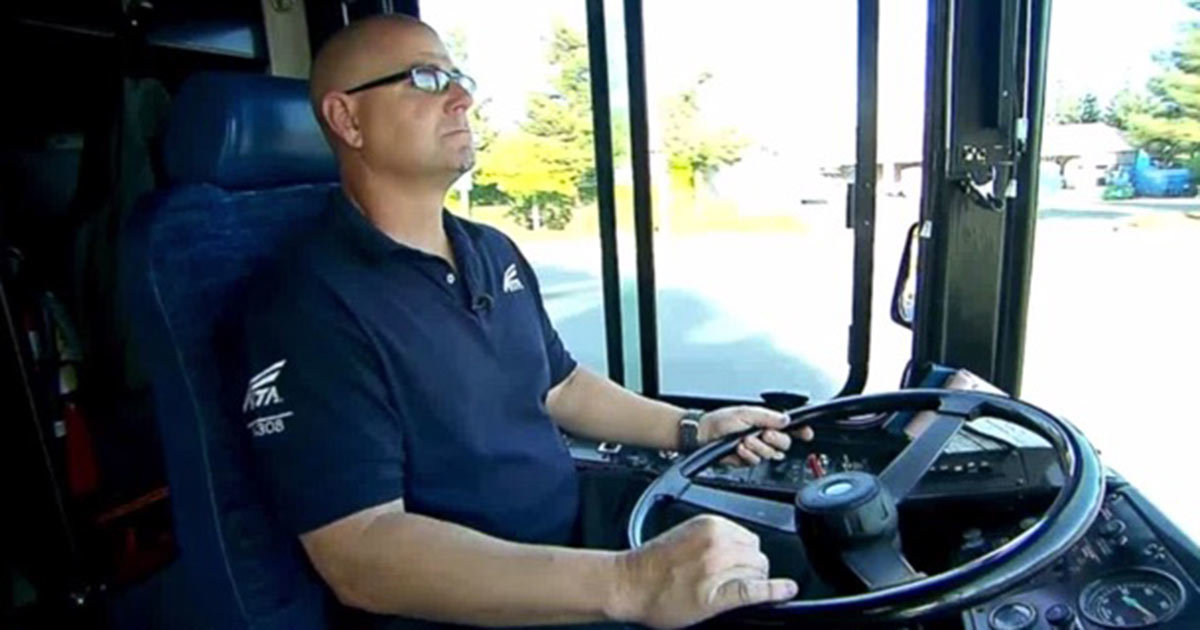 When a 3-year-old boy disappeared from his mother at a library outside of San Francisco, police quickly issued an alert. Then only an hour later, bus driver Tim Watson noticed a man on his bus with a little boy who matched the police’s description.  At first, Tim didn’t think much about it. But when he saw the boy start to cry, the father of two knew he had to act. And thanks to his paternal instincts, Tim came up with a brilliant plan to get the child to safety. To me, this story is all about acting on your hunches – even if that means sometimes taking a chance that you could be wrong. Tim certainly decided to do that, and in doing so, may have saved a life.

When Tim Watson realized a boy on his bus might have been abducted, he acted quickly and carefully to get the out of harm’s way. The bus driver announced that someone had left a green backpack on the bus, pulled the bus over, and started asking passengers about it. Little did the passengers know that it was just a pretext for Tim to get a closer look at the boy.

When Tim saw that the boy was wearing clothes that matched the police description, the driver returned to his seat and secretly alerted the police. They met at the next bus stop and promptly arrested the man and reunited the boy with his mother.

After Tim’s heroic act, people around the country praised him for his effort. Tim replied rather humbly, “I feel I did what any father would do.”

Watch the news clip about Tim’s brave effort below. I really think he deserves all the attention in the world. What a hero!

Are you also thankful that Tim and the police were able to stop the little boy’s abduction? Share this video to show your appreciation!