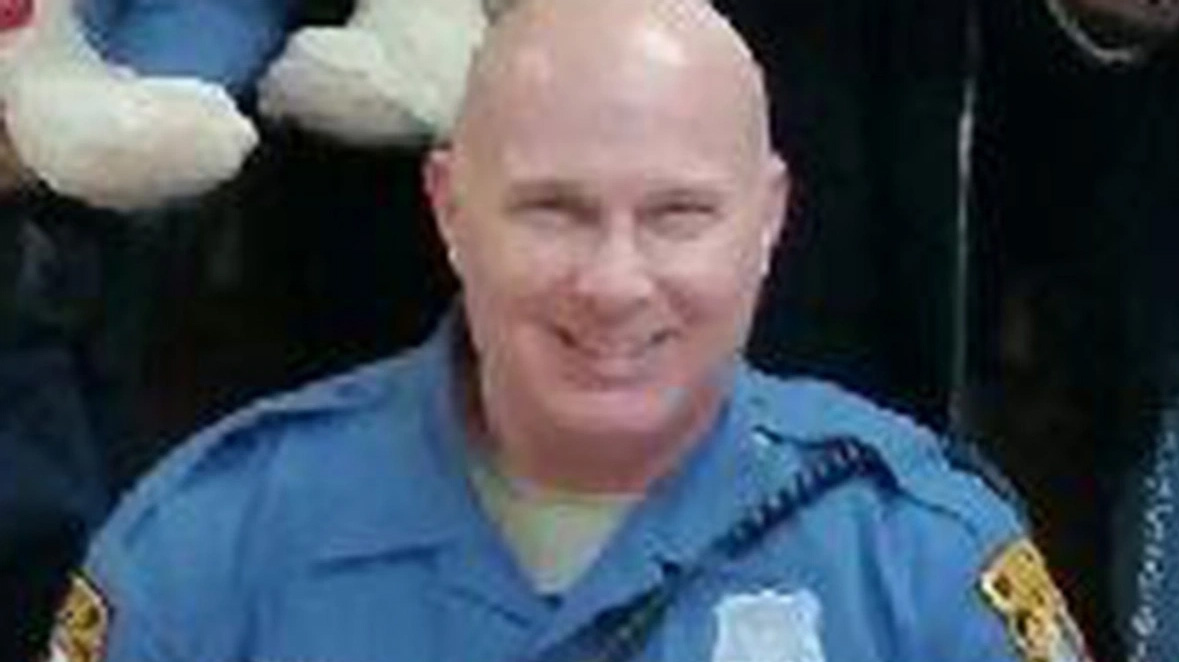 A police officer and dad has died hours after jumping into a river to save a woman’s life.

Sean Peek was responding to reports of an ambulance being struck by an unknown object in the early hours of Sunday morning.

When the 49-year-old South Jersey police officer arrived at the scene he saw a woman running into nearby woods and then she jumped or fell into a river.

Officer Peek, a 15-year veteran of the Cumberland County police department, jumped into the water after the woman.

“Sean made a decision as would any officer and entered the water in attempt to pull the person from the running waters no matter what the circumstances,” Bridgeton Police Chief Michael Gaimari Sr. said.

“The woman eventually made it across the river but Officer Peek had difficulty making it back to shore as he was still donning all of his equipment and gear,” he added.

Officers helped Peek from the water and then apprehended the woman. They were both taken to hospital and Peek was treated, released and relieved of duty until cleared to return to work.

Officer Peek was found unresponsive by family members later that day. His cause of death is yet to be determined.

A Facebook post from The Bridgeton Police Department announcing the father of one’s death said Officer Peek would be sorely missed.

“We are naturally devastated here at the department, Sean was a fine officer and a friend to all and always acted in an exemplary fashion when representing the department and the City of Bridgeton,” Bridgeton Police Chief Michael A. Gaimari Sr. said in the post.

The woman who Peek went into the river to help, a 29-year-old woman from Connecticut, is charged with burglarizing several city-owned structures – including the EMT station – and breaking windows, police said.

She was held in county jail pending the results of the investigation, as reported by NBC 10 News.

My heart goes out to the family of Sean Peek, he is a hero. Please share.