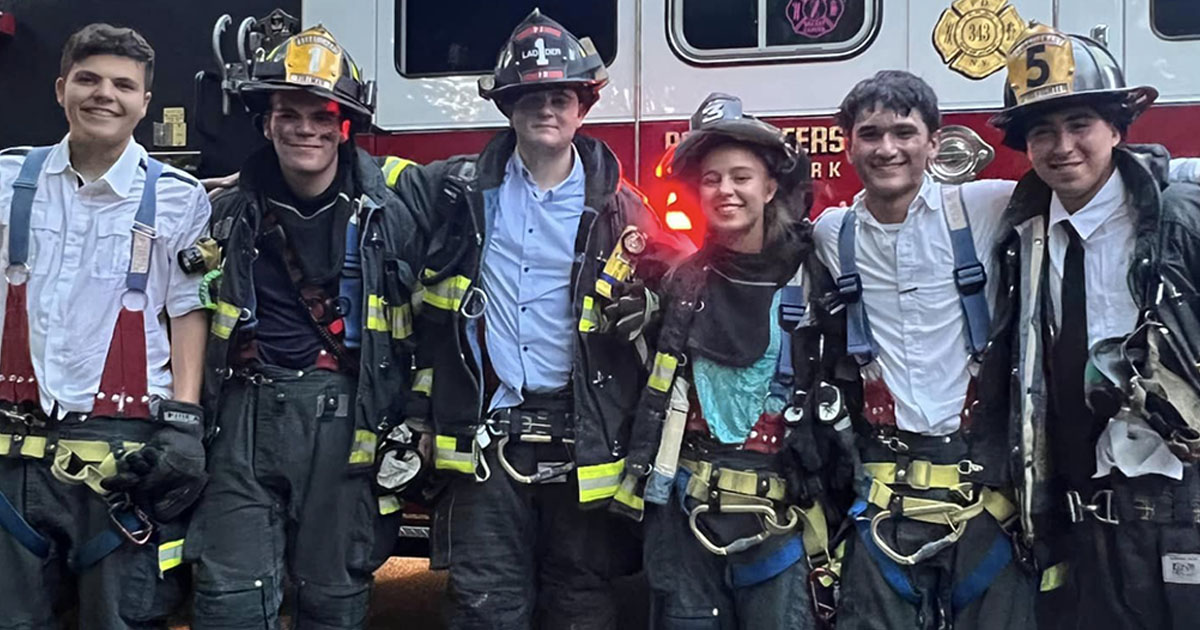 High school students all over the United States are busy celebrating their graduations. Similarly, these students from Long Island were excited about their own ceremony.

However, their dedication to their call of duty was much greater and cut the festivities short.

Six students from Port Jefferson High School rushed in their ceremonial gowns and caps to fight a fire. They were identified by their principal as Ryan Parmegiani, Kasumi Layne-Stasik, Hunter Volpi, Andrew Patterson, Shane Hartig, and Peter Rizzo.

All six of them are between the ages of 17 and 18 years old. Like many high school seniors, these six were also busy in celebrating their graduation. In fact, they had just walked the stage and were taking pictures with their families, posing with their diplomas.

Six of the students at the festivities were also volunteers with the Port Jefferson Fire Department. They suddenly received a notification about a nearby fire and sprang into action.

They immediately dropped everything and rushed to the fire station. The students did not even take off their graduation robes and hurried as fast as they could to do what they had been training for.

“We were still in our gowns, and we still had our diplomas with us and we stripped off our gowns. I didn’t even realize I still had my tie on,” 17-year-old Rizzo said in an interview.

Two of the students were seated in the first truck that arrive at the scene while the other four followed in the ladder truck. The fire coincidentally was at the home of one of their class fellows. The six students were just a little while celebrating their graduation with the same person whose house they were now rushing to save.

The fire was promptly extinguished and no one was injured.

Port Jefferson fire chief Christian Neubert said, “Port Jefferson is a very small community. You know that saying, ‘it takes a village?’ This is that place.”

Neubert told the media that the six young high-schoolers had joined the department in the fire department’s junior volunteer program when they were just 14 years old.

According to the fire chief, the children had undergone intense training and had become full-fledged volunteers for a year to a year and a half. He praised the six teens for their performance saying, “…you don’t know how somebody is going to perform until they’re actually out there doing it,”

He further added, “I’m incredibly proud of them.”

While their graduation had not gone as they had probably imagined in their high school years, it will still be something they remember for a long time.

“I got more pictures of me at the fire than I did at graduation. But overall I definitely remember it [as] a cool memory and a cool story to be able to tell people,” said 18-year-old Parmegiani.

These teenagers surely are amazing! Sacrificing their graduation to help their community surely is commendable.

Share this piece to tell everyone about their amazing act of bravery!