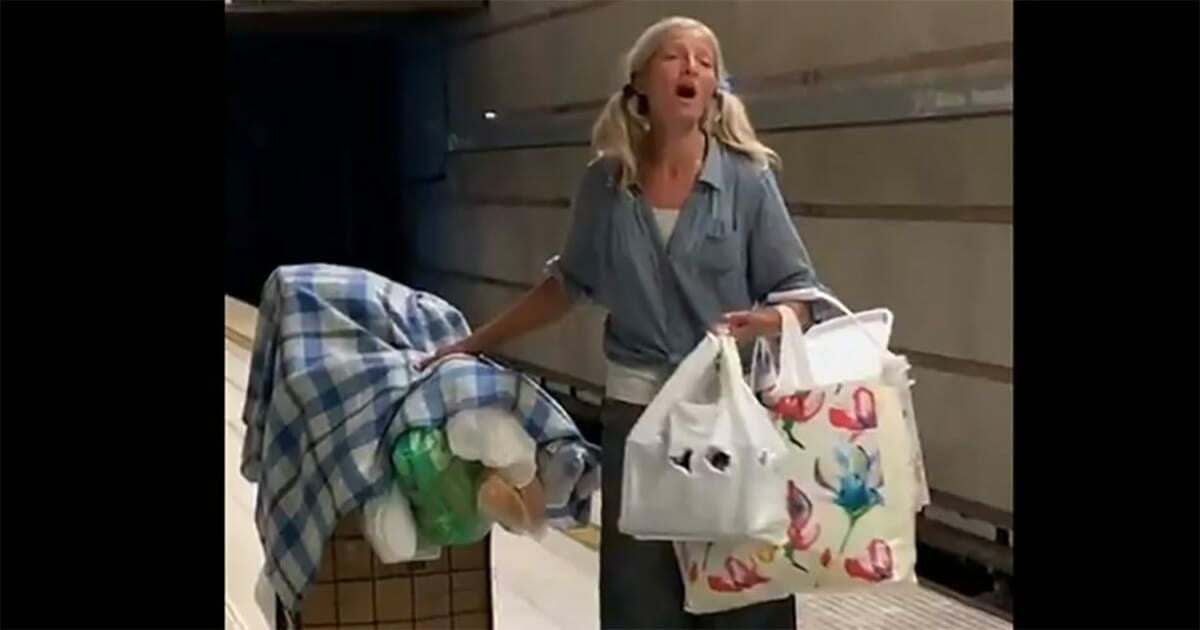 It was a life-changing moment for singer and musician Emily Zamourka when her violin, worth thousands of dollars, was snatched and broken.

The 52-year-old singer, known as the “subway soprano” had been performing on the streets to help pay her bills but without a violin, things went downhill and eventually she found herself homeless.

As she stood on a subway platform singing, surrounded by all her worldly possessions, a police officer filmed her performance and posted in on Twitter.

The video went viral and was seen by a famous music producer who has now offered her a recording deal.

The seasoned producer, with 50 years of experience under his belt, saw her performance online and now wants her to record the song ‘Paradise,’ according to the Daily Mail.

It’s thought Emily emigrated from Russia 24 years ago and taught music lessons. She also busked to make ends meet but a health issue meant she started to struggle financially. That coupled with her much-loved violin being destroyed led her to become homeless.

“It was my treasure, and it was my income, too. It was everything,” Emily said of her violin to ABC, adding the violin was worth $10,000.

When an LAPD officer recorded her singing in a subway one evening he posted it on Twitter. Thousands of people came out in support of her once they knew her tough story.

A GoFundMe page was set up for her which so far has raised over $60,000 and now this record deal means things are finally looking up for Emily.

An update on the page said Emily has been housed in a women’s center where staff will work with her to get her the support she needs including a new violin.

She’s even been invited to perform at the grand opening of Little Italy in San Pedro with all expenses covered.

See her perform in the subway in the clip below.

Please share so more people know about this incredible talent and to wish her so much luck in her future career. The whole world needs to hear this lady’s voice.