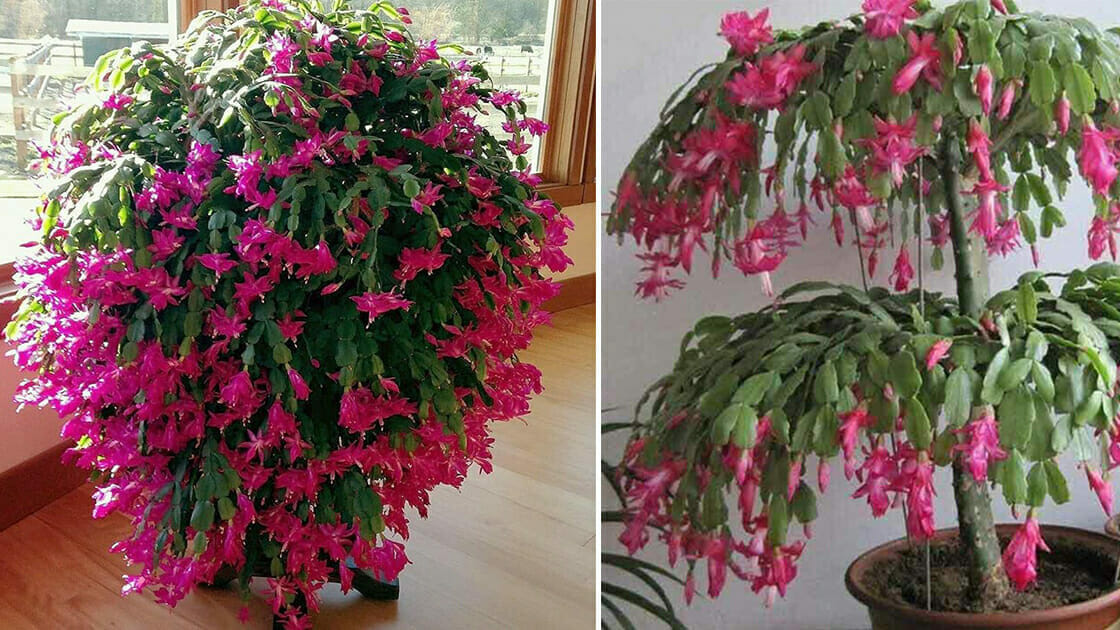 When I think of Christmas flowers, only a few plants come to mind. There is one, however, that produces stunning blooms during the holiday season.

From what I’ve seen, most Christmas cactuses are quite small and they can also be tricky to maintain. That said, I’ve also seen several examples of giant Christmas cactuses on the internet and therefore thought we should find out how to grow this wonderful flower even bigger and stronger.

First things first: A Christmas cactus can easily reach a spread of two feet within a few years, and they add new growth throughout their entire lives. The older the cactus, the larger it can become. Did you know that Christmas cactuses never stop growing? Truth be told, they don’t have a maximum size.

5 steps to stimulate root growth in a Christmas Cactus

Avoid overwatering the cactus, because it can cause root rot. From early November to late January and then early April to late September, water the soil whenever it’s dry, at a depth of 1 inch. Be a little bit more careful with watering from late January to early April and again from late September to early November. Only water the Christmas cactus once a week during that period.

If you want your plant to keep growing, make sure you don’t have a pot that is too large for a Christmas cactus. That can actually slow growth.

If you have a slow-growing cactus, try repotting it in something smaller than its current pot. It’s important that the new pot has bottom drainage holes. While you’re changing pots, you might want to try another potting mix option that’s made from equal portions of potting soil, leaf mold and sand.

One hack to reboot your Christmas cactus is through using Epsom salt. Take 1 teaspoon of the salt and mix it in 1 gallon of water once a month from early April through early September.

According to SF Gate, you can also fertilize your plant with 1/2 teaspoon of 20-20-20, water-soluble fertilizer per 1 gallon of water, monthly from April to September. One important thing to remember though: Don’t use the 20-20-20 during the same week you use the Epsom salt-water solution.

During the fall and winter time, Christmas cactuses shouldn’t have access to more than eight to 10 hours of bright light per day, in order to encourage bud formation and blooming.

Last year my Christmas cactus bloomed for Christmas. This year I believe that it will bloom by Thanksgiving, since it has buds now.

Please share this article if you want one of these plants for the holiday season!