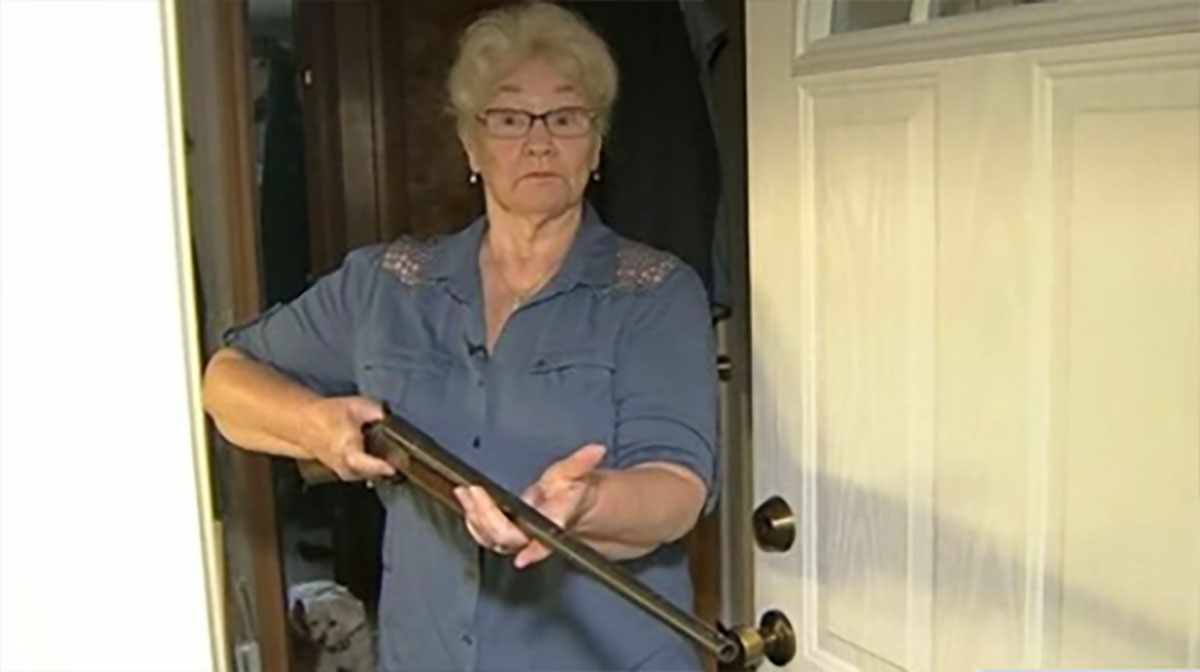 When a 78-year-old woman came face to face with an intruder in her home, she wasn’t about to let him get away.

The brave grandma, from Spanaway, Washington and held the man at gunpoint, told him to sit on her steps while they waited for the police to arrive.

The woman, who goes by the name of Sandy, sensed someone was walking around outside her home when her dog Booboo started barking.

She opened the door after finding the man trying to break into her house.

“I opened my door, and standing right 2, 3 feet in front of me was a man. We looked at each other for a few seconds, and he turned and started to leave. And I said, ‘Oh no, you don’t. You stay right there!’” she said, as per KIRO7 News.

Sandy said her neighborhood had suffered a crimewave recently.

“I reached over and got my shotgun. And I cocked it, and I told him to stay right there,” she said. “Told him to go sit on the steps. I followed him out, and I just stood here with the shotgun waiting for the police to come.”

Sandy said it was the first time she’d used the shotgun which she bought years ago to protect her family as a single mother.

‘I was totally calm’

The 78-year-old said she was scared to death at first.

“But then I was totally calm, really and truly. I thought, ‘This is amazing!’ I said, ‘You know, I’ve got grandchildren your age!’”

Deputies arrested the suspect and are grateful to Sandy’s quick thinking and brave actions.

The grandmother said she’s grateful no one, including the intruder, got hurt.

“After he was so meek and mild and sat down like I told him to do? It was empowering. I felt like at least I was in charge. I wasn’t afraid,” she said.

The suspect was released after the homeowner chose not to press charges, according to police, as per KIRO7 News.

Those criminals that target the elderly and vulnerable should be severely punished. This man is lucky that Sandy didn’t press charges.

Please share to celebrate this fierce and forgiving grandma.