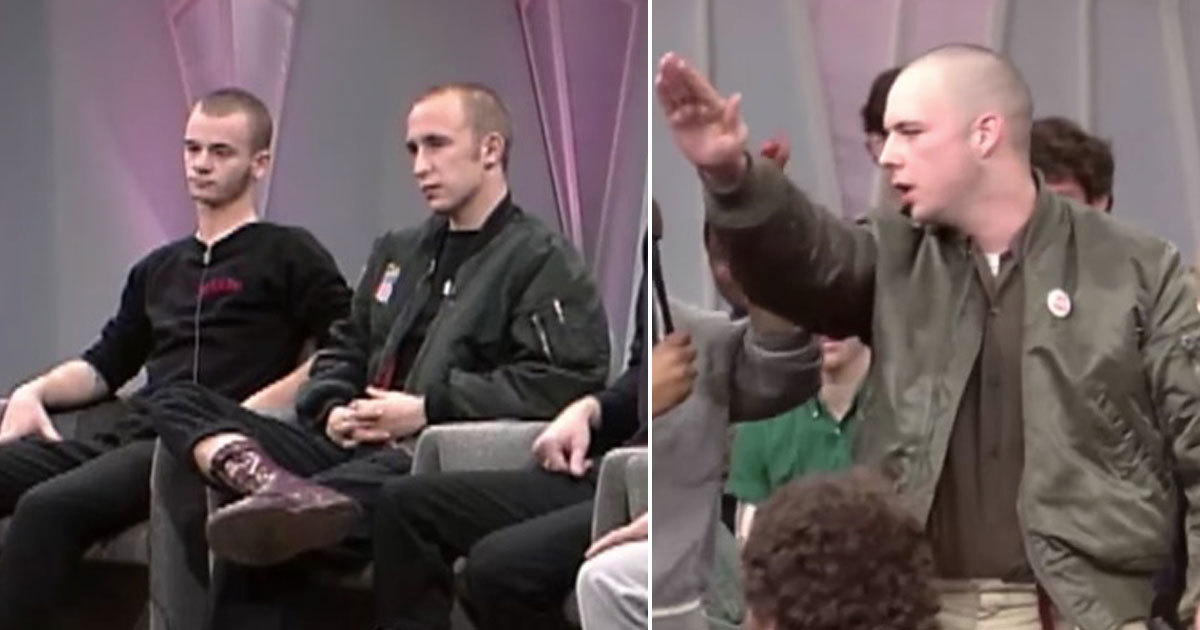 More than 80 years have passed since the Nazis took power in Germany, but unfortunately, Hitler’s frightening thoughts and ideas are still alive in many parts of the world.

The the white power movement surged again in the United States in the 1990s when right-wing extremist groups used the economic recession help to spread their propaganda.

During that time, back in 1998, Oprah Winfrey brought some outspoken neo-Nazis on her TV show in order to expose their hateful views to the public.

But all didn’t go as Oprah had imagined—and the show quickly went off the rails.

During one of the first seasons of “The Oprah Winfrey Show,” the show’s producers had an idea. They would invite a panel of neo-Nazi skinheads on the show to expose their ignorance and hatred against black people.

The neo-Nazis weren’t at all interested explaining themselves. They came there to express their own agenda, and the program quickly degenerated.

For one full hour, the neo-Nazis spewed their hatred and contempt.

One of the skinheads considered it proven that all blacks are monkeys, and he also made the Nazi salute right in front of Oprah Winfrey.

The atmosphere was toxic and eventually the neo-Nazis left the studio.

“I’ve never seen such evilness and such hatred in all my life,” a member of the audience said.

Instead of exposing and confronting the skinheads, Oprah ended up letting the neo-Nazis take over and set the agenda.

The 1988 broadcast sent shock waves throughout the United States, but the program also came to change “The Oprah Winfrey Show”—forever.

“I realized in that moment that I was doing more to empower them than I was to expose them. And since that moment, I’ve never done a show like that again,” Oprah later said.

And it could have ended there.

But in 2011, a full 23 years after the program, Oprah brought some special guests back on her show. Mike and Dave, two of the neo-Nazis from the program in 1988, appeared once again with Oprah Winfrey.

It was a very emotional meeting for all involved, with many tears.

I highly recommend that everyone watch the video below and see what Mike and Dave have to say about their opinions on that day 28 years earlier, and how they came to change.

To see these repentant men today, who were filled with so much hate at one time, really touched my heart. Because that’s exactly where prejudice and hatred stem from—uncertainty, ignorance, and fear.