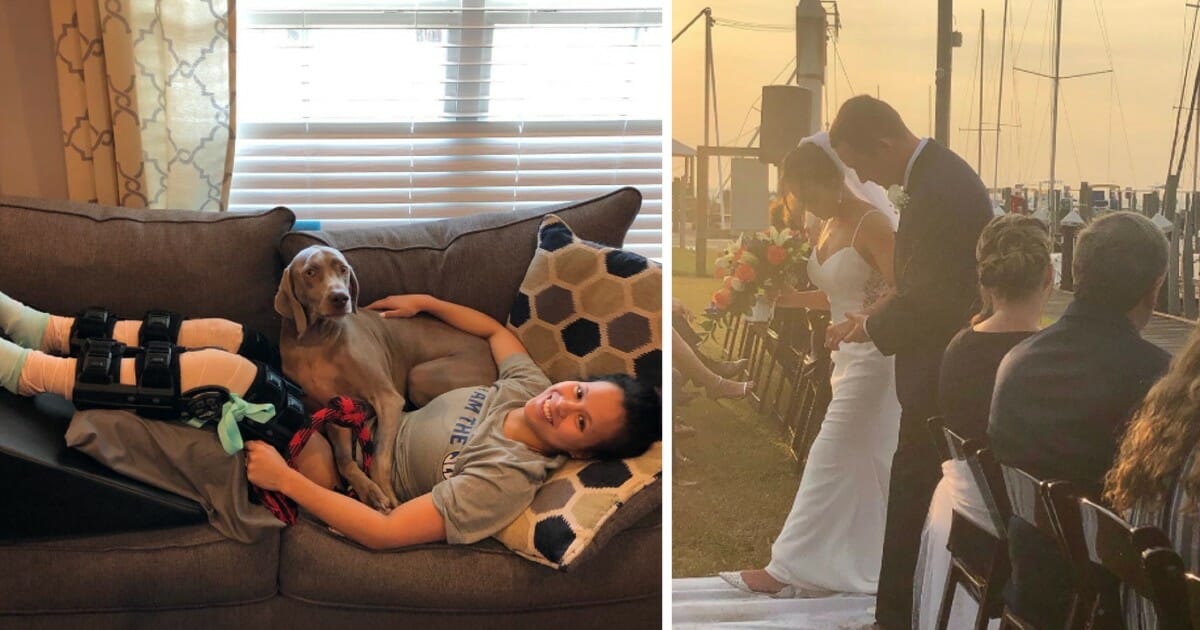 In the beginning of April, Auburn gymnast Samantha Cerio was competing an NCAA regional meet when she suffered a gruesome, career-ending injury. She dislocated both of her knees and tore multiple ligaments.

“When I had landed that one, I felt like something was a little wrong, and I thought I had just hyperextended my knees until I looked down and that wasn’t the case,” she told TODAY.

Despite the horrific incident and the unknown length of recovery time, Sam set what some might have thought was a lofty goal: walk unassisted down the aisle at her wedding.

On June 1 she accomplished that goal.

Less than two months after Sam underwent surgery to repair her dislocated knees and torn ligaments, she achieved her goal of walking down the aisle without assistance.

She became more confident in her ability after she was able to walk across the stage using crutches to receive her degree in aerospace engineering from Auburn University.

When the day finally arrived she told USA TODAY Sports that it wasn’t exactly surprising that she accomplished her goal, instead it was more of a “wow moment.”

Even her husband, Trey Wood who also graduated from Auburn, was overcome by the moment.

Hi Ms. Cerio. My name is Tess DeMeyer, & I'm a reporter with USA TODAY writing a story about Sam accomplishing her goal of walking down the aisle. I'd love to chat about it if you could send me a DM or email me at [email protected]
Thank you!

As for what’s next? The couple plan to take a honeymoon before Sam starts a job at Boeing in July.

Share this post to congratulate Sam on her amazing progress and wish her well with her future!