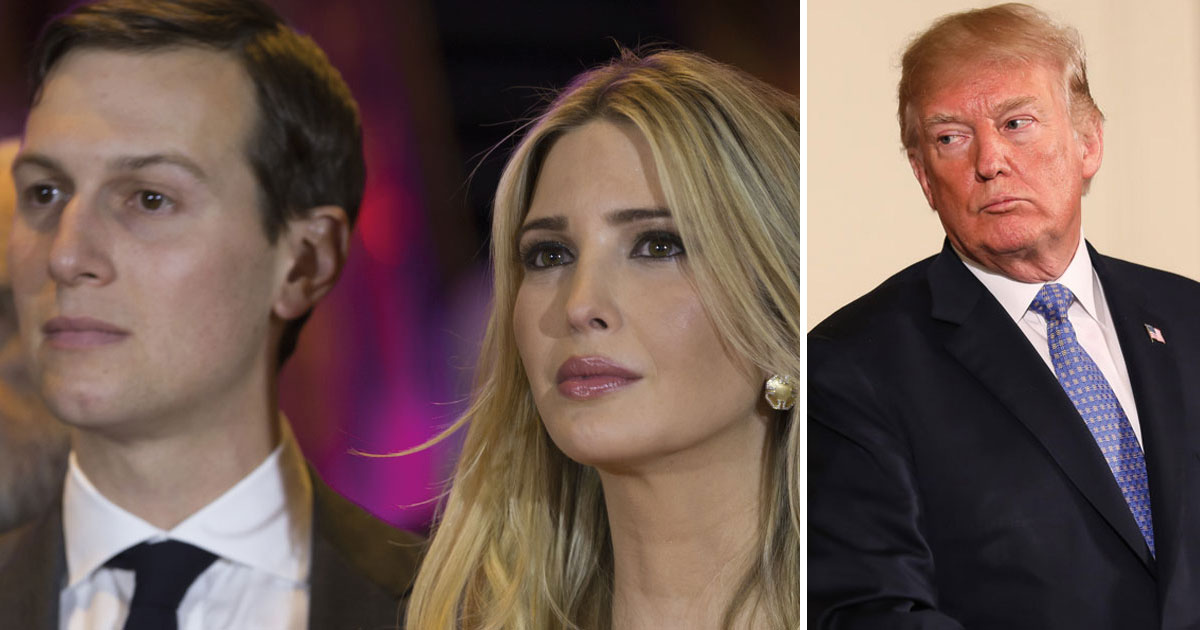 Ivanka Trump went from being a prosperous business woman into an advisor for her father Donald Trump during his four-year tenure in the White House.

During Donald Trump’s term in office, Ivanka Trump and Jared Kushner announced they would not be taking a salary in a bid to swerve nepotism claims against the family.

But this certainly didn’t mean they didn’t make any money. Jared Kushner and Ivanka Trump reported as much as $640 million in outside income while working in the White House as advisers to Donald Trump, according to an analysis from a government watchdog group.

Ivanka Trump is very used to the spotlight. During her whole life, her father has been a famous businessman, as well as a TV personality. Most recently, of course, he served as the 45th President of the United States.

Ivanka has been very close to her father throughout her life. And she has pretty much done it all – everything from modeling to starting her own brands.

While she was handling her professional career, Ivanka also married her husband Jared Kushner and raised her children.

During Donald Trump’s term in office, both Kushner and the former president’s daughter announced they would not be taking a salary in a bid to swerve nepotism claims against the family.

But this certainly didn’t mean they did not make any money. The couple made between $172 million and $640 million, according to financial disclosures analyzed by Citizens for Responsibility and Ethics in Washington.

While the couple – the son-in-law and daughter of the former president – did not take a public income during the period working in the administration, and they reportedly stepped away from daily operations at their companies, their astonishing incomes have alarmed lawmakers and ethics groups chronicling concerns over the family’s allegedly rampant self-dealing and enrichment while Donald Trump was in office, The Independent reports.

Citizens for Responsibility and Ethics in Washington (CREW), the watchdog organisation that made the investigation, said Kushner and Trump ‘likely made hundreds of millions of dollars from questionable sources. All that was waived off by the same nepotism that got them their jobs’.

Ownership stake in the Trump Hotel

One main factor in their outside profits came from Ivanka Trump’s ownership stake in the Trump Hotel in DC, that is very close to the White House and the locus of influence peddling in the Trump administration. This earned Ivanka more than $13 million since 2017, according to the report from CREW.

But Crew also found that during the last years there has been an unexplained decrease in the value of her ownership. Ivanka Trump has previously claimed her stake to be worth between $5-25 million.

Also, the report found that Trump had made up to $1 million for her namesake brand in 2019 – despite declaring that it had shut down the year before.

The report from Crew also outlines how Ivanka’s applications for foreign trademarks “may have been her biggest accomplishment” while her father was in office.

The report found at least 28 foreign trademarks approved for Ivanka during the time in the White House.

It was also found that Kushner did not divest from his stake in real estate investment platform Cadre, even though the White House ethics officials saying that it was ‘reasonably necessary’ so that he could be able to do his work at the White House.

According to the report, his stake was valued between $5-25 million.

While taking on enormous responsibilities that they were unqualified to carry out, and debasing their positions with constant ethics scandals, they likely made hundreds of millions of dollars from questionable sources. All that was waived off by the same nepotism that got them their jobs. Some “sacrifice,” said the analysis from the government watchdog group.

What do you think about Ivanka Trump’s and Jared Kushner reported income outside while working in the White House as advisers to Donald Trump?

Let us know your thoughts in the comments box. Please leave your opinion.