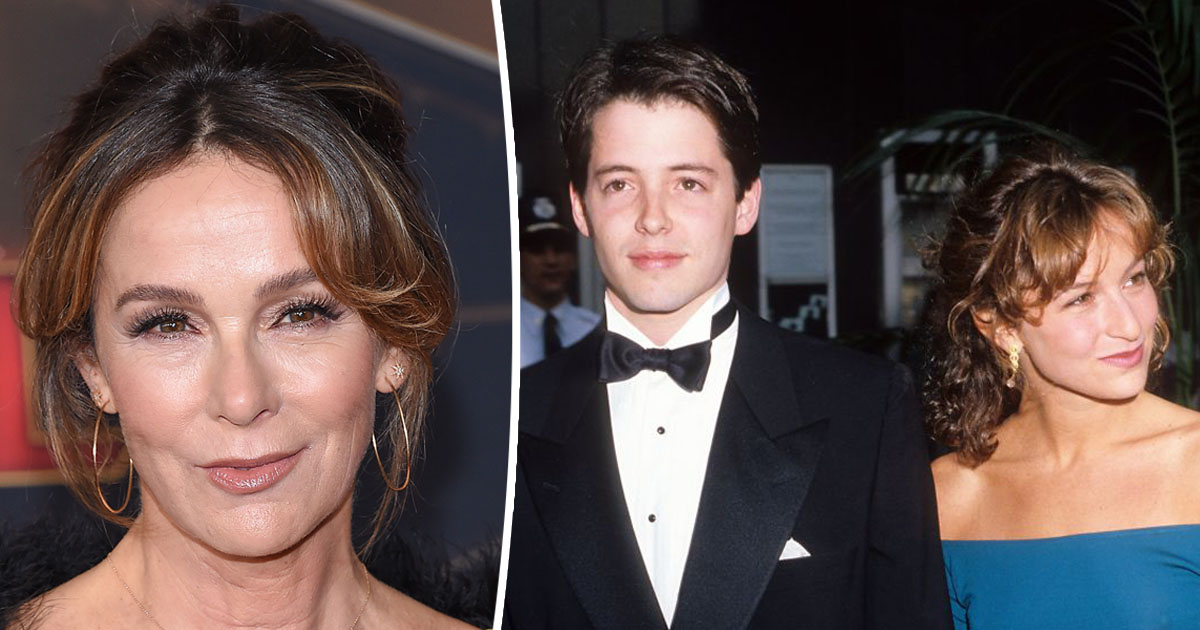 Everyone knows the name Jennifer Grey, the actress has made a huge impact with her career. Her role as Baby in Dirty Dancing propelled her to immense stardom.

But it is not just her professional life that is massively successful and filled with juicy stories. The actress has lived quite an exciting life and is finally opening up about it!

Jennifer Grey has recently released her new book. “Out of the Corner: A Memoir,” and is currently promoting it. In a promotional interview for her book with Drew Barrymore on the latter’s show, the actress revealed some juicy details about her past.

Barrymore asked the actress about her experiences with the “cutest boys.” Barrymore asked Grey about how it felt to know she had dated all the guys that Barrymore and many others had pined for—asking her, particularly about the rumors that Johnny Depp proposed to the actress mere weeks after they met.

With a mischievous smile, Jennifer Grey tells Barrymore that it was “worse than that,” adding that she had gotten engaged to Depp just two weeks after dating and that too, in the same month she had been engaged to Matthew Broderick in.

At this revelation, both Barrymore and Grey squeal and fall to the floor on their knees.

“Yeah, it was really a sign that there was trouble afoot on my part. I mean, honestly, I just thought it was God rescuing me from one bad situation and just lovingly plopping me into a Johnny Depp soufflé,” Grey said to an enthralled Barrymore and studio audience.

Grey met actor Matthew Broderick during the filming of “Ferris Bueller’s Day Off,” while she met Johnny Depp on a blind date set up by friends.

The actress dated Matthew Broderick in secret till their relationship was untimely exposed due to a tragic accident the couple had been in while vacationing in Northern Ireland. The accident caused both the women in the other vehicle to die.

After the accident, her relationship with Broderick did not survive much longer which propelled the actress into the arms of Johnny Depp.

Grey married actor Clark Gregg in 2001 and the couple shares a daughter together, actress Stella Gregg. She and Gregg separated in 2020 and finalized their divorce in 2021.

Truly Jennifer Grey has had an illustrious career so far and an even more exciting personal life. The actress truly seems to have no regrets about her past.

Share this story to shock your friends about Jennifer Grey’s latest revelation!