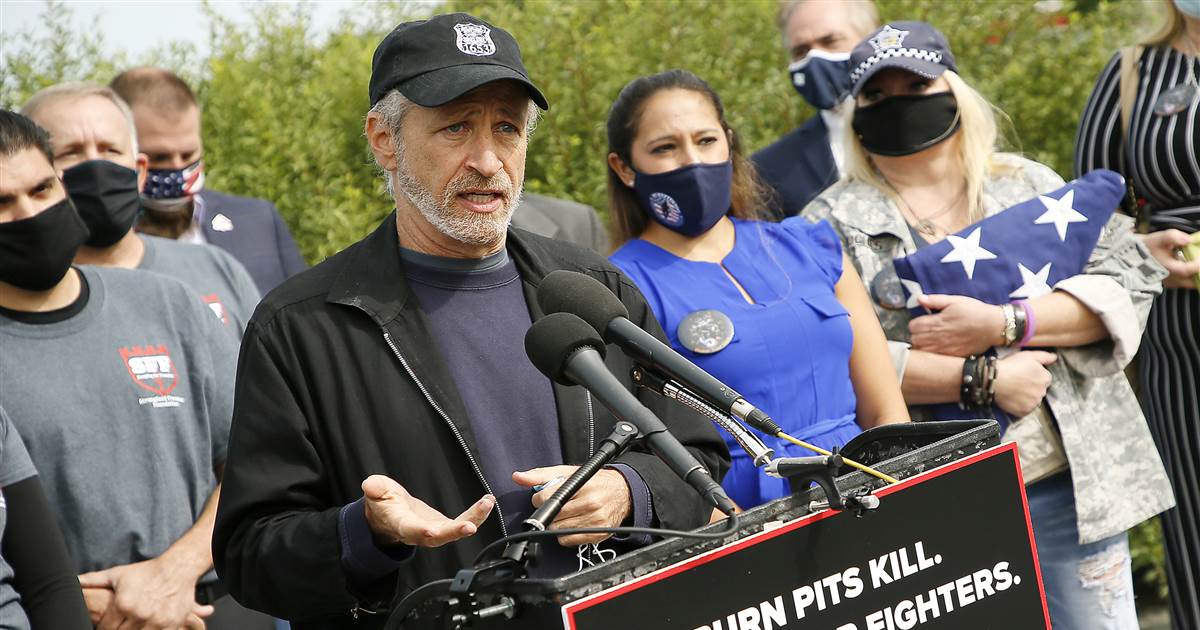 Jon Stewart is once again taking a gallant stand for those struggling to be heard, returning to Capitol Hill on Tuesday to advocate for veterans affected by burn pits.

The 57-year-old has spent 15-years fighting for the 9/11 victims’ compensation fund, and is now moving to help another worthy cause.

“Welcome to another exciting episode of ‘When is America going to start acting like the great country we keep telling ourselves we are?'” Stewart said during a press conference just outside the Capitol, as per NBC.

As per Public Health, burn pits were often used to get rid of waste at military sites in Iraq and Afghanistan, but there are those who now believe they produced harmful chemicals.

The new bill put forward, labelled the Presumptive Benefits for War Fighters Exposed to Burn Pits and Other Toxins Act of 2020, would give service members lifetime health care coverage if they suffer from cancer or any respiratory disease linked to carcinogenic toxins after having been present at a burn pit.

“The fight starts again,” Stewart said. “The only difference between the 9/11 responders at Ground Zero who are sick and dying from toxic exposure is that that was caused by a terrorist attack on our country.

“The veterans in Iraq and Afghanistan are suffering the same illnesses and the same toxic exposure because of the actions of our own government.”

Sen. Kirsten Gillibrand said: “To put it simply, the bill says that if you were there, you are covered, plain and simple.”

Danielle Robinson’s husband was a veteran who died this past May after being exposed to burn pit fumes.

“He was honestly the ideal soldier,” she said, “he was a non-smoker, he didn’t drink, he was in impeccable shape, and he served and did it so in great honor and he honestly was one of the strongest people I know.”

“It’s bulls—,” said Stewart. “It’s bulls—. It’s about money. And we’re here today to say we’re not going to let this happen in the dark.”

I hate to think that there are ex-servicemen and women, and indeed current serving men and women, who are suffering without compensation or help when they need it most.

Thank you, Jon Stewart, for always being on the side of the good.

Please, share this article on Facebook if you believe that our veterans should be better looked after.