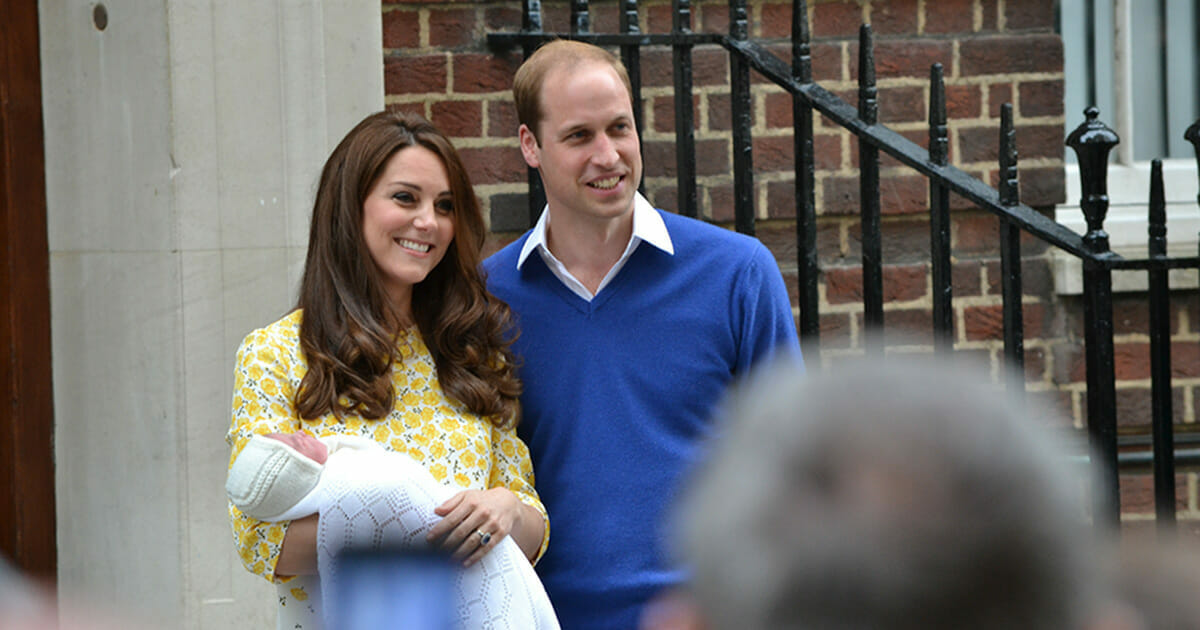 Kate Middleton, Duchess of Cambridge, and Prince William have welcomed their third child to the world … and it’s a boy!

According to British newspaper the Daily Telegraph, the new prince was born at 11:01am local time, weighing 8Ibs.

According to AFP news agency, it’s speculated that Arthur, Albert, Frederick, James and Philip are the most likely names for the new prince.

It was early on Monday that the British media announced that Kate had gone to St. Mary’s hospital, London, in order to deliver the third child of her and William’s marriage.

Her Royal Highness The Duchess of Cambridge was admitted to St. Mary’s Hospital, Paddington, London earlier this morning in the early stages of labour.

The Duchess travelled by car from Kensington Palace to the Lindo Wing at St. Mary’s Hospital with The Duke of Cambridge.

Prince William, the son of Prince Charles and the deceased, and dearly beloved, Diana, Princess of Wales, married Kate Middleton in Westminster Abbey in London on April 29, 2011. They already have two children: Prince George, 4, and Princess Charlotte, 2.

Like mother, like daughter ? The Duchess of Cambridge and Princess Charlotte couldn't have looked more adorable on the royal tour of Poland. See all of the best photos here: http://hbaz.co/vmIwpBp

The line of succession

The birth of the new prince alters the line of succession – the child is the fifth in line to inherit the British throne, behind Prince Charles, Prince William, Prince George and Princess Charlotte.

Below you can watch Sky News television broadcast from outside St. Mary’s hospital: