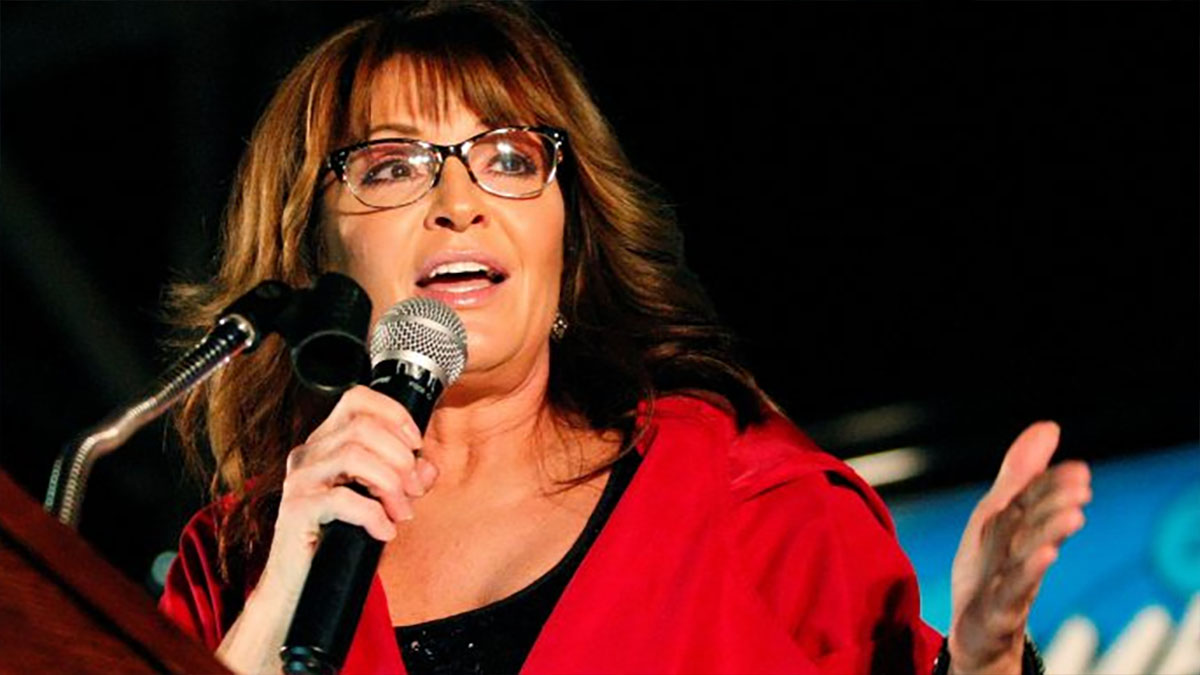 Sarah Palin was a name you couldn’t avoid when tuning into the news during John McCain’s presidential campaign for presidency in 2008.

The former Governor of Alaska was plucked from obscurity to be John McCain’s running mate and despite losing to Barack Obama, Palin was described as a “force of nature” in Republican politics. Some even went as far to say that she “paved the way” for Trump.

So it was perhaps no surprise to anyone that she voiced her opinion on Wednesday’s scenes of chaos and violence in Capitol Hill calling on the media to stop labeling protesters “Trump supporters” or “Republicans.”

“Media: quit labeling DC protestors ‘Conservatives, Republicans, Tea Partiers, Trump Supporters, etc’ LOOK IN TO WHO THESE PEOPLE ARE who’d choose an apparent leaderless insane swarm to create a perception of condoned violence. KNOCK IT OFF,” Palin wrote on Twitter.

“And to any insincere, fake DC ‘patriots’ used as PLANTS—you will be found out.” Palin continued.

At a campaign-style rally organized by Women for America First on Wednesday, protesters broke through police lines after Trump told them to go to the Capitol.

Wednesday’s scenes of chaos and violence at the Capitol building in Washington DC involving thousands of people protesting and some storming the building, left 4 people dead and more than 50 were arrested. Authorities also found 2 explosive devices.

Palin, a grandmother of 7, whose divorce from her husband Todd was finalized earlier this year, called the general election a “rigged election” during a rally in Georgia last month.

Her tweet was met with thousands of comments from some who agree with Palin and some claim those who breached the Capitol Building on Wednesday afternoon were members of Antifa – a political protest movement of autonomous groups joined by their militant opposition to fascism and other forms of extreme right-wing ideology.

Representative Matt Gaetz, a republican serving Florida, suggested members of Antifa had secretly infiltrated the group to cause the chaos, his baseless claim was supported by other republican representatives.

The Capitol was breached on the day Congress formally counts the electoral college votes and police were forced to escort senators and representatives from the chamber where the count was taking place, adjourning the session.

Washington DC Mayor Muriel Bowser issued a citywide curfew from 6 pm Wednesday until 6 am on Thursday.

Attorney Lin Wood, expressed doubt on Twitter and Parler, which has a significant user base of Donald Trump supporters, conservatives, conspiracy theorists, and right-wing extremists, and indicated that those mobs might be Antifa members.

President Donald Trump released a pre-recorded video message on Twitter, which has since been removed, reiterating claims that the election is rigged and called for protesters to go home adding: “We have to have peace.”

The U.S. congress reconvened after the violence and confirmed Joe Biden’s election win and Trump has since released a statement promising an orderly transition of power.

What do you think about Sarah Palin’s comments? Do you agree with her?

Please leave your thoughts on our comments section below and don’t forget to share this story.