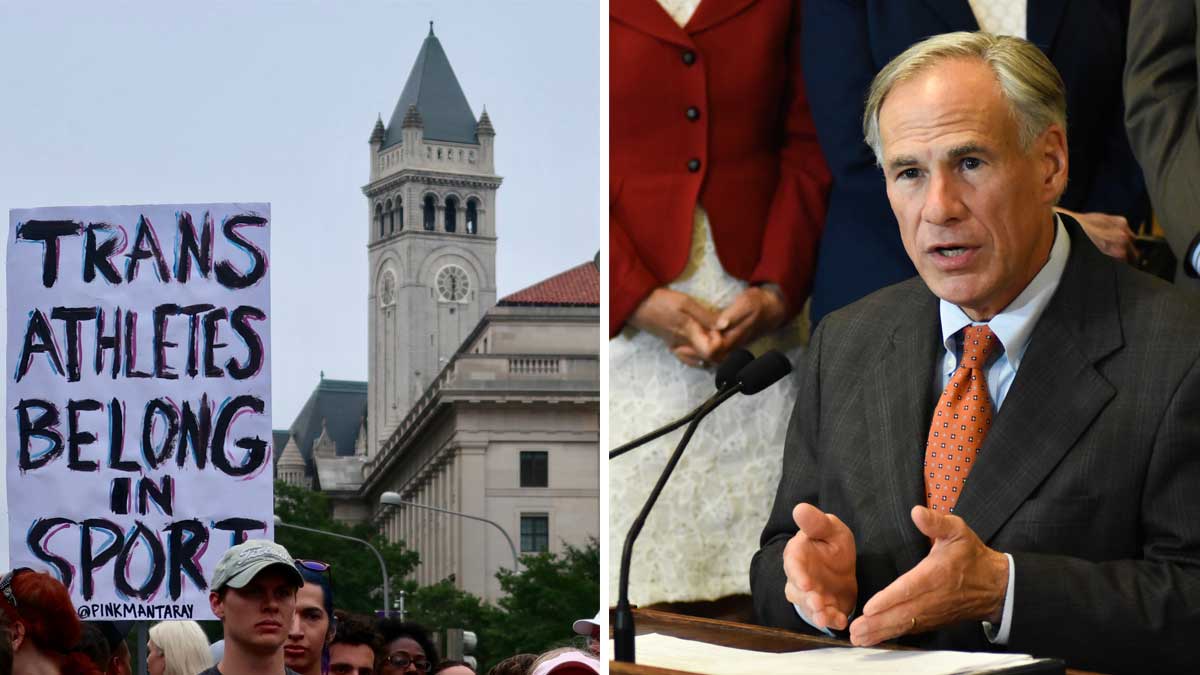 Texas is the latest state to stop transgender youth from taking part in sports that align with their gender identity.

The state’s Governor Greg Abbott signed House Bill 25 into law which requires public school students to compete in interscholastic athletic competitions based solely on their assigned sex at birth.

It’s set to take effect on January 18, 2022 across elementary school to university sports teams by a school district or open-enrollment charter school.

Supporters of the bill say they believe it will prevent trans athletes, specifically trans girls, from having an unfair advantage when they compete against cisgender students, as per Texas Public Radio.

Rep. Valoree Swanson, a lead sponsor in the state House, said: “We need a statewide level playing field. It’s very important that we, who got elected to be here, protect our girls,” she said, as per NBC News.

But geneticist and pediatrician Dr. Eric Vilain said this view was not based on science.

“We know that men have, on average, an advantage in performance in athletics of about 10% to 12% over women, which the sports authorities have attributed to differences in levels of a male hormone called testosterone.”

“But the question is whether there is, in real life, during actual competitions, an advantage of performance linked to this male hormone and whether trans athletes are systematically winning all competitions. The answer to this latter question, are trans athletes winning everything, is simple – that’s not the case,” he added, as per NPR.

In response to the bill, LGBTQ+ advocacy group Equality Texas released a statement slamming the bill describing it as “a hateful, targeted attack on transgender people living in Texas.”

“HB 25 singles out transgender children and permanently prohibits them from the foundational opportunities that sports provide children, like camaraderie with friends and learning lessons about teamwork, sportsmanship, and healthy exercise,” it continued.

Rebecca Marques, Human Rights Campaign (HRC) Texas State Director, described Monday as a “dark and frightening day for thousands of families in Texas who fear for the safety and future of their transgender children.”

In a statement, she continued: “Transgender kids, just like any kid, simply want to play sports with their friends. They are being denied that chance by legislators whose arguments are not backed up by evidence, educators, medical consensus, or science.”

Marques said the HRC would “use every tool in the toolkit to stop this law from taking effect and fighting to repeal this and every anti-transgender bill in the country”.