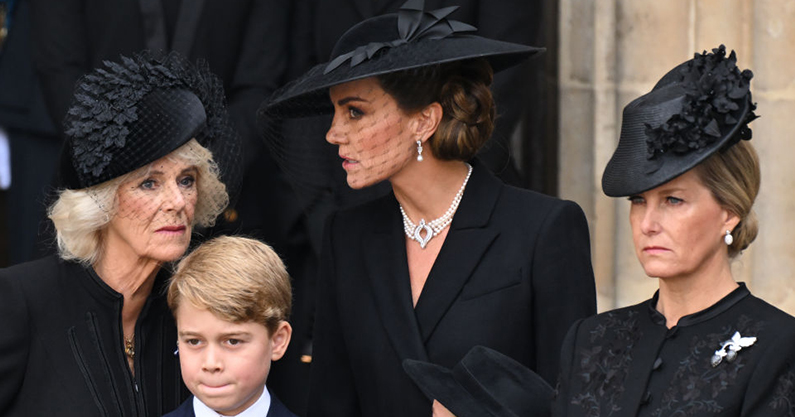 The Queen’s passing on the September 8, 2022 meant that the Royal Family had to jump into action and carry out a whole host of pre-assigned duties.

At Elizabeth’s funeral, there was a plenty going on concerning the royals and the various members of the family.

Now, with the help of a lip reader, we can gain a deeper insight into what was actually said when the Queen was laid to rest ...

Since Queen Elizabeth II died in September at the age of 96, people all over the world have been mourning the long-reigning monarch. Of course, nowhere has that grief been felt more than within the Queen’s own family.

On September 19, 2022, Queen Elizabeth’s funeral garnered media attention from all across the planet. Royal experts, body language experts, and lip readers gathered and were engaged by the major media companies – every little move made by the British Royal Family was scrutinized.

Of course, this is something that Royal Family members are used to, but even with their experience, the Queen’s funeral was an exceptional situation. And it was probably more difficult for Kate Middleton and Prince William’s little children, Prince George and Princess Charlotte.

Prince George, Princess Charlotte, and Prince Louis have been thrust into the spotlight as they grieve the loss of a family member. Ever since their birth, the children have captured the world’s attention.

Speaking to mourners and well-wishers just days after the Queen’s passing, Kate Middleton was asked how her children had reacted to the Queen’s death. Kate replied that Prince George understood the loss, but that his younger siblings had a little more difficulty realizing what had happened.

When the news broke, Kate was very gentle in telling the children and informed them before it became public knowledge so they would not learn it from an outside source.

“She gently told George, Charlotte, and Louis about Elizabeth’s passing at Windsor prior to the official announcement. She wanted them to hear the tragic news directly from her to ease the blow,” the insider reported.

She comforted her children by telling them how the Queen was now reunited with Prince Philip in heaven. According to the source, she said, “Kate said that Elizabeth is in heaven with Prince Philip. There were lots of tears and hugs, naturally. The children are upset.”

Kate also revealed what her youngest son, Prince Louis had commented after learning about the death. She said he stated: “At least granny is with grandpa now.”

While preparing for the funeral, William and Kate debated whether they would bring their children or not. Reportedly, they wanted Louis to be there, but in the end, it was decided that he had to stay home.

“Kate and William flip-flopped over whether Louis should attend the Queen’s funeral,” a source told Us Weekly, and eventually “came to the conclusion that the procession and service would be too lengthy and overwhelming for their youngest to handle and digest.”

But Prince George, 9, and Princess Charlotte, 7, attended the funeral and did great during the difficult circumstances.

Prince William and Kate Middleton’s eldest two children were the youngest mourners at the funeral, but were ”incredibly well-behaved”, according to the three-time Olympic medalist Mark Tewksbury. The swimmer was part of the Canadian delegation for the queen’s funeral and provided some interesting details from the service.

He noted how George and Charlotte acted ”a little like kids, a little like, ‘Wow, this is a lot‘”. During the events of the day, eagle-eyed viewers noticed several special moments that would have made the Queen proud.

Princess Charlotte, 7, arrived at Westminster Abbey in London matching her mother, wearing a long black coat along with a black hat and a bow – a touching tribute to the Queen. The Queen’s great-granddaughter also wore a small diamond brooch in the shape of a horseshoe, said to represent the Queen’s love of horses.

Following the ceremony, Charlotte was spotted appearing to instruct her older brother Prince George, 9, how to act when their great-grandmother’s coffin passed by at Wellington Arch.

Overall, the young royals behaved well during the funeral, but apparently, they couldn’t manage to stay completely mature throughout the long day.

On his way to Windsor Castle, after the funeral, cameras caught the young Prince George poking out his tongue. According to 7News, the siblings also had a small quarrel and a “brief moment of fun” when George pinched his sister as they departed the funeral service and headed to cars that would drive them to Wellington Arch.

The situation was, of course, broadcast live and some viewers quickly saw that there was some form of disagreement between Charlotte and George.

One person tweeted: “Looks like Prince George and Princess Charlotte have a small disagreement. Look at The Queen Consort , Camilla.”

“What did Charlotte say when she turned back around? Was it wow? Ow? Cow?” a second one wrote, according to Daily Star.

If we should believe the lip reader Jeremy Freeman, Charlotte didn’t seem to appreciate the little pinch in her ribs, so she let out an “Ow,” according to the Daily Star.

The situation seemed to amuse Meghan Markle, who stood behind the children and laughed. But Camilla, the new Queen Consort, wasn’t smiling when she witnessed what was happening between the siblings.

The 75-year-old Camilla looked at her daughter-in-law Kate, 40, and made the children’s mother aware of the behavior. “Take her”, an annoyed Camilla told Kate, pointing down to Princess Charlotte.

Lip reader Jeremy Freeman also offered some insights as to how King Charles felt about his mother’s funeral and ceremony.

”Thank you, that was good work. You were wonderful”, the King supposedly said to the archbishop.

Prince George and Princess Charlotte have been thrust into the spotlight as they grieve the loss of a family member. I do hope that they are able to properly grieve in private with their family.

Please continue to pray for the members of the royal family.