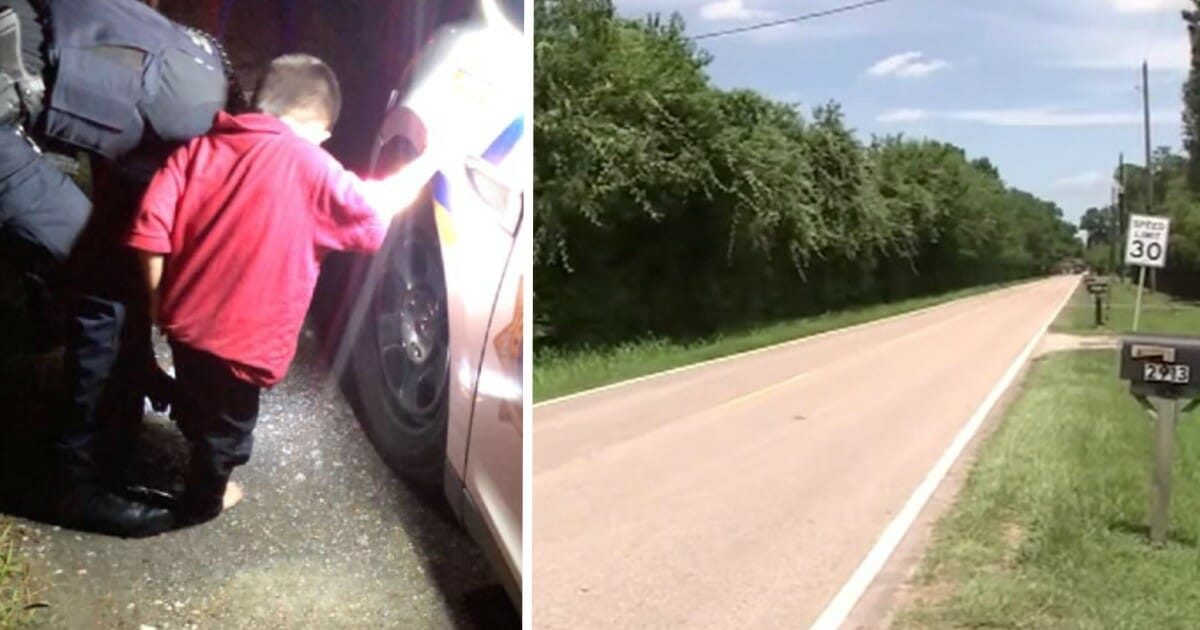 Maria Briones was driving down a two-lane road in northwest Houston when she came across an unsettling sight – a little boy running down the street in his bare feet.

“You couldn’t see nothing in the road,” Maria told KTRK.

She quickly put him in he car and contacted the authorities.

On June 16, around 8 p.m., Maria said a neighbor alerted her about a small boy in the middle of the road while she was driving down a soon-to-be dark road.

She spotted the boy and stopped her car.

“I only had like 30 seconds to just get him and move around because I didn’t want him to get hit,” she told FOX 26.

She was unsure of the boy’s age, but noticed he wore ill-fitting clothes and was not clean.

“He had clothes that didn’t even fit him. He had no drawers, and he had, like, poop on his leg.”

Maria took the boy into her vehicle and brought him to a neighbor’s home where she called authorities.

“The only thing I could think of is somebody dropped him on the middle of the road because this isn’t a busy road,” she told KTRK.

The Harris County deputies brought the boy around the neighborhood to see if anyone was searching for the child, but they had no luck. No one was looking for the boy.

“It was piggy and mommy — those were the only two words he said the whole time he was with us,” she said.

After the sheriff’s deputies took the boy into protective custody, Maria couldn’t stop thinking about him.

The Harris County Sheriff’s Office confirmed to FOX 26 that the boy’s father was found, arrested, and charged with child endangerment. He was released on $1,500 bond.

Who knows why he was wandering the streets, but I hope he gets the help he needs.