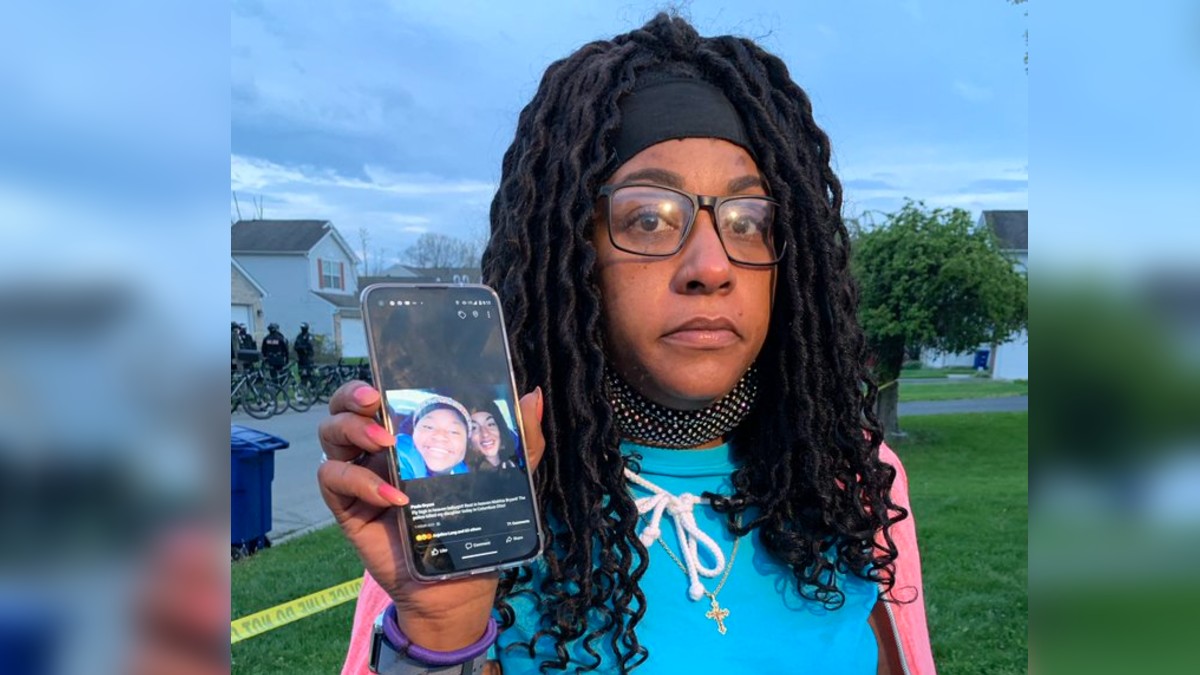 This time the victim was a 16-year-old girl in Columbus, Ohio.

Her name was Ma’Khia Bryant.

According to The Columbus Dispatch, police responded to a call at 4:35 p.m. about an attempted stabbing. The person who made the call was reportedly being threatened.

Body cam footage, which was released within hours of the fatal shooting, shows an officer arrive at the scene where several people are standing outside of a home.

An officer asks, “What’s going on?” and moments later, the teen appears to attempt to stab another with a knife.

The officer yells “get down!” and then fires his weapon multiple times.

CPR was administered, and she was taken to the hospital where she later died from her injuries.

Ma’Khia Bryant was calling for help.

Family members say the 16-year-old who had been living in a foster home and had plans to return to her mother’s home very soon, called the police for help.

“My daughter dispatched Columbus police for protection, not to be a homicide today,” Paula said.

“It looks to me like that’s what the police wanted to do, to kill her. I’m just trying to figure out why,” Ila Bryant, Ma’Khia’s great-grandmother, told The Daily Beast. “We have to remember that we should love each other.”

“Ma’Khia had a motherly nature about her. She promoted peace. That is something that I want to always be remembered,” her mother said.

While Derek Chauvin was held accountable for his actions, justice was not served. As evidenced here, the entire system needs to change.