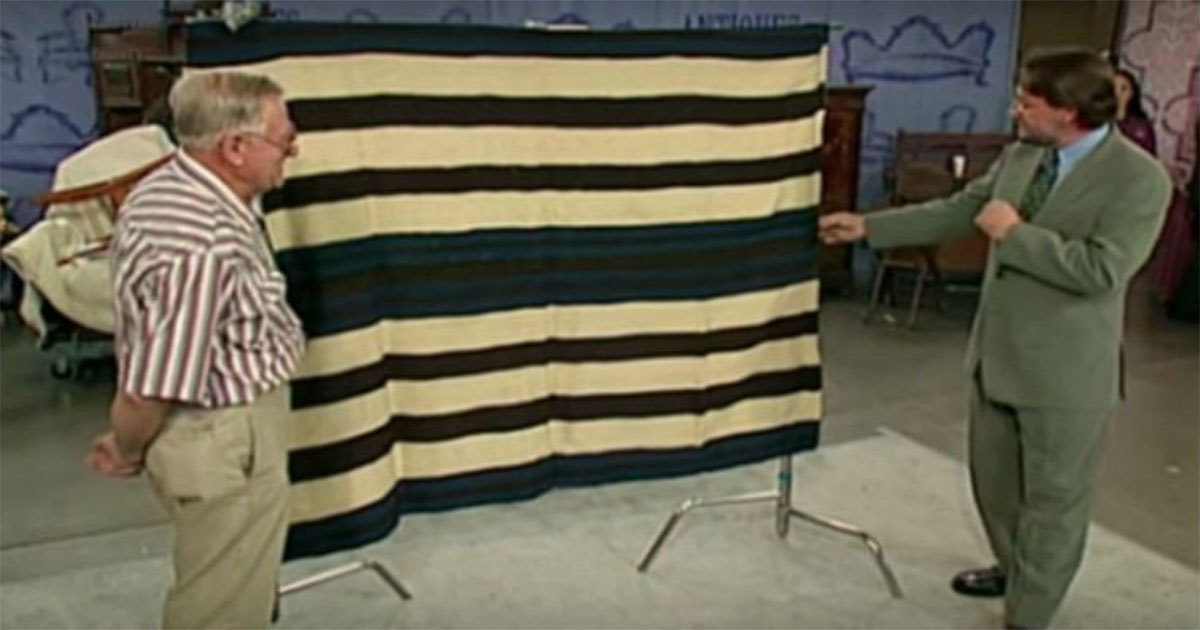 I’m a bit of a collector myself and have difficulty throwing things away.

Deep down, I dream about finding out that one gem in my pile of old stuff that will turn out to be extremely valuable in the future.

But in all honesty, I don’t think I’m sitting on any hidden treasure. Still, I do enjoy watching “Roadshow.” It usually gives you a history lesson and a roller-coaster ride of emotion from the people who get their items appraised.

And that’s exactly what happened when a guy named Ted brought an old blanket on the show.

He hardly knew anything about his item, but he was astonished—to say the least—when its history was revealed.

It turns out that the special blanket once belonged to the famous American frontiersman and fur trapper Kit Carson.

Carson became a folk hero after he served as a guide for John C. Fremont, and later, a fictionized version of him was featured in many children’s novels.

Ted inherited the blanket from his grandmother, who in turn received it from her foster father.

The blanket has been in the family for generations, often tucked away in attics and basements.

No one in the family thought much of its origin, but when appraiser Donald Ellis saw the blanket on “Antiques Roadshow,” he quickly realized how special it is.

Ellis asked Ted if he had any idea who made the blanket, and Ted replied, “I don’t know an awful lot about it… It’s probably a Navajo.”

And when Ellis told Ted the blanket’s true history, Ted could barely conceal his excitement.

Ellis explained that the blanket is a “chief’s blanket,” and is a valuable cultural treasure in itself.

But it also turns out that the blanket is probably the oldest of its kind.

According to the appraiser, the simple construction of rug inidicates that it is “Navajo weaving in its purest form.”

And as if that weren’t enough, Ellis called the blanket “the most important thing that’s come into the ‘Roadshow’ that I’ve seen.”

So how much is the blanket worth? Watch this video to see the appraiser reveal the astonishing figure:

The tears flowing down Ted’s cheeks say it all, don’t they?

If this isn’t a reason to hold on to old memorabilia, I don’t know what is.

I couldn’t help but be sucked in by this great story and Ted’s wonderful reaction. Share if it also moved you!