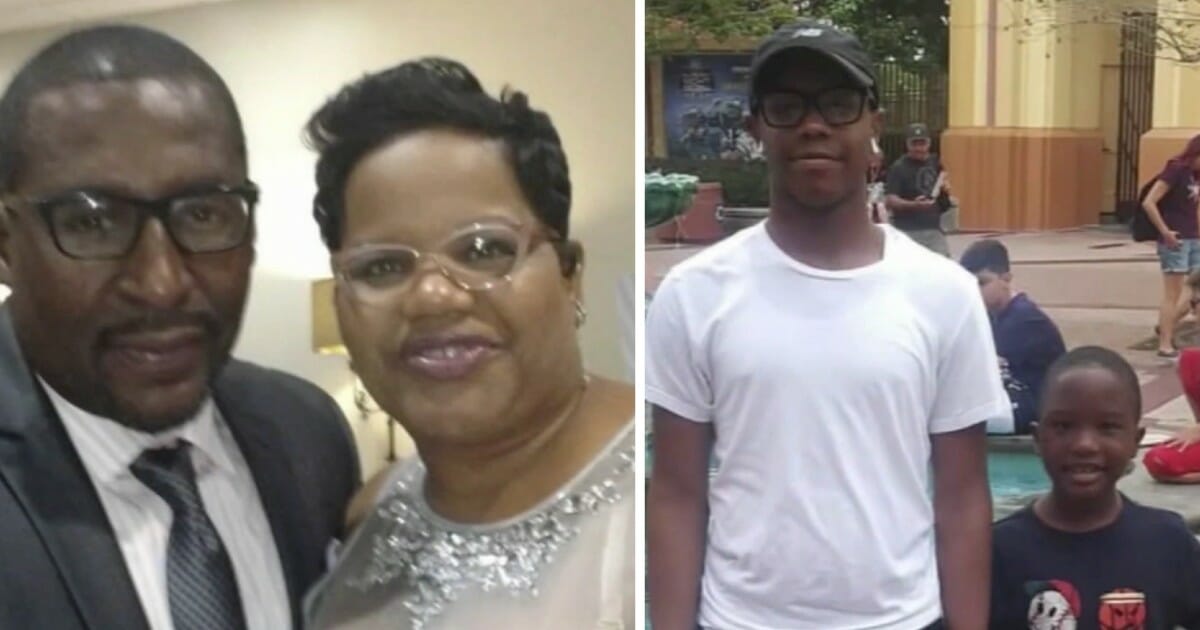 Four members of one family are dead after police say one man confessed to shooting all four in the head with a shotgun.

Maurice Louis, 29, was arrested and charged Wednesday in connection to the deaths of his mother, Janet Woodson, his step-father, Les Holmes, and his two half-brothers, Sy-eed Woodson and Leslie Holmes. Louis’ half-brothers were just 18 and 7.

Louis is accused of killing his family with a shotgun.

On Wednesday, when Les and Janet didn’t show up to work their employer called police–it was around 12:40 p.m. Philadelphia police responded to the couple’s home in West Philadelphia by 1:15 p.m.

Police discovered the bodies and Louis inside the home.

“A ladder truck granted us access to the second floor. Officers from the 18th District went inside. Once inside, they did encounter the suspect. He notified them that there were dead bodies,” Deputy Commissioner Joe Sullivan said.

Janet was found near the front door, Les’ body was located near the basement door, Sy-eed’s body was discovered in a bedroom on the second floor, and Leslie’s body was found in the kitchen.

According to investigators, police found Louis drinking vodka and sitting next to a rifle case.

Relatives told NBC10 that Louis suffered from depression and had schizophrenia. They also indicated he wasn’t taking any medication. Police have been unable to confirm any medical diagnosis.

While police try to figure out a motive, family members and neighbors are left to grieve the loss of a “beautiful bunch of people.”

What an absolute horrible tragedy. May these four beautiful souls rest in peace.

Share this to send your condolences to this family’s loved ones.