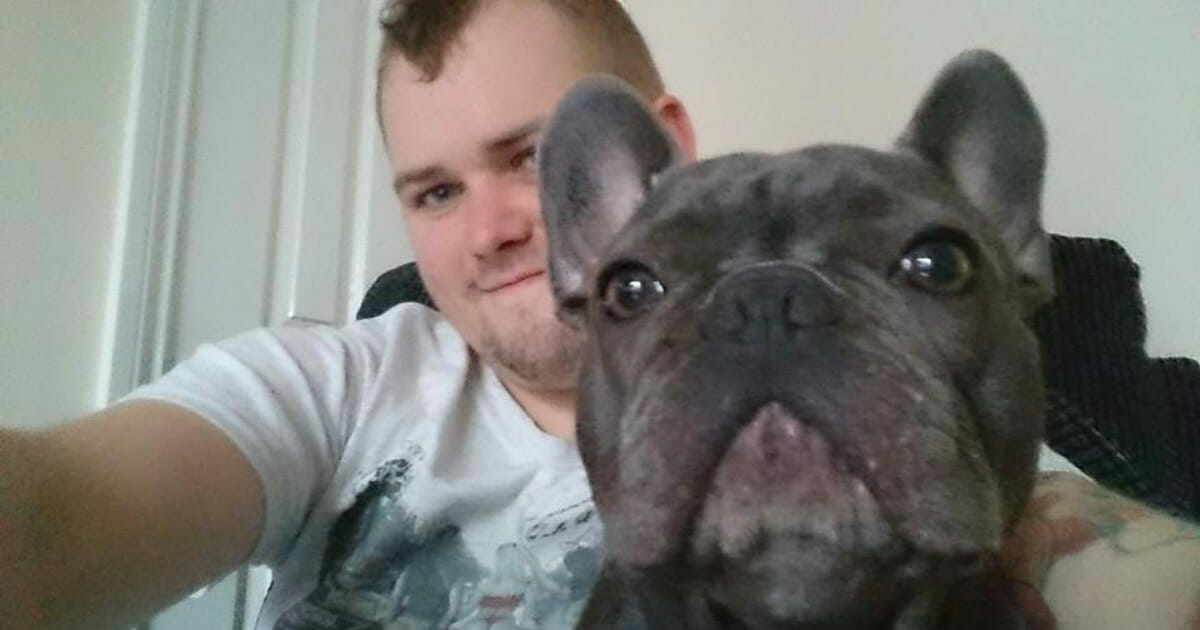 There are many cases when couples die within months or sometimes days of each other; it’s referred to as the broken heart syndrome.

But the same can be said for humans and animals.

Stuart Hutchison was just 25 years old when he died at home with his family in Scotland — 15 minutes later his devoted dog passed away unexpectedly.

Stuart had three dogs but it was his French bulldog Nero that he was closest to.

“Nero was the dog which was always with him. [His wife] Danielle was heartbroken to have lost both of them, but she has been so strong,” Stuart’s mom Fiona Conaghan said.

Stuart was diagnosed with a brain tumor in 2011. Back then, he was only 18 years old and as a teenager, he went through several bouts of treatment.

But in 2018 he got some devastating news. After battling the tumor for eight years and despite surgery and chemotherapy, the cancer had to his bones.

Stuart dreamed of going to college, but his diagnosis changed his whole life.

Throughout his brutal and brave fight, his loyal dog Nero was always with him.

“He had three dogs. But him and Nero were like one man and his dog. Nero was the dog which was always with him,” Stuart’s mother Fiona said.

Stuart was able to return home for the last four weeks of his life and his mom became his full-time carer.

“We got Stuart home four weeks ago because he wanted to die at home because that’s where he was born. We cared for him at home,” mom Fiona said.

On the day that Stuart passed, the family had also discovered that Nero wasn’t well and took him to the vets where it was discovered he had ruptured something in his spine.

Prior to this Nero had been well, according to The Metro.