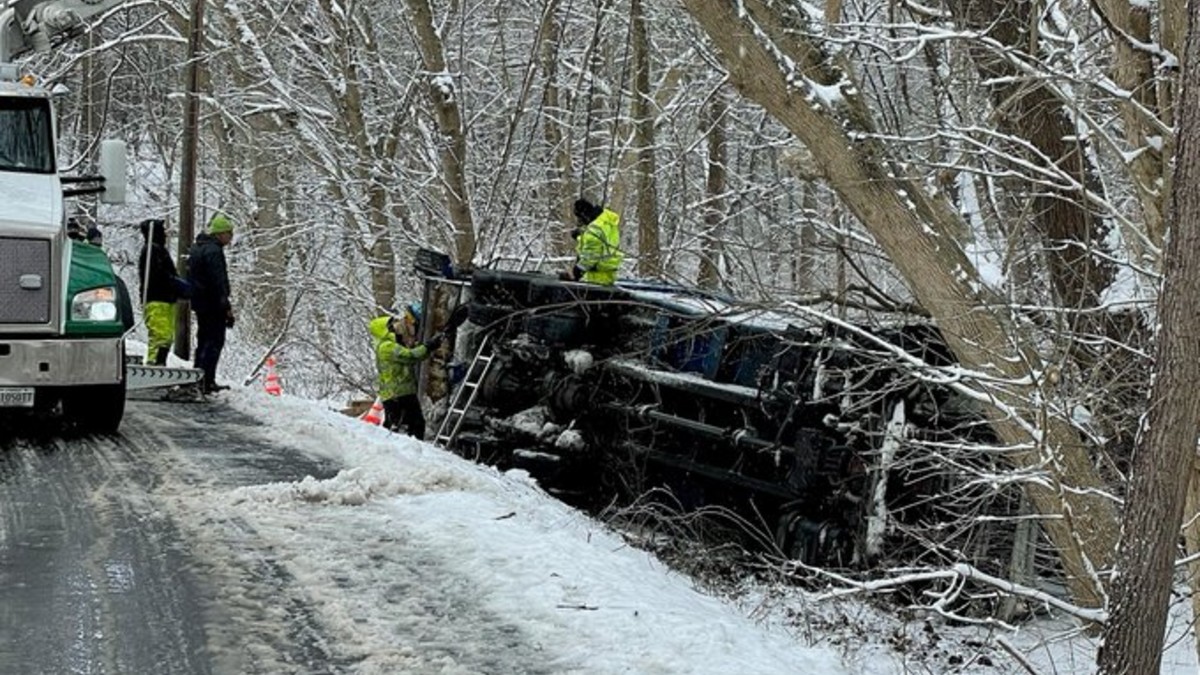 A man who was excited about having a fresh start at life and making a positive impact on his community had his life suddenly cut short when he was involved in a tragic accident on his first day of work.

Mark Steven Williams, 64, was killed Monday when the recycling truck he was riding on rolled over.

According to a Fredrick County Sheriff’s Office press release, Williams, along with two others were involved in a single vehicle accident in Adamstown, Maryland around noon.

The initial investigation shows that the driver of the truck “failed to negotiate a curve on the ice and snow covered roadway” causing the truck to slide off the roadway.

The driver and passenger suffered minor injuries, while Williams, who was riding on the back of the truck was pinned underneath the vehicle.

He was pronounced dead at the scene.

Williams family told WUSA that the 64-year-old had been looking forward to a fresh start.

He had recently served six years in prison after being convicted of burglary in Maryland. He had been living in an emergency shelter where he showed signs of becoming a leader at substance abuse meetings.

“It had been challenging for him to find a job because of his background and someone took a chance on him,” Kavonte Duckett, the shelter’s director, said.

“Picking up recycling may not be a great job for a lot of people, but it was something he was really eager about,” his brother said.