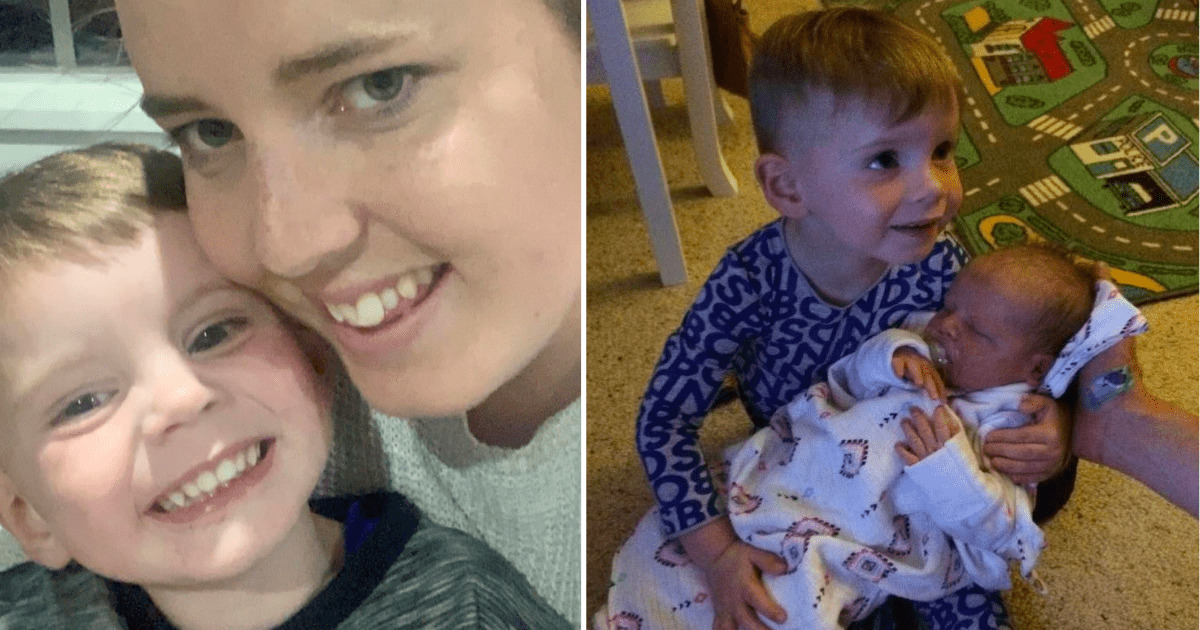 Life frequently hands us surprises, some bigger than others. For Jason and his wife, Dimitty Bonnet, it would be a life changing shock that would see their lives transformed overnight.

Forty-two-year old signwriter Jason and twenty-eight-year old Dimitty, an admin manager, felt they were in a good place in their lives.

The Australian couple already had two wonderful children, Nate and Darci, a good family life and careers – and had no intentions on changing things.

Like many couples around the world, the Bonnets were happy with their two children and didn’t consider having any more. They had considered their lives complete and had consciously stopped trying to grow their family.

But some things just don’t quite go as planned.

Everything Normal… at First

In early 2022, Dimitty became injured during a rugby game. She had x-rays done and nothing unusual was revealed. She then began her healing process.

While healing, Dimitty was more sedentary than usual and consequently began to put on some weight. She wasn’t especially bothered by it, however.

“My weight has fluctuated my whole life, so I didn’t think anything of it when I put on a few pounds,” she said.

“I assumed it was just a bit of lockdown weight, and it was nothing too noticeable.”

Some weeks after her injury and an X-ray, Dimitty decided to take a pregnancy test, even though her period was coming regularly. It came out negative.

On February 26, 2022, just one month after the negative pregnancy test, Dimitty was feeling ill around her abdomen area.

She decided to put the kids to bed and she too retired to bed for the night. But around 1:00 a.m. she woke up in pain.

“It was like I really needed the toilet, but I wasn’t able to go,” she said. “The pain started to get worse, so I decided to have a shower to make myself feel better.”

Since Jason was sleeping, she decided to shower with the light off to avoid waking him up.

While showering she suddenly had the urge to push, so she did. In the most surreal next seconds, she found herself holding a baby’s head in her hand.

Utterly shocked, dazed, and confused, she managed to bring herself to sit down in the shower. She continued to push and some minutes later, found herself holding a tiny newborn baby boy in her arms.

She yelled for her husband who quickly came over to the bathroom and switched on the light.

Needless to say, when he saw his wife sitting in the shower covered in blood with a newborn baby in her arms, he thought he had to be dreaming.

Panicked, he quickly called for an ambulance, who were on the scene in about 15 minutes. The paramedics helped Dimitty deliver the placenta and then took the family to hospital.

Dimitty and the new surprise member of the Bonnet family spent the next 24 hours under supervision at the Campbelltown Hospital in New South Wales.

The surprise baby boy came into the world weighing 6lb and 8oz. Both mom and baby recovered well and were soon sent home.

“It was such a huge shock that the first few days are a bit of a blur,” Dimitty said.

“It took us about 24 hours to come up with a name for him, but we chose Harvey after Jason’s grandfather, which is really special,” Dimitty said.

While in the hospital, Dimitty and Jason Facetimed Harvey’s big brother and sister Nate and Darci to give them the big news.

Both children were thrilled, with Darci particularly excited.

“My older kids were so excited when we told them, particularly my daughter as she’s always wanted to be a big sister,” Dimitty said. “She’s so caring and has taken on her new role really well.”

Family and friends of the couple were very supportive following Harvey’s unexpected birth, coming together to ensure that the family of five had everything that they needed on such short notice.

“Our family and friends have all been so supportive as we weren’t prepared at all – in fact, we’d thrown away all our old baby stuff a month before.

“But everyone came together to make sure we had a pram, clothes, nappies, and a bed for him,” Dimitty said.

Above all, Dimitty and the entire family are much enjoying their unexpected but incredible new blessing.

“He’s such an amazing baby, and we feel so lucky to have him join the family, even if it was quite a shock at first,” Dimitty said.

We spend so much time planning things in our lives, yet here is a story that proves just how much things can change unexpectedly and most suddenly.

Share the Bonnet family’s story to congratulate them on their surprise bundle of joy!