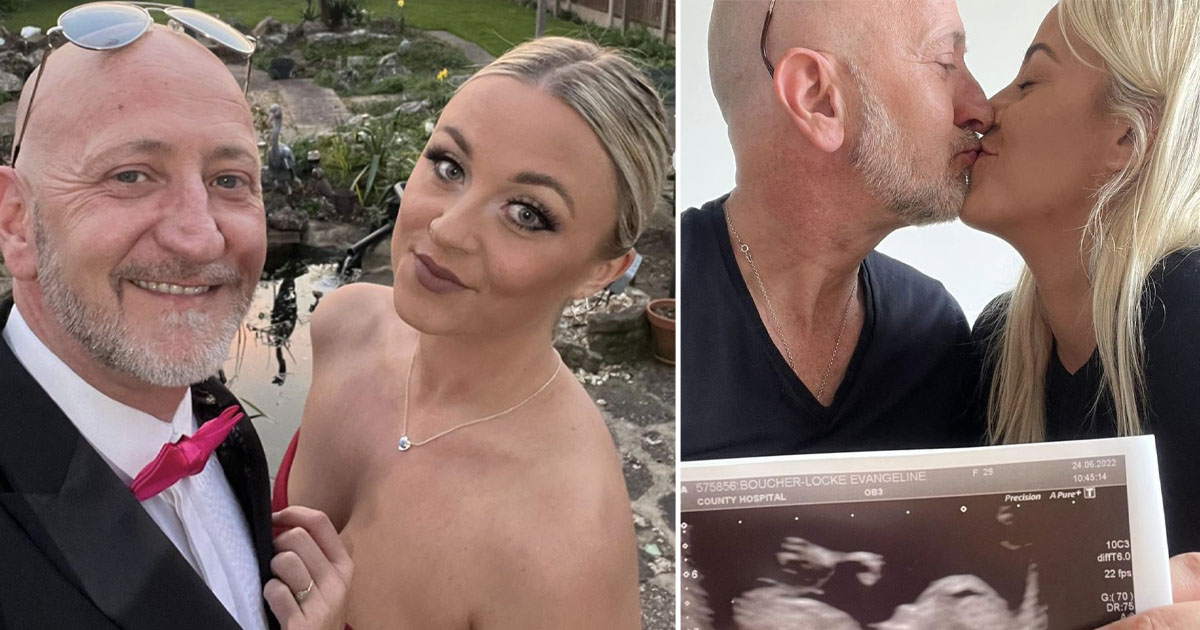 The saying age is just a number is repeated quite a lot of times. But not a lot of people are able to put it into practice when it comes to another person.

However, this couple was able to look past their age difference and find other things they had in common…

48-year-old Rich Foetu Tomkinson and 29-year-old Evie Boucher-Locke are deeply in love. The couple met at a bar when Rich was serving her with drinks and it was an instant connection for both of them.

They first met one another in July 2018, and in October of that year already became an exclusive couple. And in February 2019, the couple took the plunge and moved in together.

Once things got serious and the couple introduced one another to their families, they came to a very peculiar realization. When Evie introduced Rich to her mom, Sarah Owen, they found out something not a lot of couples would be able to say.

When Rich met his girlfriend’s mom, the two of them realized they had worked together on the same street in the 90s and that Rich would often see Sarah pushing Evie in a stroller, when she was a child.

“It was a bit freaky when I realized I’d met Evie as a baby, but I had no idea at the time. We just laugh about it. Age is just a number to us, and you can’t help who you fall in love with,” Rich explained.

The big age gap of 20 years between them often leads to people confusing them for father and daughter, but they just laugh it off.

“I’ve been mistaken for Evie’s dad before, but most people can see how well we click. The 19-year age gap doesn’t bother us at all,” Rich said.

Evie instantly connected with Rich’s warm personality. And Rich was interested in her as well, and asked for her to get involved with a big charity event he was organizing so he would be able to keep in touch with her.

The two kept in touch, and when Evie went on vacation and Rich missed her immensely; he knew this was it. He knew he had fallen head over heels for Evie. The couple has been inseparable ever since.

In late 2018, Rich found out his father had cancer. It was an emotionally turbulent time for him but Evie stuck by his side throughout which solidified his feelings for her even further.

He decided to propose to Evie a month after they had moved in together. Rich planned a very elaborate proposal, where he proposed to the love of his life in front of a crowd of 1000 people at a local theater where a documentary was screening as part of his charity event.

They planned their wedding for June 2021, but the Covid virus forced them to delay everything. They had booked Somerford Hall in Brewood and had to make the tough decision to cancel the event because both of them lost a parent in the span of six weeks, Rich’s mom and Evie’s dad.

“We had a chat and Evie decided that it was not going to be the wedding she wanted because she could not imagine walking down the aisle without her dad. There was so much sadness,” Rich recalled.

“Before we realized that the insurance would pay out our first thought was that we’d lost all our money and wouldn’t be able to get married. I can’t tell you how stressful it was. We were devastated. It made it a lot harder to grieve and you shouldn’t have to feel that worry,” Rich said.

They had their wedding later, on a more intimate scale with only 200 guests in total.

“Marrying Evie was the best day of my life and I’m so excited to have a baby with her,” Rich says.

The couple says they had the most fun on their wedding day with dance-offs and whatnot. Even though a lot of people in their friends and family thought their relationship would not last, they are now happily married and expecting their first child together.

“We’ve already thought about people thinking I’m the grandad rather than the dad at sports days and things like that,” Rich says.

But the couple plans to just laugh it off and not let it get to them.

True love really does not see age. We wish the very best of luck to Rich and Evie in their upcoming journey of parenthood!