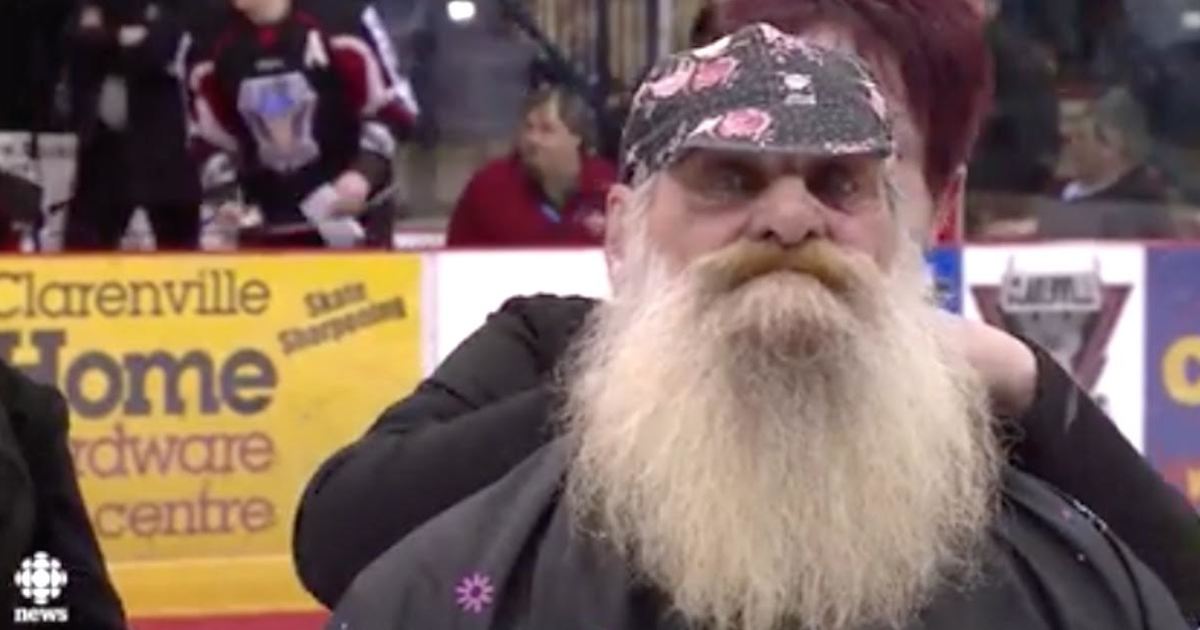 For probably the majority of men, shaving is just part of a routine that they don’t think too much about. Canadian Newfoundland resident Ralph “Boonie” Lethbridge is however no such man. His beard has been a most beloved part of him. If you don’t believe me – he hasn’t cut it since he was 16. That’s 40 years. Ralph trimmed it now and then, but the beard has just always there. So when he at last decided it was time to bid farewell to his loyal beard, the whole neighborhood gathered to watch. People flocked to the arena where the cut would take place and filled up the seats as if to watch a show. When Ralph walks into the rink, it’s hard to imagine how he will look without his long, white beard…   But the story takes a more significant turn. You may be asking yourself why this man, after living with his beloved beard for so long, decided to at last shave it?

The answer lies with his close friend Larry, who suffers from ALS – also known as Lou Gehrig’s disease. Ralph wanted to help his old friend and a local charity group collect donations to go toward research and treatment of the paralyzing illness.

Ralph’s efforts along with his special shaving beard ‘ceremony’ allowed him to collect over CDN$50,000. Now that’s what I call the perfect reason to suddenly change one’s appearance. Agree that it makes quite a big difference? Make sure you watch the video until the end when Ralph and Larry meet. But prepare the kleenex!

What a man! If you admire Ralph for his fine gesture, please share this. I know in any case that I will.