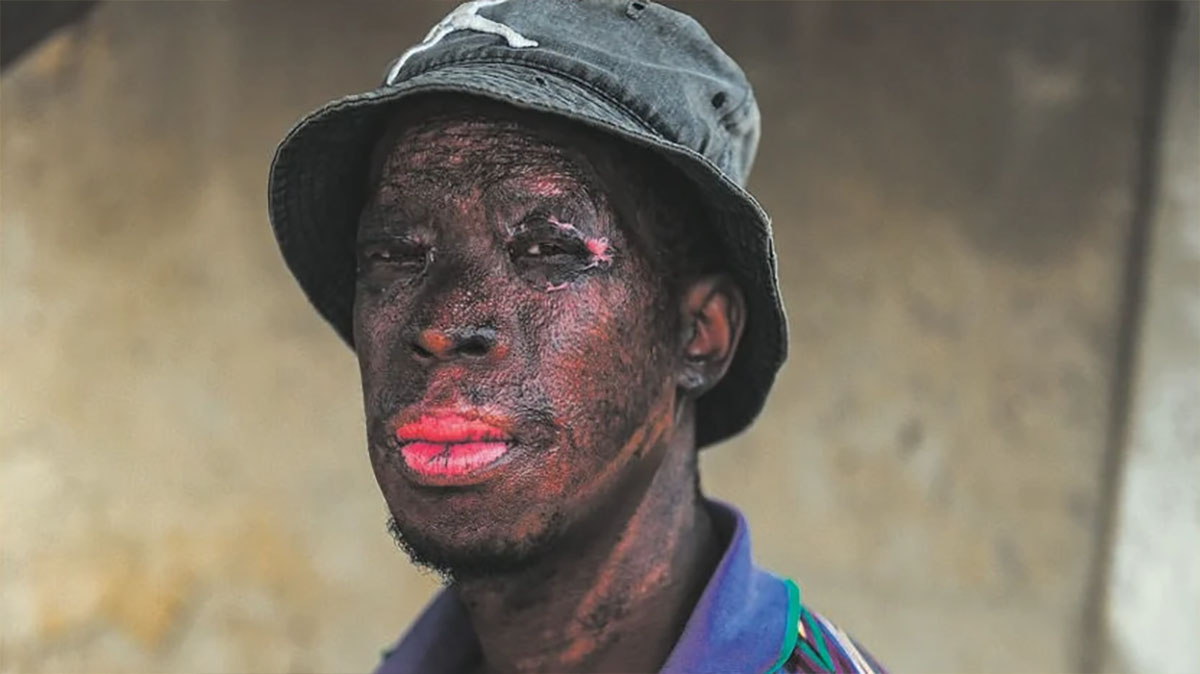 When Zikhaya Sithole was walking home with a friend from the store he was stopped still in his tracks by the sounds of a woman screaming.

The 38-year-old from Orange Farm, a township south of Johannesburg, South Africa, ran toward the screams and found a mother standing outside her burning home.

She was screaming that her children were inside.

“That’s when I pulled my hat over my face and ran into the flames,” said Zikhaya, as per the Daily Sun.

The shack was on fire and inside were one and two-year-old baby brothers.

“When I got inside the shack, I heard the children crying. I grabbed the child who was on the bed and ran out, but when I wanted to go back for the other one, the flames were too strong,” he said.

It was only after he returned home that he realized he was injured.

Zikhaya was left with a badly burnt face, sensitive eyes and injured hands that means he can no longer work as a welder.

“But I never regretted entering the shack. I have saved a child. I wish I could have saved them both,” he said.

His partner Mapaseka Monareng said she was shocked when he came home burnt, but she called his relatives and paramedics while she helped him take off his clothes.

Zikhaya Sithole says saving a child’s life is something he accepts being damaged for.

“We live in a world where men are said to be trash, but Zikhaya braved the flames to save kids. We will journey with him through his healing process. We don’t have much to offer, but we’ll work with him,” he said.

There has also been a community effort to nominate Zikhaya for a Mendi Decoration for Bravery award, awarded to those who have performed an extraordinary act of bravery.

The family of the two boys have since visited Zikhaya to thank him and donations have been sent locally; now there is push to start a worldwide fundraiser to help this man heal.

This man went above and beyond, sacrificing his own life to do what he could to help these babies, because of his actions a child is alive today.

He is a true hero and should get all the help he needs.