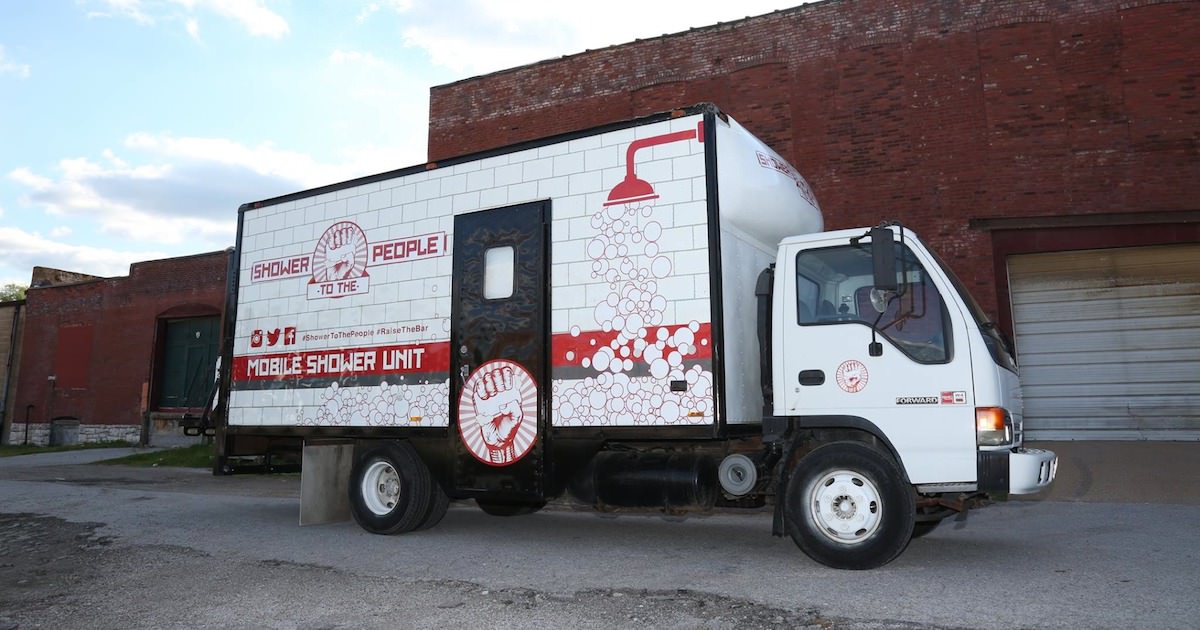 Many people think that the best way to help homeless people is to make sure their basic needs are met by giving them food, clothing, and cleaning products.

But, a 31-year-old American pastor named Jake Austin believes that the best way to help people in this unfortunate situation is to give them back their dignity. He helps give them the tools they need to get a job, starting with a space to do something so basic that you might overlook it.

So what is it? Something both kind and ingenious. He bought a van and installed two showers inside so that homeless people in his area can bathe.

According to Jake Austin, you can give food and clothing to a homeless person, but if they haven’t showered in three months, it’s unlikely anyone would hire them.

And for this reason, Jake Austin bought a $5,000 truck and turned it into a shower on wheels.

Jake drives his truck around St. Louis, Missouri, and helps people in need clean up.

Jake’s truck is complete with two private showers, changing areas, a bathroom, and mirrors so that people can shave and brush their teeth.

The truck connects to fire hydants on the street, and Jake uses a generator to heat the water.

The project has been dubbed “Shower to the People,” and Jake manages it along with a non-profit organization called “Raise the Bar,” which makes soap and provides homeless people with part-time work.

The company distributes its soap free of charge to users of the traveling shower.

Jake’s goal is to give people their dignity back and get them off the streets.

Isn’t this an amazing project? I wish there were projects like this all around the world.

Please share this article with all of your friends. Perhaps Jake’s work will inspire others to start programs like it!