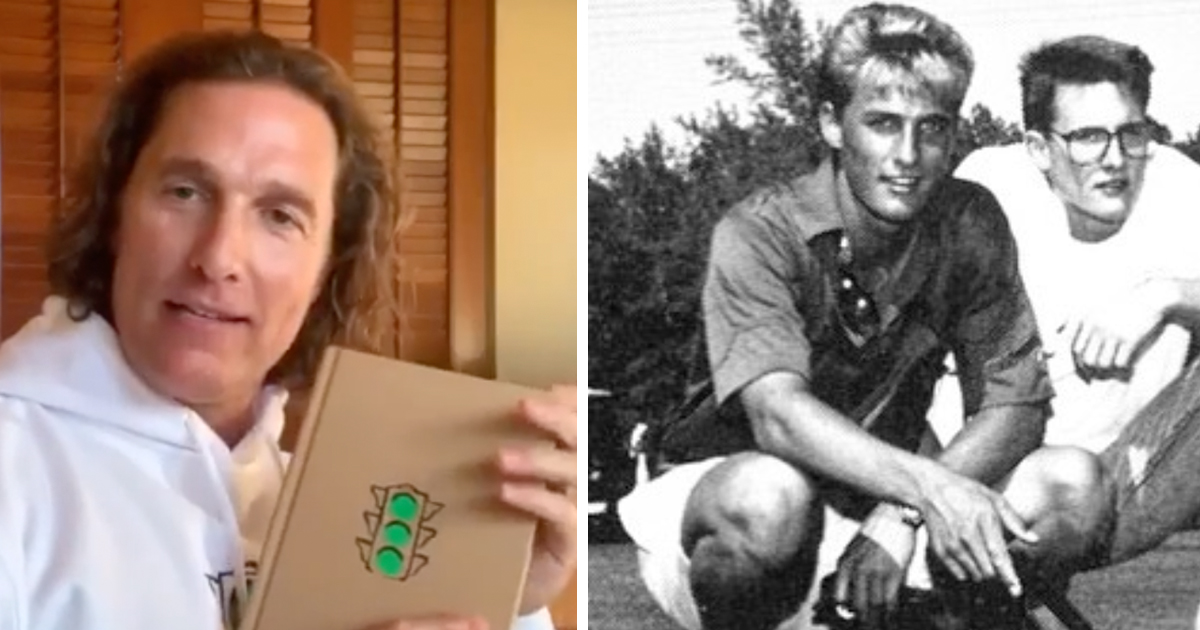 Matthew McConaughey has revealed that he was “knocked unconscious” and sexually assaulted by a man in the back of a van as a teenager.

As per The Sun newspaper, McConaughey also admitted he was “blackmailed” into losing his virginity at the age of 15.

Oscar winner McConaughey divulged the information in his new memoir Greenlights, where he also confessed that he used to believe he was going to hell for having sex before marriage.

“I was blackmailed into having sex for the first time when I was 15. I was certain I was going to hell for the premarital sex,” wrote the 50-year-old.

“Today, I am merely certain that I hope that’s not the case.”

McConaughey, who has three children, also wrote: “I was molested by a man when I was 18 while knocked unconscious in the back of a van.”

Yet despite the harrowing experience, the Dallas Buyer’s Club star remains upbeat and positive.  “I’ve never felt like a victim,” he said. “I have a lot of proof that the world is conspiring to make me happy.”

Indeed, McConaughey’s career has gone from strength to strength since he became a recognized name through Dazed and Confused (1992), and he took home an Oscar for his role as Ron Woodroof in Dallas Buyer’s Club.

That, on top of equally invigorating performances in flicks like Interstellar and TV shows like True Detective, has propelled him to stardom. These days, he’s a household name in Hollywood.

Yet the 50-year-old remains a compassionate and considerate human being. Back in 2016, he supported the University of Texas’ “Rape Elimination Program” by shuttling students home from campus after dark.

He was photoed driving students home as he worked to raise awareness as to the prevention of sexual assault.

“Longhorns take care of each other, and it’s ‘safe’ to say Matthew McConaughey agrees,” the photo reads.

“Don’t forget to use SURE Walk when traveling home late at night; you never know who might pick you up!”

As for his memoir, it looks to be jam-packed full of interesting tit-bits for fans. In the book, he also discusses his parents and their turbulent marriage.

McConaughey told how his mom, Kay, once broke his father’s nose and held a knife at him during a fight, before the pair had sex on the kitchen floor. The couple were reportedly married three times and divorced twice.

I don’t know about you, but I for one absolutely love Matthew McConaughey and think he has a heart of gold.

It might have taken him some time to speak out about the abuse he suffered when younger, but doing so will certainly empower others to do the same.

The fact that young people can be molested and abused by their elders in this day and age is completely unacceptable. For too long instances have gone under the radar and those responsible have gotten away with their crimes.

No more. I hope that through people like Matthew McConaughey speaking out, the taboo can be shattered and anyone who’s been a victim of exploitation or abuse can have the confidence to come forward and seek help.

Share this article if you’re a Matthew McConaughey fan, and if you stand with all victims of abuse!