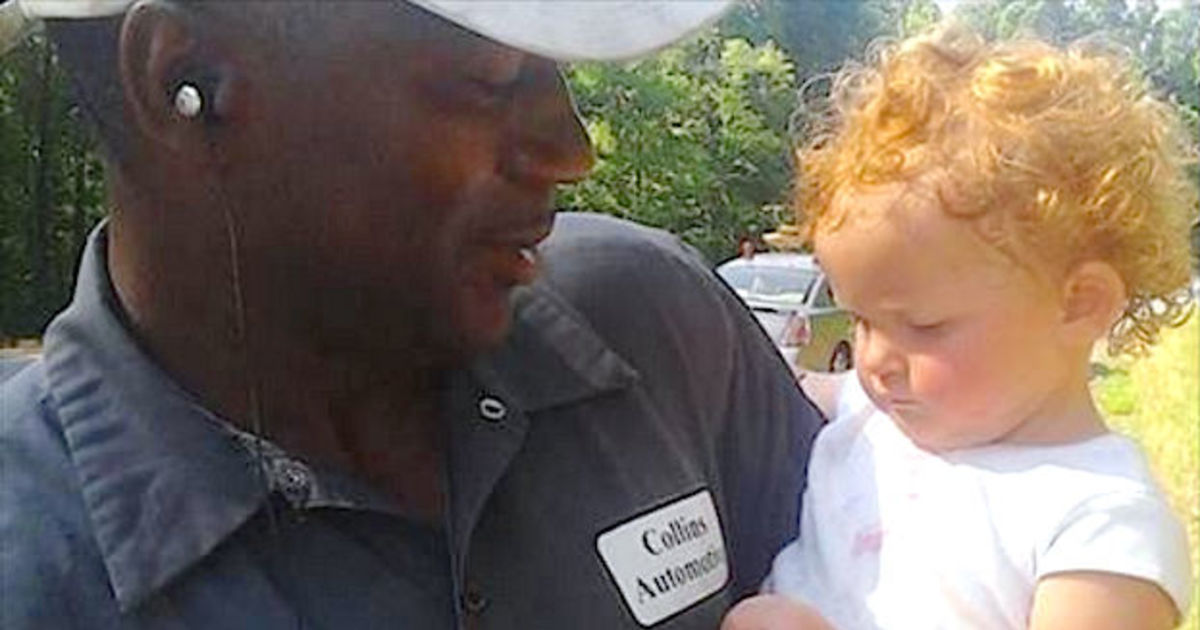 Two years ago, an auto mechanic named Bryant Collins was driving down the road when he saw something unusual in the corner of his eye.

Something was crawling beside the congested road, dangerously close to traffic.

Collins stopped his car right away. And when he got out, he saw that the strange form was a baby crawling along the road.

Collins could hardly believe his eyes.

The shocked mechanic quickly picked up the 15-month-old baby and called emergency services. And he refused to leave the little girl’s side during the two hours it took before the authorities arrived.

When the baby started crying, Bryant picked up his phone and played her some gospel music.

Police officer Kip Thomas, who first arrived at the scene, was also shocked. It turned out that the baby had somehow crawled through the woods to the road, a distance of about 300 yards. The child’s father was arrested soon afterward.

Thomas called it a miracle “that a 15-month-old can go that far from her house, into the woods, fall down an embankment, wind up near a major highway, and really not get hurt that bad.”

Due to his heroic act, Collins proved to the world that people can change for the better.

The auto mechanic had previously spent more than 10 years in prison.

“When I was in prison, I made a very conscientious effort to change, and I did,” he told WXIA.

Collins has been clean and sober for over five years. In that time, he’s managed to become a productive member of society, and now he’s also become something else… a true hero.