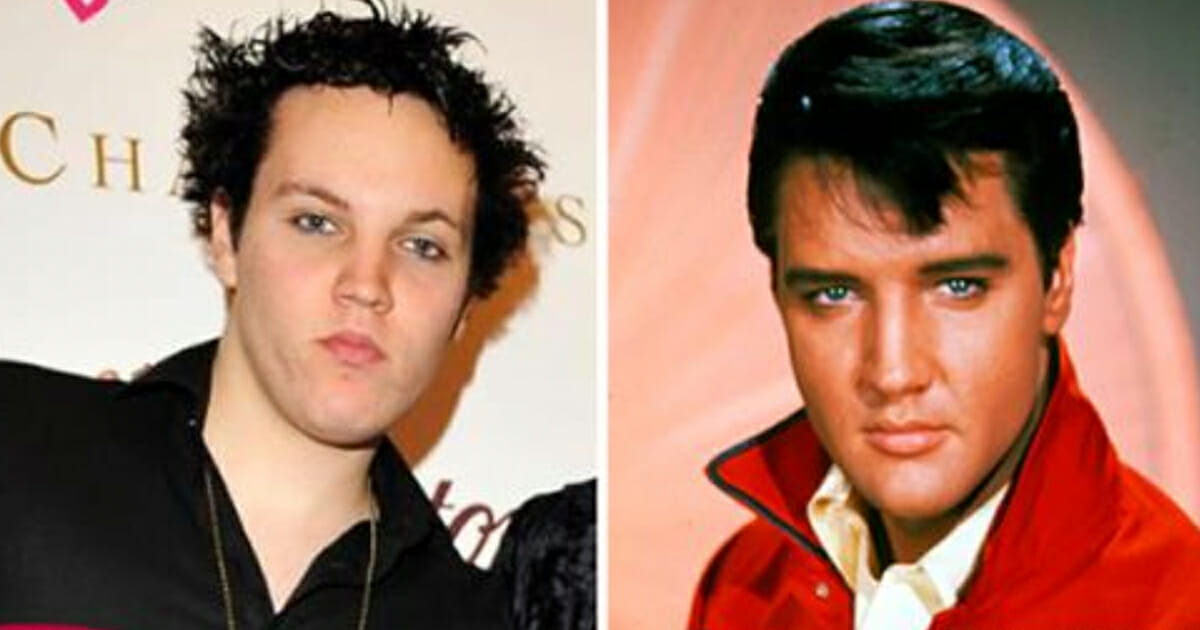 When it comes to music, there’s only one true King! Elvis Presley captured the hearts of multiple generations with his unique voice and virtually unparalleled talent. The fact that his music lives on today is testament to his timeless ability.

Of course, despite Elvis’ death on August 16, 1977, there have been many conspiracy theories fuelling the idea that he’s not actually gone. Personally, I’ve never been convinced by any of them. I’ve preferred to just accept the passing of a once-in-a-liftetime talent, and enjoy the music he left behind as a legacy.

Yet when I saw these pictures of Elvis’ only grandson – Lisa Marie’s 26-year-old son – Benjamin, I was almost turned around. I just had to share these for all those who miss Elvis himself … Benjamin is the spitting image of his grandfather.

He broke the rules, broke records, and became a King. Today we remember the one and only Elvis Presley. #ElvisForever

Elvis burst on to the scene as a 20-year-old, and music was never the same again.

Today, his only grandson, Benjamin, is all grown up, leaving Elvis fans all over the world in awe at the likeness between him and his grandfather. In a certain light one could almost be tricked into thinking that Elvis is still alive …

The Tuple-born superstar was married to Priscilla Presley and they had one child together – Lisa Marie Presley, who has four children of her own.

Today 40 years ago Elvis died?. I wasn't even born when he passed away. 40 years on, and he's still considered the greatest (like John Lennon said, 'before Elvis there was nothing'). I loved him since I was about 8 years old, and have been dreaming of visiting Graceland ever since. Unfortunately I couldn't make it there this year like I had planned to. Would've loved to attend the candlelight vigil last night and the rest of Elvis week. But I had the pleasure of meeting Priscilla earlier this year, so that's a little consolation. She was absolutely lovely, an evening I'll never forget. She told me not to worry, one day I'll walk through those gates of Graceland. You bet ?! Thank you for your tireless and passionate work and dedication keeping Elvis' legacy alive @priscillapresley ?. All the best to you, Lisa and the kids. Rest in peace Elvis! I hope you know how much you still mean to millions of people and always will! ❤?❤???. #elvispresley #Elvis #kingofrocknroll #40thanniversary #gonebutnotforgotten #elvisweek #memphis #graceland #lmp #priscillapresley #rileykeough #benjaminkeough #finleyandharperlockwood

The King of Rock and Roll was born in Mississippi and moved to Tennessee when he was 13. His career began in the mid-50s, when he recorded a song with Sam Phillips for Sun Records. Shortly afterwards, Elvis signed a record deal with RCA Victor and released his first big hit. The rise of “Heartbreak Hotel” to the top of the charts was a swift one.

"We'll take a cup of kindness yet, for auld lang syne." #NewYearsEve #Elvis

By the end of the 60’s, Elvis had become one of the most influential artists in rock and roll history.

His appearances were provocative to some, but the people who attended his performances were left awe-inspired by the sheer showmanship.

When he died of a heart attack in 1977, the world was left to grieve a genuine icon.

What do you think? How much does Benjamin look like his grandfather?

If you love and miss the King, Elvis, share this article to pay tribute to an immortal icon!
Share