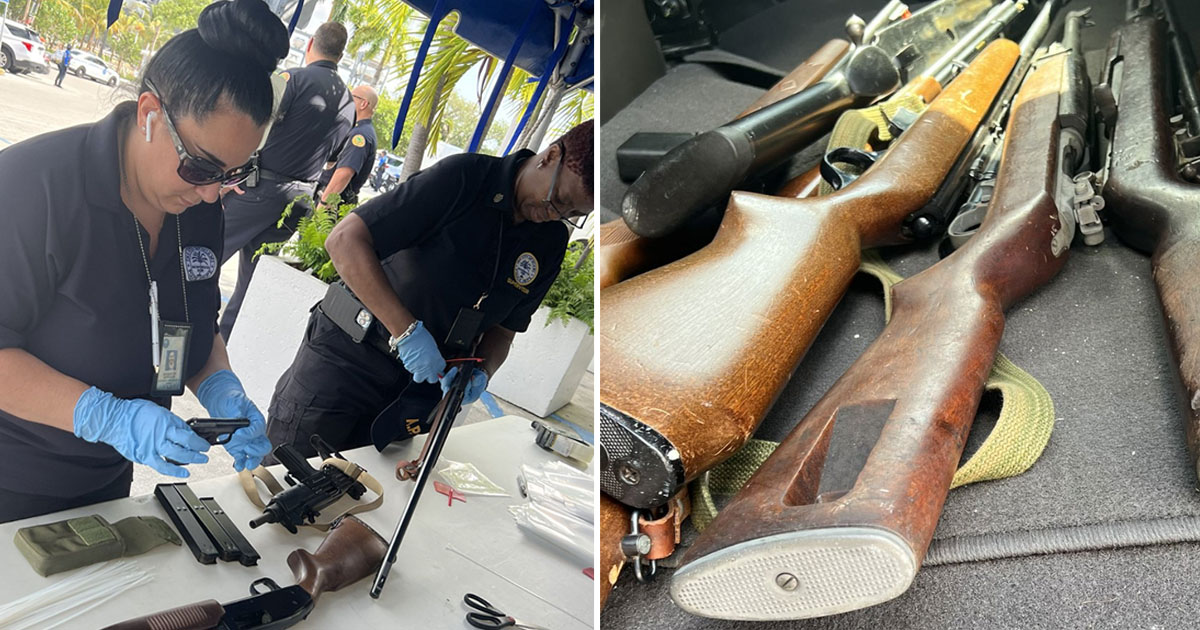 The police department in Miami hopes to reduce the number of unused guns on the streets and get them to a place where they will be useful; in the hands of Ukrainian fighters.

The Miami Police started the “Guns 4 Ukraine” initiative where they are encouraging residents to sell their guns to the police. The end goal for the police is to send these guns to the Ukraine so they may land in the hands of Ukrainian fighters currently resisting Russian invasion.

The event was held at the Miami City Hall, and many residents participated. People waited in line in their cars and motorcycles, waiting for their turn when the police would accept and inspect their weapons.

Ukraine has been heavily relying on aid from the West in order to survive and resist the Russian invaders. A lot of Americans want to help in terms of sending weapons as well and this program is designed to help them do exactly that.

The wish to send weapons to Ukraine privately is hindered due to U.S. and foreign export license requirements. Some skeptics are wondering how the Miami Police department will even go about sending the weapons to Ukraine in the first place.

After the “Guns 4 Ukraine,” drive came to an end, the Miami Police department posted a video boasting about its success on their social media.

In the video, Miami Police Chief Manuel Morales can be heard saying, “We really didn’t know what to expect,” adding, “But we came out here, the community came out, and showed great support for us.”

The Miami Police Chief added that only a few of the guns which were collected were fit for sending over to Ukraine for their war effort. It is not clear how the police department plans on sending the guns to Ukraine but earlier in the month the city commission approved a resolution to allow the City Manager to take any and all action that ensures that the weapons received during the program can be directed to Ukraine to help with their defense efforts.

According to Florida law, any weapons left with a state official have to be turned over to the sheriff, who can do with it what they choose; whether that is to loan it to another department in the state, use it, or destroy or sell it. There is no law that permits the state to send weapons overseas. Anyone who aims to do this must get a license from the U.S. State Department to do so.

City Commissioner Ken Russell said the police department had ascertained from the State Department that such an initiative was indeed possible if the right protocols were followed.

The guns collected by the Miami Police department are also likely not to meet the standards required by the Ukrainian military. This is because, they require more sophisticated machines.

While experts believe gun buy-back programs are a safe way of getting unused guns off the street as well as educating communities about gun safety, research suggests it does nothing in way of reducing violence since according to some they only attract firearms that are virtually unusable.

AK-47s and AR-15s are semiautomatic rifles that are most commonly used in mass shooting incidents in America. Their sale was banned to private individuals for almost a decade after President Bill Clinton’s 1994 assault-weapons ban.

However, the Miami Police department stands by the success of the event. “These are people that had guns in their house that no longer wanted them. We don’t ask any questions, but we’re happy to take them out of their homes, because that way, it’s one gun that may not fall into the hands of someone, or even a kid, and get misused,” Russell said.

As for Chief Morales he said, “How many lives were saved today by this event, we’ll never know.”

What do you think about this initiative by the Florida Police? Let us know in the comments.

Share this article to find out what your friends and family think of this Florida Police initiative.