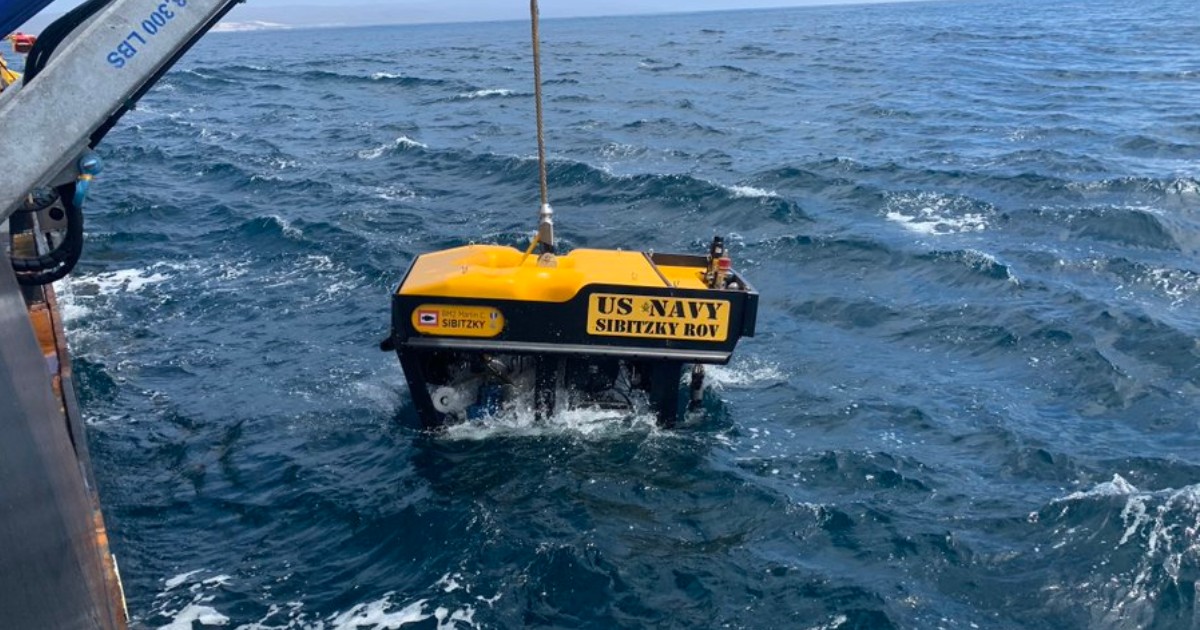 United States Marine Corps officials have announced that they have located the amphibious assault vehicle that sunk during a “training mishap” off the coast of Southern California Thursday evening.

Rescuers believe they were able to detect the remains of the 8 missing crewmembers.

Around 6 p.m. about 75 miles off the coast of San Diego, California, an AAV that was being used in a training mission began taking on water.

Seven Marines, one whom died at the scene, were rescued from the vehicle, but seven Marines and one Navy sailor were unaccounted for.

Rescuers spent several days searching the water for them and the vehicle, but on Sunday the search and rescue turned into a recovery effort.

On Tuesday, officials confirmed they located the AAV and the U.S. Navy’s Undersea Rescue Command spotted human remains near the sunken vehicle. It’s believed the remains are the missing crewmembers.

According to reports, “equipment to properly and safely perform the recovery from the sea floor will be in place at the end of this week.”

Sarah Villanueva, who had been married for only one month to Cpl. Cesar Villanueva, one of the missing service members, wants to know what happened.

“Personally, I would like to see some action taken to ensure this doesn’t happen again, to make sure that no other family, no other wife, brothers siblings have to go through this again,” she said.

An absolutely tragic accident. I am glad that they have located the vehicle and the service members. Hopefully this will bring some closure to their families.

May they all rest in peace.