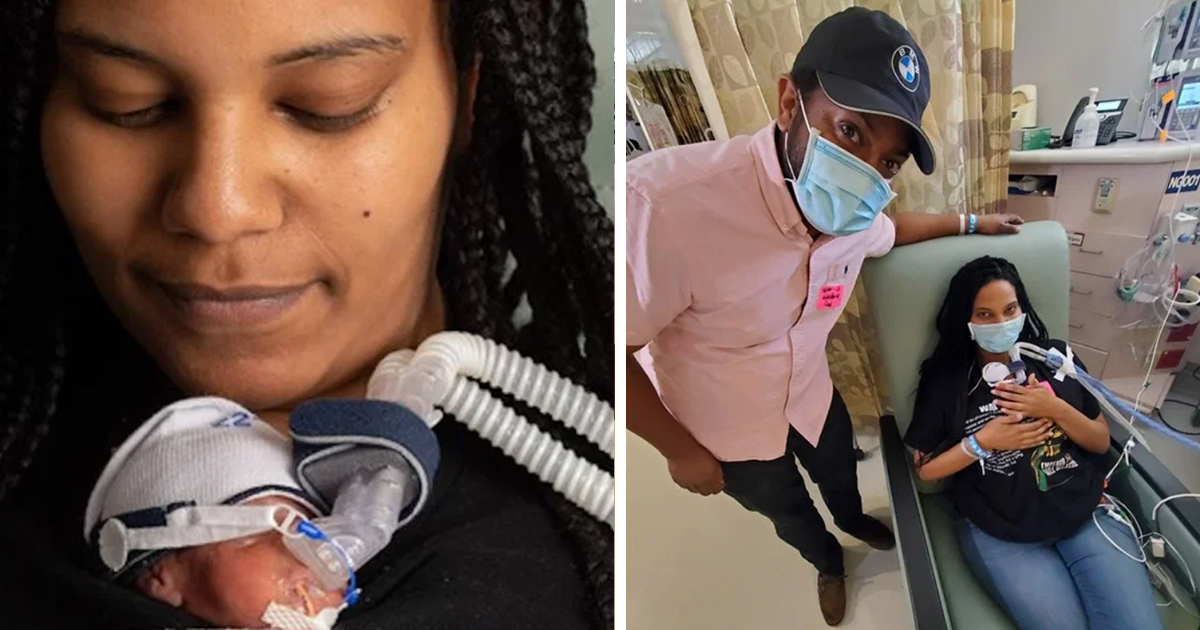 It was a situation that every pregnant woman is fearful of – going into labor early and completely unprepared.

Helen Woldemichael not only went into labor at 25 weeks but during one of the worst winter storms to hit Texas in decades.

The deadly weather, which hit the Lone Star state in February, left millions without power and water.

Helen, who wasn’t due to give birth until May 30, went into labor but because her other two children had been born at full term she put it down to a false alarm.

When it became very clear that she was in fact in labor her husband Abiey drove her to hospital.

“The roads were really slippery — I was terrified we were going to crash,” Helen recalled, as per NBC News.

But the couple’s baby couldn’t wait and arrived on the way to Baylor University Medical Center in Dallas weighing 1 pound 11 ounces.

“I remember pushing… but it happened so fast,” Helen said. “I was in total shock.”

Her baby girl arrived weighing 1 pound, 11 ounces, and wasn’t crying so she turned up the heat in the car and held her close to her skin, hoping their newborn would respond.

“I was worried we were going to lose her. She was so tiny. I didn’t think she was going to make it,” Helen said. “That was terrifying.”

Thankfully they arrived at the hospital shortly after where staff from the Neonatal Intensive Care Unit took over.

Now their little bundle of joy is feeding well, can breathe on her own and weighs over 2 pounds. She is expected to return home in May.

‘What she did is absolutely amazing’

“She’s doing really good right now, but the doctors told us to be prepared for two steps forward, one step back,’” Helen explained. “We’re hopeful, but we don’t know what could happen tomorrow.”

They gave their little girl the perfect name explaining: “Amari means miracle in Hebrew,” the 33-year-old mom told TODAY Parents. “And that’s what she is.”

Abiey gushed with pride at what his wife achieved that day in bringing their baby girl into the world during such extreme circumstances.

“She is the strongest woman that I’ve ever known. What she did is absolutely amazing,” he said. “The way she managed to stay calm — she’s a rock star.”

I hope miracle Amari continues to thrive. What a wonderful birth story she has to learn – for when she’s much older. Well done mom!