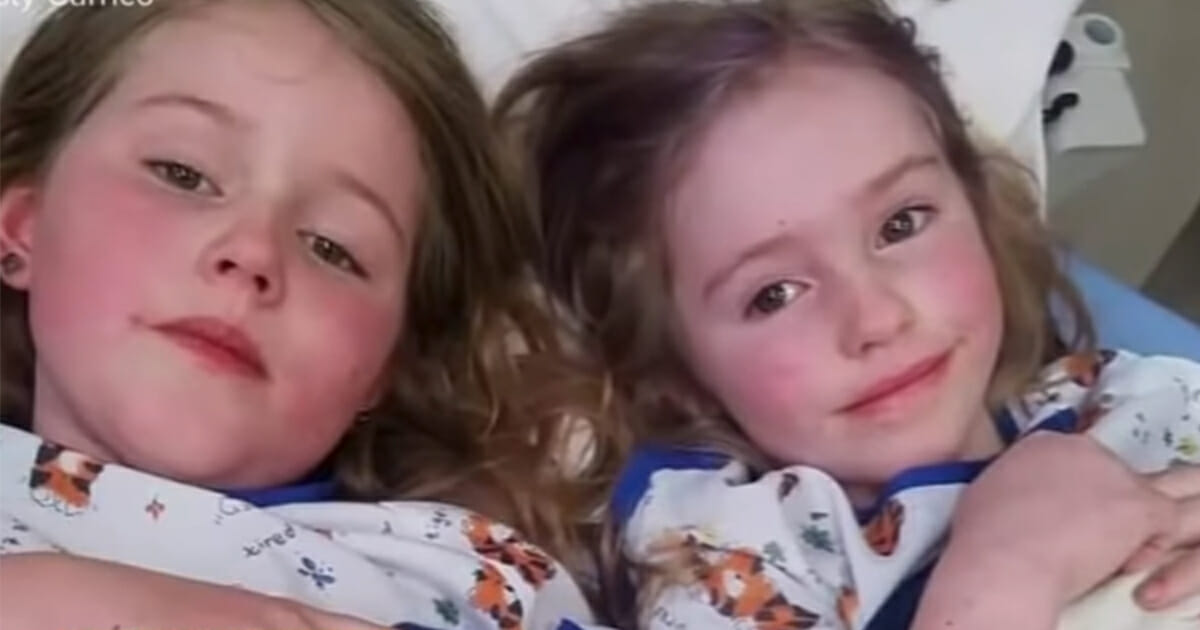 One of the nightmare scenarios for any parent is the prospect of your children going missing.

Spare a thought for the parents of 8-year-old Leia Carrico and her 5-year-old sister Caroline, then, after their daughters disappeared when following a deer trail outside their home in Northern California.

The sisters, armed with rubber boots and snacks, kept walking until they found themselves lost in an unforgiving wilderness. No sooner had people noticed they were missing was a tireless search launched, one that included the National Guard, firefighters, search and rescue dogs and military agencies.

The search would go on to last forty-four hours, at the end of which rescue teams would be met with quite the surprising sight …

Needless to say, as the hours rolled over the girls became more susceptible to things such as starvation, dehydration and hypothermia. The cold and rugged wilderness presented many a challenge for even the hardiest of explorers, let alone two young girls.

And yet, Leia and Caroline had experience from participation in their local 4-h club. What’s more – though loved ones weren’t to know at the time – it was precisely this knowledge that was working to keep them alive.

Just imagine it: an 8-year-old and a 5-year-old alone and afraid in rugged terrain … it must have been a truly terrifying time for their family.

And yet, there was light at the end of the tunnel. Forty-four hours passed before firefighters discovered a trail of small boot prints and granola bar wrappers in the woods, around one and a half miles from their home.

Lt. Mike Fridley told CBS News: “The wrappers showed us a direction from where they started to where the wrappers ended up at.”

There, huddled together, shivering under a bush, were the sisters. Boy, do they have a story to tell:

The idea of any of my children going missing or being scared and alone literally puts rocks in my stomach. The fact that Leia and Caroline were found safe and sound almost two whole days after their disappearance is nothing short of a miracle.

Of course, it’s down to the tireless efforts of the search and rescue teams that they were eventually found, and so we owe it to them to show our thanks and praise!

We’re so thankful this story had a happy ending!

Please share this article on Facebook to praise the efforts of the search and rescue parties for undoubtedly saving the lives of Leia and Caroline.