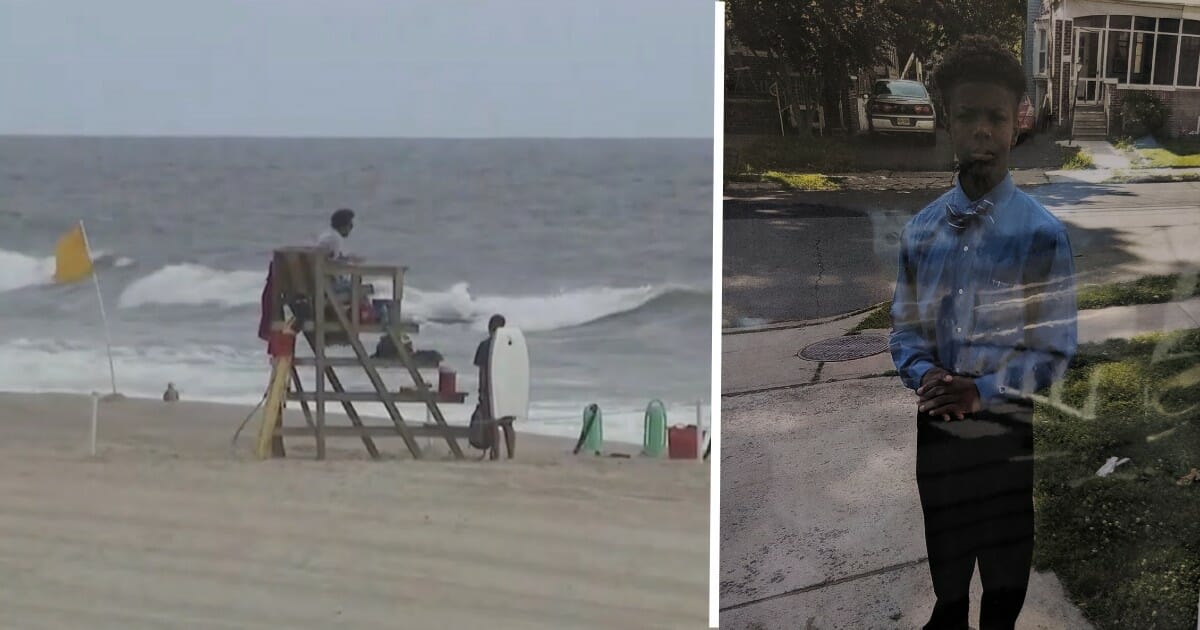 Over Labor Day weekend, 15-year-old Josiah Robinson and his younger sister were caught in a rip current while swimming in the ocean in Spring Lake, New Jersey. The incident happened around 2:45 p.m.

Lifeguards were able to rescue the boy’s sister and bring her to shore, but they weren’t able to reach Josiah.

Several agencies responded and spent several hours searching for Josiah, but they could not find the teen. According to News12 New Jersey more than 80 lifeguards searched for him immediately after he disappeared.

The search resumed Monday, though thunderstorms forced officials to call off the search.

On Tuesday, the New Jersey State Police along with the U.S. Coast Guard and the Spring Lake Police Department continued their search, but ultimately called it off.

Amy White, a resident of the shore town, organized a prayer gathering on Tuesday.

“I went back today and saw the family sitting there and thought ‘can we pray if we can’t physically find him ourselves?” she told Asbury Park Press. “We’re praying for them and we’re just hoping their son will be brought to them so they can have closure.”

The body of Josiah Jeremiah Robison was found on a Spring Lake beach about a half mile north of where he was last seen. I spoke with his grandmother a short time ago. Watch how the community is helping this family deal with the horrible tragedy coming up at 12. @News12NJ pic.twitter.com/c66UIgsQLC

Early Wednesday morning, around 6:00 a.m., a woman out for a walk reportedly found Josiah’s body about a half mile north of where he was last spotted.

“Our heartfelt condolences go out to Josiah’s family and friends,” Police Chief Edward Kerr Jr. said, according to New Jersey 101.5. “The Spring Lake Police Department and the community as a whole pray for the return of Josiah to his family.”

Please send your condolences to Josiah’s family during this extremely difficult time.