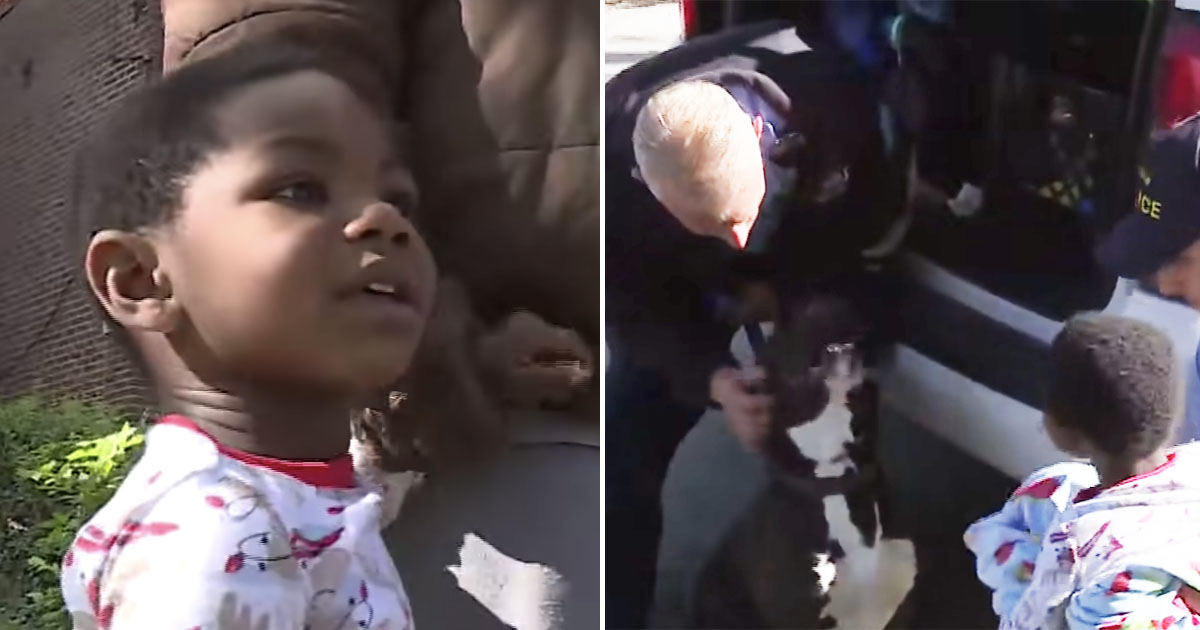 Your child getting lost is every parent’s biggest nightmare. You cannot help but panic and think of the worst possibilities. This parent’s worst nightmare came to life when they realized their toddler was missing.

But luckily for them, their baby remained safe thanks to a very unexpected savior…

Little Kh’amorion Taylor somehow made it out of his home alone, and was roaming the streets of a north St. Louis City neighborhood alone early Thursday morning.

A resident of the neighborhood came across the little boy and was perplexed at the sight. She saw that the boy looked well taken care of, well-fed and groomed but he did not have any shoes on.

What seemed more peculiar to her was that the boy was accompanied by a  stray dog who she said looked like had been taking care of the little boy and protecting him.

“He looked well taken care of, he was very neat, very clean; he just didn’t have the shoes on,” the neighbor said. She had happened across the little boy while walking her dogs but immediately decided to get to work to find the little boy’s parents.

She chose to remain anonymous but retells the story of how the little boy’s father reunited with his son. A photo of the little boy had been posted on social media which his father had seen and then immediately rushed to pick up his toddler son.

“Because it takes a village and children, especially, are innocent,” the anonymous neighbor commented. Adding, “It is important that we stick together, that we help each other, that we go back to the things that our grandparents and their community used to do. That we build a sense of unity.”

As for the dog, little Kh’amorion apparently kept repeating the word “puppy,” seemingly enamored with his companion. However, his father did not think they could adopt the dog, and the local St. Louis police then considered taking the hero dog in.

What a sweet story that goes to show that indeed it does take a village to raise a child and that young parent need all the help they can get.

What do you think of this story? Let us know in the comments. And be sure to share this heartwarming story with your friends and family to put a smile on their faces too!