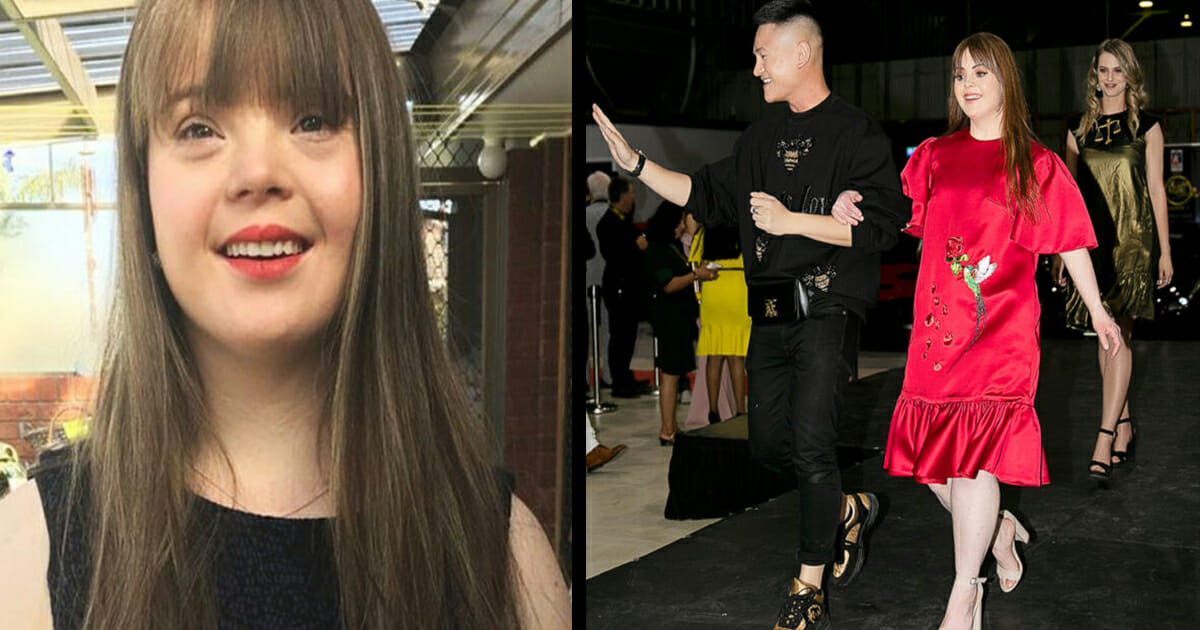 The youngster, who has Down syndrome, has always wanted to walk down a runway as a model, and wasn’t prepared to let any of society’s constraints hold her back.

Well, Katie was able to achieve her dream when she completed her very first solo stroll down a catwalk in Sydney, becoming a champion for diversity and inclusivity in the modeling business with one deft stroke.

Katie is coached by 2018 Miss Planet Australia Krysta Heath, and had a powerful message after making her debut on the runway. She said she simply wanted to “show the world just how beautiful I am.”

Harris’ dream became a reality after two teens from Bega Valley, New South Wales, realized that there was little in the way of inclusion when it came to disabilities and modeling. So they decided to host a show of their own.

As per reports, the Disability Trust NSW quickly became involved, ultimately resulting in Katie being chosen as one of 19 models for the show.

“I am beautiful from the inside and outside and I want to become a model so people can really see who I am,” Katie said in a Disability Trust Facebook post.

The 24-year-old may have Down syndrome, but any stigma attached to the condition hasn’t stopped her one bit. Moreover, she’s been praised for her authenticity. Her coach, Krysta Heath, says it’s just that which attracts the attention of the fashion industry.

“Just being yourself is what makes you beautiful,” she said.

Indeed! I think Katie Harris is a beautiful young girl, and talented as hell. I’m so happy she’s following her dreams no matter what.

Katie, I only wish I had half the strength and courage you possess! We wish you all the very best moving forward.