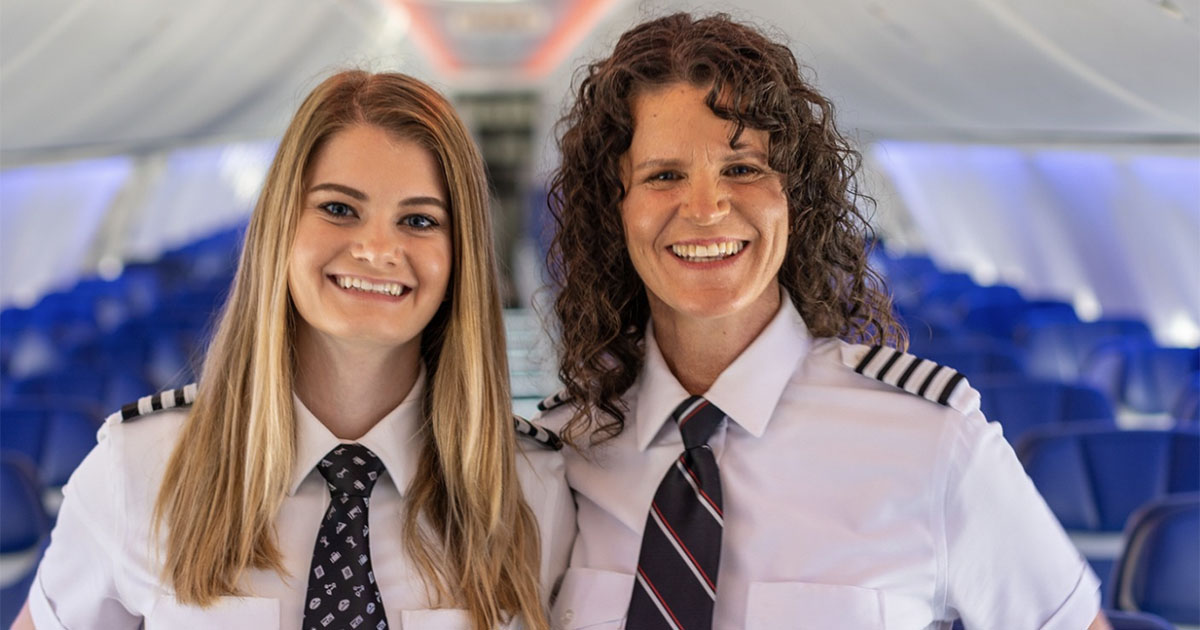 Following in your parent’s footsteps by adopting their profession is pretty great. But it’s even better when you get to work alongside them after doing so!

Holly Petitt and Keely Petitt are a mother and daughter duo. But something about them makes them much more unique than the average parent-child pair.

The mother and daughter happen to be co-workers as pilots for Southwest Airlines! Mom happens to be Captain Holly Petitt while daughter Keely Petitt serves as the First Officer.

The pair has already flown together, successfully taking Flight 3658 from Denver to St. Louis.

“First, I found this career and fell in love with it, and then that one of my kids fell into this and in love with this career too…It’s surreal,” Holly shared about their experience working together as pilots.

Holly began her career in aviation soon after college. She was working as a flight attendant for another airline when she decided she might be better suited to fly the plane herself. She was sitting in a jump seat when the thought occurred to her and after that, she worked on her certification while simulataneously raising her young family.

“I sat up there and just had an ‘aha!’ moment where I was (like), ‘This is it. This is what I want to do with the rest of my life. So I went home, told my husband Todd, and he laughed because we had three kids, the youngest was 1, Keely was just over 2, and Zoey was 3-and-a-half. That’s when I took my first flight lesson. He said, ‘Okay, let’s do this.’ And we just took it one step at a time,” she shared.

Her daughter Keely observed her mother’s career and at 14 years old, decided she wanted to pursue it as well. After that, she worked towards her certification and in 2019 gained her license. After gaining her license she worked for three years with regional carrier Horizon Air before joining Southwest in 2022.

“Southwest was always the end goal for me,” Keely said. “There was really never any other option.” Mom simply added, “It’s been a dream come true.”

What a sweet and inspiring story. We wish them the very best of luck in their careers!

Share this sweet story with your friends and family to make them smile!