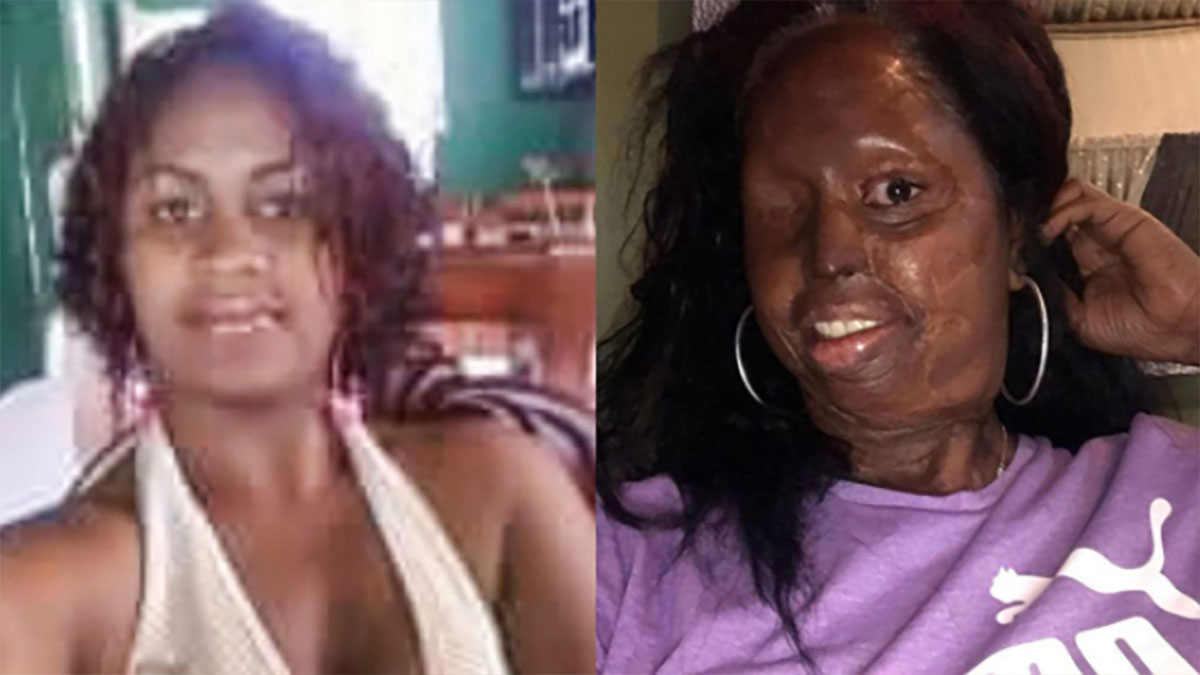 Esther Jimenez was going about her daily work routine when a man threw acid in her face, leaving her disfigured and blind in one eye.

She was 27 years old when it happened and after almost 30 painful surgeries to reconstruct her face over 9 years she is inspiring tens of thousands of followers around the world with her positivity.

Esther was attacked in the café where she worked in her native Dominican Republic in 2011 by a stranger who approached her and said he had something that had been “sent” to her.

“A guy came to the café and threw a  liquid at me that was a so-called “devil acid,” a mixture of sulfuric, chlorohydric and muriatic acids, she said as per The Tennessee Tribune.

She recalls the horrific pain she felt by the mixture burning her skin.

“I couldn’t take [the pain] anymore”, she said, adding bystanders tried to help by throwing water on her face.

To this day nobody has been arrested for the acid attack and she still doesn’t know why she was targeted offering “jealousy” as the only reason she can think of.

Esther says after the attack her nose drooped, she lost sight in one eye, which had to be removed, and she underwent a number of surgeries to transplant skin from different parts of her body to her face and neck.

Despite being disfigured by the horrific incident she is speaking out in defense of the victims of acid attacks and campaigning for longer jail sentences for those guilty of such crimes.

She has more than 70,000 followers on Instagram and regularly posts videos of herself and images showing the world that she is still a beautiful woman, something rarely done by acid attack victims.

“Before I had the acid thrown on me, I felt beautiful,” she said, as per The Sun newspaper.

“And even like this, burned, I look in the mirror, I look at this little eye that I cannot close properly, and still I say ‘look at the beautiful eye. I feel beautiful.'”

Esther said she lost many “alleged” friends after the attack and her boyfriend. Even her mom struggled to look at her, she said.

Thankfully her sister was a huge support and moved into her home to help care for her and her three kids.

Today she runs a second-hand business and is busy raising her now four children. The brave and beautiful fighter has a message for women who have suffered similar horrific attacks.

“I want them to feel as beautiful as I do. There are people with much fewer challenges than I have endured who still wish to die. I want to help those women and motivate them to keep on living and love themselves.”

Everyone needs to see how beautiful this woman is; beauty comes from within and Esther is a shining example of this.

Help us spread Esther’s important and inspirational message by sharing this story.