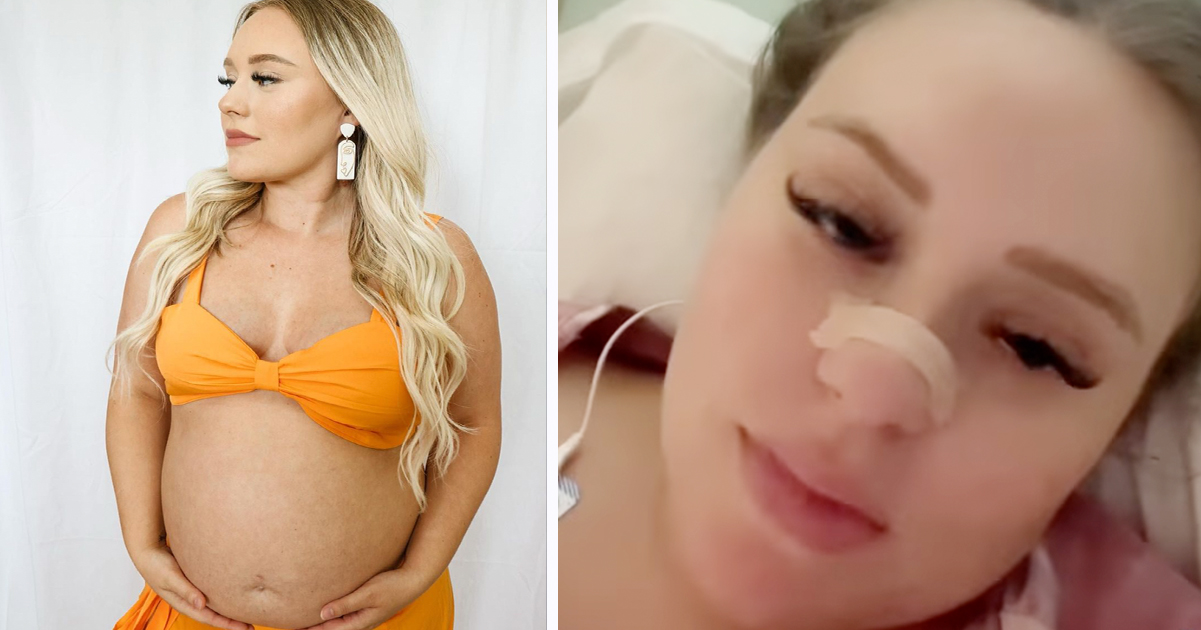 A mom-to-be from Jacksonville, Florida will give birth to her son for a second time in July after undergoing a cutting-edge operation to save the baby’s life.

According to reports in the New York Post, Jaiden Ashlea had a prenatal anatomy scan at 18 weeks pregnant back in March. The scan showed that her unborn son had spina bifida, a defect that affects a fetus’ spinal cord during gestation and is known to lead to learning and developmental disabilities, as well as paralysis.

23-year-old Jaiden said: “I was in shock. I couldn’t even speak when the doctor was telling us this.”

Tragically, Jaiden and her fiancé Noah Detrick, also 23, were told by doctors in Jacksonville that their son would be born “brain dead”, thus shattering their dreams.

“I remember saying to myself, ‘This isn’t real, this isn’t happening,” Ashlea said.

“It was a nightmare.”

Yet some tiny measure of hope was restored after Jaiden and Noah sought second and third opinions from specialists in Ohio. They told her of a new, cutting-edge surgery that, incredibly, could repair their son’s spine while he was still gestating.

The New York Post say that Jaiden underwent numerous medical tests to see if she and the baby were deemed well enough for such a procedure – only a few hundred mothers and babies are green-lighted each year – but was approved for the surgery at Orlando’s Winnie Palmer Hospital.

There are only 12 medical facilities across the US that perform the operation. Jaiden became the 31st mother to ever have the surgery done there.

So it was that around six weeks after being told of her unborn child having spina bifida, Jaiden was on the operating table. A cesarean incision was made along her stomach, and her waters were intentionally broken.

Doctors were then able to repair the abnormality with the L2 vertebrae in the baby’s lower back, before the baby was placed back into Jaiden’s belly. She was sewn up and given strict orders to rest in bed until her son is developed enough to be delivered by another C-section at 37 weeks.

“Since the surgery, [doctors have] seen so much more movement and signs of any malformation in his brain are reversing,” Jaiden said.

Amazingly, Jaiden also said that that physicians now expect her son to have almost no problems walking. He will more than likely have to undergo physical therapy until he’s 18 years old, even so, but his prognosis is markedly better than it was.

“He’s kicking his legs, and twisting his ankles in there,” Jaiden explained. “I can feel him moving.”

The mom-to-be shared her eye-catching story in a TikTok video with the caption: “Birthing my baby for him to be put back in and 11 weeks later be born again.”

Unsurprisingly, the video in question quickly went viral. At the time of writing it has amassed upwards of 2.2 million views.

“I’m excited for him to realize how many people were rooting for him, and how loved and special he is,” said Jaiden.

“Not everyone gets the chance to have this surgery. And I want him to know that God was on his side.”

She also revealed that she and Noah have named their little boy Levi James.

Wow! Talk about the wonders of modern science. I’m so happy this baby was given a second chance at life, and all before even being born in the first place!

Were you also amazed to read about Jaiden’s story? If so, please share this article on Facebook so that your friends and family can be equally amazed.