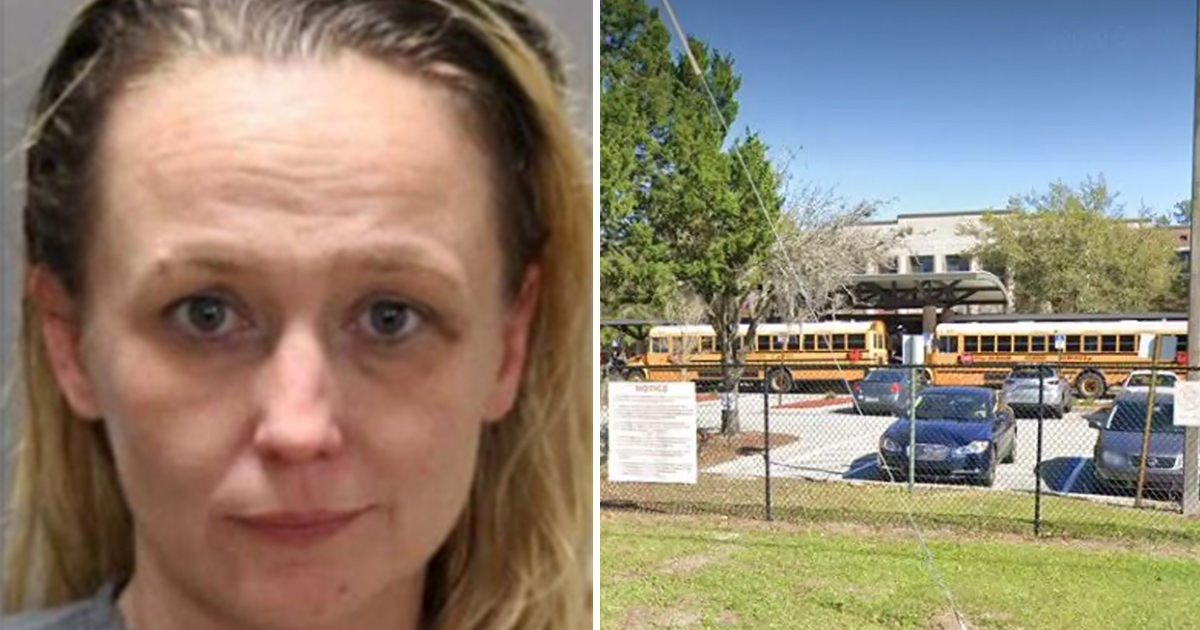 A mom has been charged with child abuse after she allegedly turned up at her daughter’s school wearing boxing gloves and attacked another student.

Edith Riddle was able to enter DuPont Middle School, in Jacksonville, Florida, with another adult and a high school student and attack the girl.

Police said Riddle was leaving the school with her daughter after a meeting with the vice principal. But instead of leaving the campus, police said the daughter walked out of her way through the cafeteria to engage the victim in a fight, as per KTLA5 News.

Video of the attack has been posted on Instagram and shows the 12-year-old victim on the ground surrounded by Riddle, a male adult, a middle schooler and a high school student.

According to police the student saw the victim and darted toward her, adding that Riddle then “joined in the affray and stood on the victim’s hair, as she lay on the pavement,” as reported by Action News Jax.

The report added that the victim was then punched several times in the head.

Riddle was reportedly wearing the glove during the attack, until staff managed to pull her away.

The 34-year-old told the school that the glove was “super glued” to her hand, as per media reports.

She was later arrested and charged with one count of child abuse with a personal or special weapon, while the victim reportedly suffered cuts to her knees and forearms and was taken to hospital for treatment.

Crystal Wiltsee, the mother of the victim, said her daughter is now scared as a result of the incident.

She said: “The moment that she chose to touch this one, it’s a whole other – and she’s just not to blame, I put the school to blame just as much as her, because had they escorted the lady off the property when they showed up to the school in boxing gloves. That’s not normal.”

Let’s hope lessons are learnt from this incident to ensure that students are properly protected while in school. To think this happened to a 12-year-old is horrific. Please share.