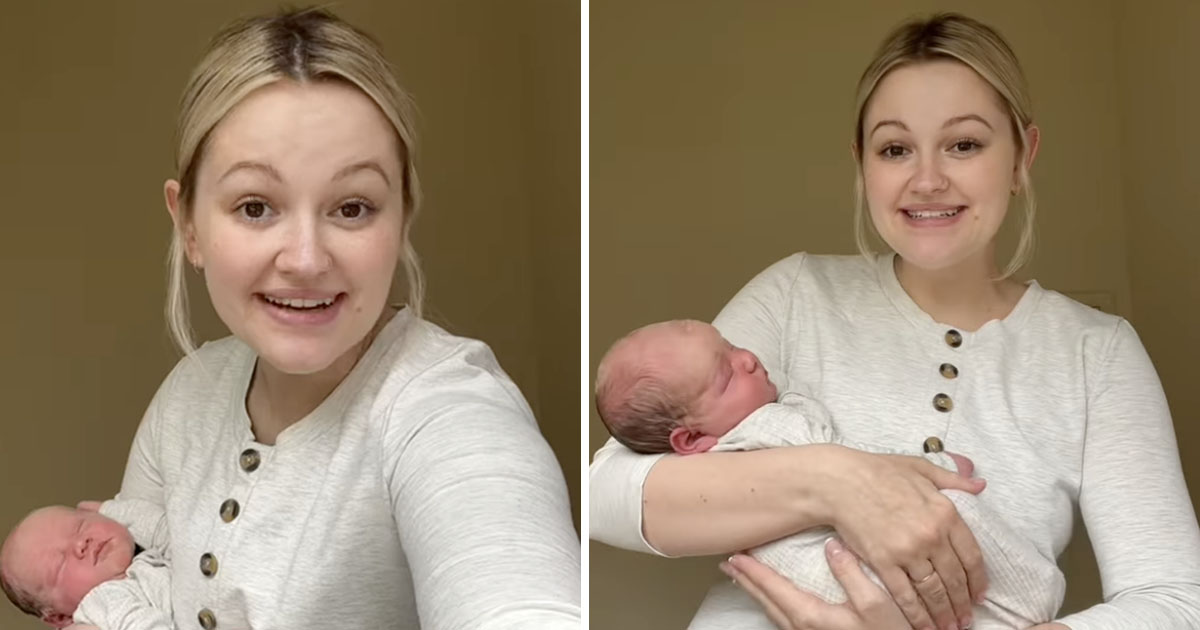 Becoming a mother can be an emotional experience for a lot of women. Every woman wants to make sure that she does it right and wants to do her best for her child.

Shahnta Hoare also wants the best for her newborn son but she also has some beliefs that she sticks by and is not willing to give up at any cost.

Mom of four and TikTok star Shahnta Hoare posted something on her account that divided opinions severely. She made a video saying she does not believe in cleaning off newborns. She is incredibly passionate about this issue and wants to ‘educate’ others about it as well.

The young mother thinks once newborns exit the womb, they should not be cleaned, the white gel-like goo on their bodies which is medically known as ‘vernix’ should remain. The creamy substance covers a newborn during the last trimester of a woman’s pregnancy.

When a baby is born, they are usually covered in a thick layer of vernix which hospital staff or nurses in the delivery room quickly clean off.

Hoare is not a first-time mom. She recalls her previous birthing experiences. She said with her first-born son, the nurses wiped down her son before she could say anything and the same thing happened in the second birth when she had her twin sons.

She was upset that she had not advocated for herself in the delivery room and with her third pregnancy vowed this would not happen.

“Ozzy did not get wiped of anything,” she explained in her video. “Like what you see in that video [of his birth] stayed on him until it just naturally came off.”

She was referring to a video made immediately after the birth of her son, where he visibly is covered in a white cast from the vernix.

Hoare says that vernix is really good for a baby. She said, “Vernix is actually really good to keep on their skin, it’s actually super super moisturising – it’s almost a little oily. He had it in his neck creases, his ears, fingers, toes – it’s the best.”

And while this may seem unpleasant to some, experts actually agree with Hoare. According to Dr. Harvey Karp’s website, vernix is also great at keeping babies warm. It also helps build up a baby’s immune system.

And because of these findings, delayed baths for newborns are catching on! In fact, World Health Organization recommends leaving it on for “at least 6 hours” and preferably for 24 hours after birth. Leaving it on longer than 24 hours though, might not be the best idea.

Hoare is aware that some people will be very against her and her idea. She said in her video, “I know it may be gross to some, but when it’s your own baby you’re like, ‘this stuff is so good.'”

She says while baths are not happening any time soon, she will still make sure that she cleans her baby properly when she changes his diaper.

Shahnta Hoare and her family are indeed beautiful.

Share her unorthodox parenting techniques with your friends and family to get to know what they think!