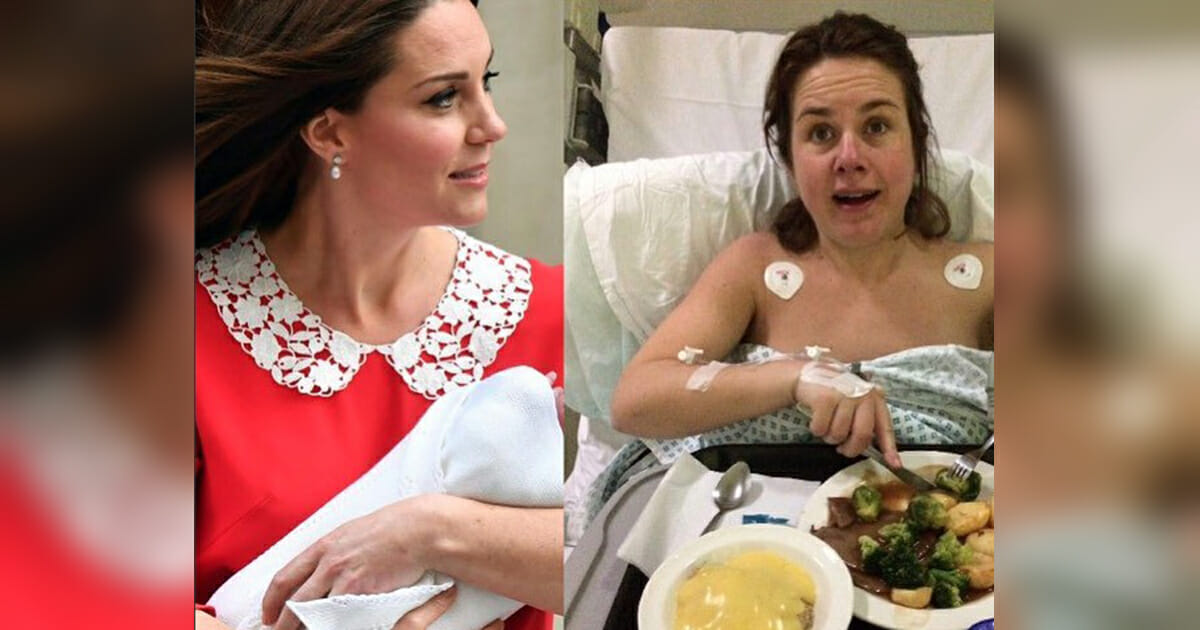 Great Britain has a new prince.

On Monday, Kate Middleton successfully delivered the third child of her and Prince William’s marriage.

Seven hours after the birth the couple appeared in front of the world’s media, with Kate looking so fresh that many were left to wonder how she’d risen from her labour bed to pose for photos.

It goes further than that, though. Now there are criticisms being fired at the royal household in blogs from mothers across the globe, according to the Daily Mail.

It was shortly before lunch on Monday – 11:01am local time, to be exact – that Britain welcomed its new prince. As-yet-unamed, he is the third child of Prince William and Kate Middleton’s marriage.

It’s unclear what the new baby will be called, but speculation suggests that Arthur, Albert, Frederick, James and Philip are the frontrunners.

Kate Middleton delivered her third child at St. Mary’s Hospital, London, as she did with Prince George, 4, and Princess Charlotte, 2.

Just seven hours after the birth, her and Prince William appeared before the world’s media to offer the first glimpses of the new prince. With his arrival, the line of succession is slightly altered; he sits fifth in line to the throne, after Princess Charlotte.

Kate, meanwhile, was praised for her choice of clothing. Certain magazines claimed she was paying tribute to the late Diana, Princess of Wales with her red dress/white collar combo.

At the same time, the royal family have been subjected to criticisms from mothers who believe Kate’s appearance so soon after giving birth was in bad taste.

Much of the backlash is centered around the fact that she appeared unblemished, with perfectly styled hair, make-up and high heels to complement her dashing dress.

As per the Daily Mail, TV and radio presenter, Katy Hill, wrote in her blog: “Kate was basically robbed of the intimate magic of those first few precious hours.”

There have also been comments coming thick and fast on social media, with several women admitting they’re against Kate’s media appearance.

Surely the photos op’s can wait a day or two?!
Honestly, major props to #KateMiddleton ?????? if I’d just birthed a human & someone told me i had to take said human out in the cold, put on a dress & smile i would have head butted them pic.twitter.com/VgjlAohSef

“I wanted to shout, ‘Nooooo Kate’. I don’t expect to see a woman hours after giving birth wearing tights and heels and earrings,” another woman said.

Some, however, defended Kate. TV presenter Saira Khan said: “I cannot believe that people are having a go because she made an effort. She looked fantastic. You know what, good for her.

“I think we need to stop beating women up. She’s out there pleasing the crowd which is her job.”

Okay. So I have 3 babies and never after birth I looked like even 1% of #KateMiddleton the same day.#WhatSorceryIsThis pic.twitter.com/Jl4G9WhEaz

The main criticisms focus around the idea that Kate should have been left alone to enjoy time with her newborn baby. The below picture from BBC reporter Nina Warhurst – where she compares herself seven hours after giving birth to a picture of Kate – has already been widely spread.

Here you go @janegarvey1 – me and Kate 7 hours post-natal…. I'm the one on the right, in case you're wondering…. @BBCWomansHour pic.twitter.com/6yf3H5a2T1

We want YOU to weigh in on the debate. Should Kate have been left alone? Were things handled appropriately? Let us know!