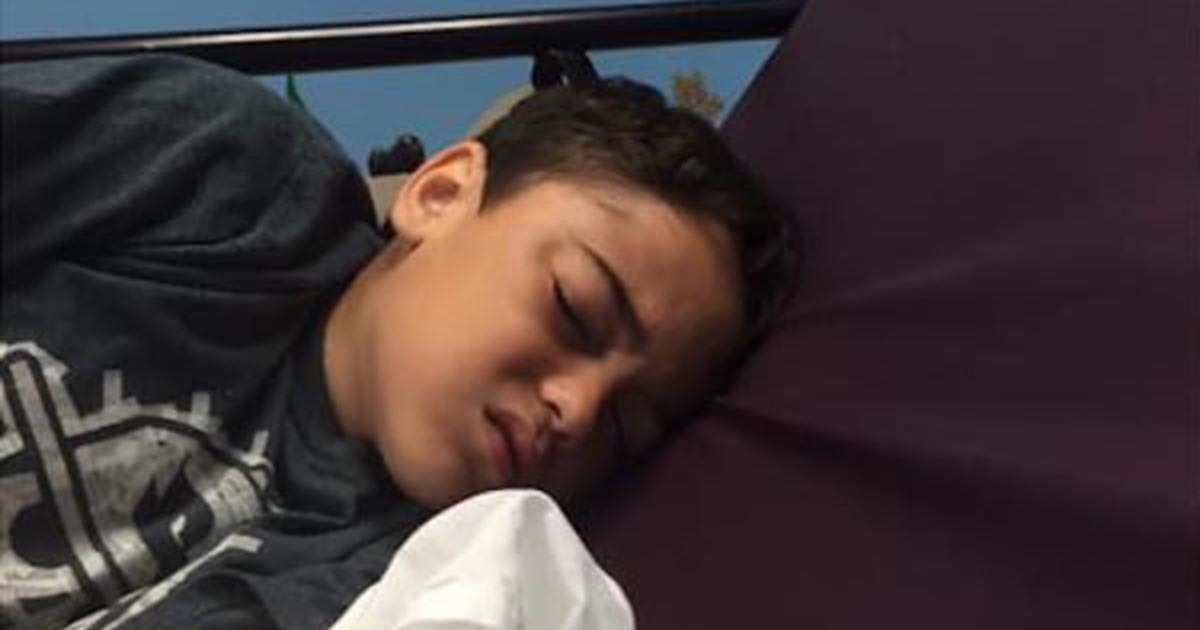 It’s almost impossible to emphasize enough how important it is to wear a helmet when bicycling. And it’s especially important for children, who don’t have the same balance or risk assessment skills that adults do. Accidents occur all of the time, and this mother is reminding parents how important wearing a helmet actually is. In March, when Tiffany’s 10-year-old son Jaden was riding his bicycle, he wasn’t wearing a helmet. The boy fell and hurt himself, but his only visible injuries were scrapes on his elbow and knee. On Facebook, Tiffany wrote: “He showed no signs of trauma and continued about his day.” So his accident wasn’t serious, then? Wrong.

Two days after 10-year-old Jaden fell off his bike, his mother, Tiffany, noticed he wasn’t his usual energetic self. He woke up with a headache, he didn’t eat, and the only thing he wanted to do was lie in bed. Tiffany became worried and carefully inspected her son’s body when she saw a swelling on his right temple. She touched, it felt strange and sticky, so he decided to take him to the hospital. And as soon as Jaden got in the car, he vomited.

Tiffany was now extremely concerned about her son. On Facebook, she repeated what doctors in the emergency room told her. “Once Jaden arrived at Saint Mary’s Children’s hospital a CT scan was done. The diagnosis was right temporal fracture of the skull and right temporal epidural hematoma. The doctors explained to me that my son need emergency surgery within the hour to try and save his life. The chances of him making it were a 50/50 chance.”

When doctors began surgery, they noticed that the damage was extensive. Thus, they had to perform a craniotomy, a surgical procedure where part of the skull is removed in order to access the brain. During the operation, they removed blood that had accumulated in Jaden’s head and even implanted a kind of wire mesh.

“We were told by the surgeon and other doctors that it was a miracle he survived. All other cases the kids never came out of surgery.

“On April 5th 2016 Jaden turned 11 with almost no permanent damage or disability. My family and I would like to thank the Trauma Surgical Team and PICU at Saint Mary’s Children’s hospital in West Palm Beach Florida.“

“I am telling you this in hopes to raise awareness for all children and adults why you need to wear a helmet. Help others be aware of the dangers of riding without the proper safety equipment. This can happen to anyone! The injuries my son had were equal to those in a motorcycle accident!

The pictures start from as soon as we came to the hospital, after surgery, 32 staples in his head, and the removal of the staples on April 13 2016.